Zoo keeper who stole two PENGUINS among £25,000 worth of rare birds is jailed for nearly three years


A ‘callous and cruel’ ex-zoo keeper who broke into his former workplace and stole £25,000 worth of rare birds including two penguins has today been jailed.

Bradley Tomes, 25, was rumbled after he sold two tiny Humboldt penguins named Pablo and Penny on Facebook to an animal collector who became suspicious.

He also stole 12 spoonbills which were the only group of the rare flamingos in the UK – and left eight of them to die in his care, a court heard.

Preston Crown Court heard how Tomes broke into South Lakes Safari in Cumbria, where he had worked for four years up until 2016, on two occasions.

The former bird-keeper carried out the ‘carefully coordinated’ burglaries in July and October 2018.

He was caught red handed when he tried to transport the penguins to the collector’s home and was arrested by officers during the exchange on January 16, 2019.

At the time he denied all matters and told officers he was an animal trader. 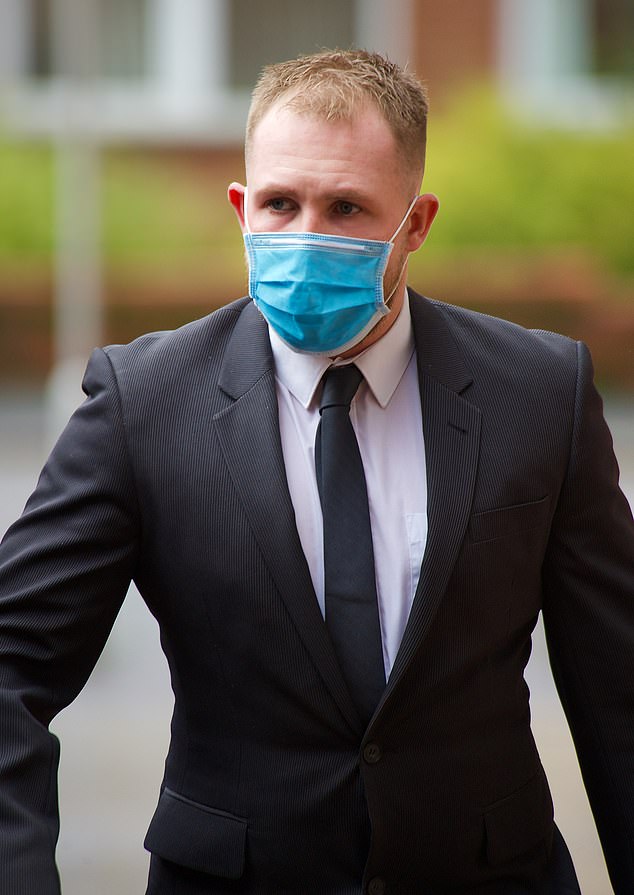 Ex-zoo keeper Bradley Tomes broke into his former workplace and stole £25,000 worth of rare birds including two penguins

The court heard how he made up a ‘ridiculous’ story claiming he had purchased the penguins for £1,500 from a man in Scotland.

But the rare penguins were microchipped and tracked back to the zoo.

Tomes pleaded guilty to stealing 12 spoonbill birds on July 22, 2018 and then two Humboldt penguins and three macaws on October 27 of the same year.

He also admitted transporting and selling the animals.

Tomes, of Preston, Lancs., was jailed for two years and eight months.

Judge Beverley Lunt told Tomes his actions demonstrated how ‘callous and selfish’ he was.

Jailing him, she said: ‘You carried out a carefully coordinated burglary.

‘You stole 12 spoonbills, these are rare birds. As a result of the damage caused by leaving a gaping hole, other birds also escaped which have never been seen again.

‘Three other spoonbills also escaped but thankfully were recovered. The others weren’t and their fate is unknown.

‘During your time at the zoo you had dealt with the aviary. So you knew this group of spoonbills was the only one in the UK.

‘You knew they were a family group from a breeding programme. You destroyed that group.

‘You didn’t care, you saw them as a commodity you could sell. You let eight die, so you caused even more suffering.

‘This was a callous and cruel crime. The only excuse you can make is that at the time you needed money for alcohol and drugs. Why would you steal 12 birds, which were worth £20,000?

‘You caused animals unnecessary suffering for your greed.

‘This crime demonstrates how callous and selfish you were.

‘You only cared about the money you could obtain.

‘You were arrested in January 2019 when you were caught red handed trying to retrieve the penguins you sold them to to avoid the police. 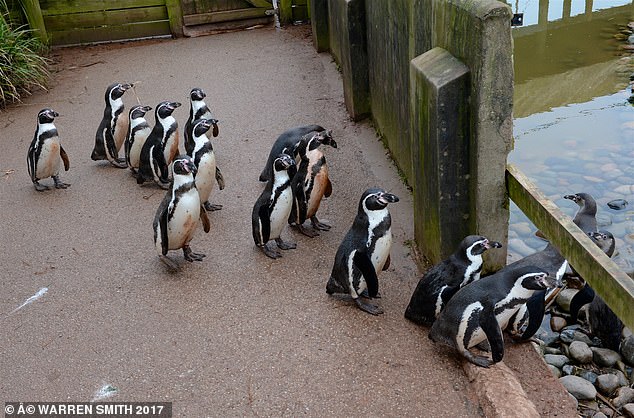 The court heard how he made up a ‘ridiculous’ story claiming he had purchased the penguins for £1,500 from a man in Scotland

‘You came up with a ridiculous story for how you came to have the penguins.’

Prosecutor Andrew Brown told the court how Tomes cut a hole in the side of an aviary late at night on July 22, 2018 to steal the rare tropical birds.

Sadly, none of the 12 spoonbills valued at more than £20,000 have been recovered since the defendant’s arrest.

The court heard eight died and the remaining four were sold.

Despite suspicions, investigators were unable to find sufficient evidence to arrest Tomes.

In October that year, he once again broke into the zoo.

Police visited Tomes’ home but were unable to find aviaries which would link him to the burglary but it was later discovered that he kept them at his uncle’s property.

Mitigating, Simon Christie told the court Tomes had turned to alcohol and drugs following the death of his grandmother and the breakdown of his relationship.

Mr Christie said: ‘Bradley Tomes was a young boy devoted to the care of animals.

‘When he was interviewed for the job at the zoo he had no qualifications but he impressed so much they took him on.

‘He was known for his ability to care for birds.

‘He was a very popular and devoted animal lover.

‘In 2018 there were a variety of significant problems which changed Bradley’s attitude and behaviour.

‘He lost his grandmother, his relationship broke down and he turned to alcohol and drugs.’

The court heard the defendant was convicted of animal neglect and sentenced to 20 weeks in prison suspended for a year in July 2019.