Two women who died in the past year from injuries they suffered during the 2017 Las Vegas massacre have been added to the official death toll – bringing fatalities to 60 – on the shooting’s third anniversary.

Clark County Sherrif Joe Lombardo revealed on Thursday that he officially increased the number of people killed in America’s deadliest mass shooting by two from 58.

Lombardo’s announcement came one day after MGM International and its insurers were ordered to pay $800million in settlements to more than 4,400 relatives and victims of the shooting.

Kimberly Gervais of Mira Loma, California, and Samanta Arjune of Las Vegas, Nevada, both suffered a ‘delayed death’ after being wounded in the gunfire, per the Las Vegas Review-Journal. 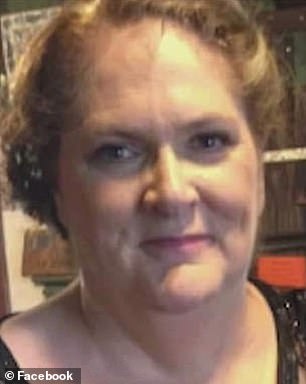 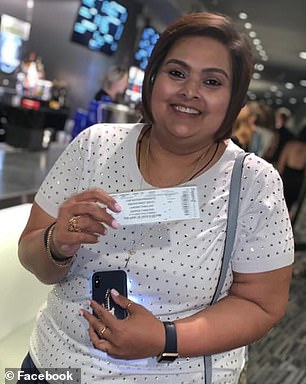 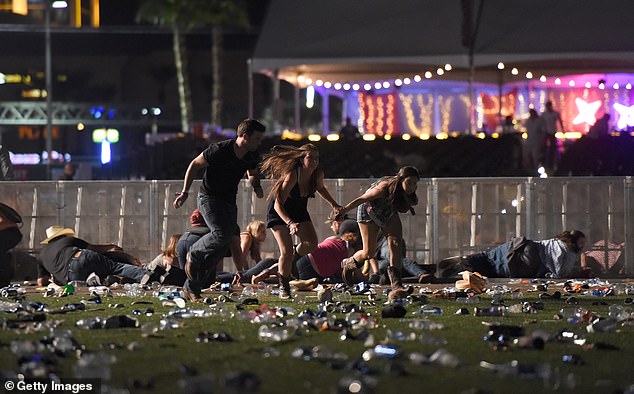 Gervais died at Redlands Community Hospital on November 15, 2019, after becoming a quadriplegic when a bullet struck her vertebra.

A previous report from the San Bernardino County Sheriff’s Department found that Gervais, 57, died of complications of the spinal injury related to the mass shooting.

Arjune died at a Las Vegas hospital on May 26 after a bullet lodged into her calf, intertwined with nerves in her leg and shattered the bone, a GoFundMe said.

She died of complications related to the injury, which her family said caused Arjune ‘extreme pain’ that ‘would last the rest of her life.’ She was 46.

‘Three years have passed since I stood before you and the public, and spoke about the worst human loss the community and the United States has ever known at the hands of a single suspect,’ Lobardo said at the annual 1 October Sunrise Remembrance ceremony on Thursday.

‘The thoughts of that tragic night and its aftermath still bring back painful emotions. The shock and the confusion – it does not fade from one’s memory.

‘And for many of the victims’ families, I know 1 October feels like three days ago. Not three years.’ 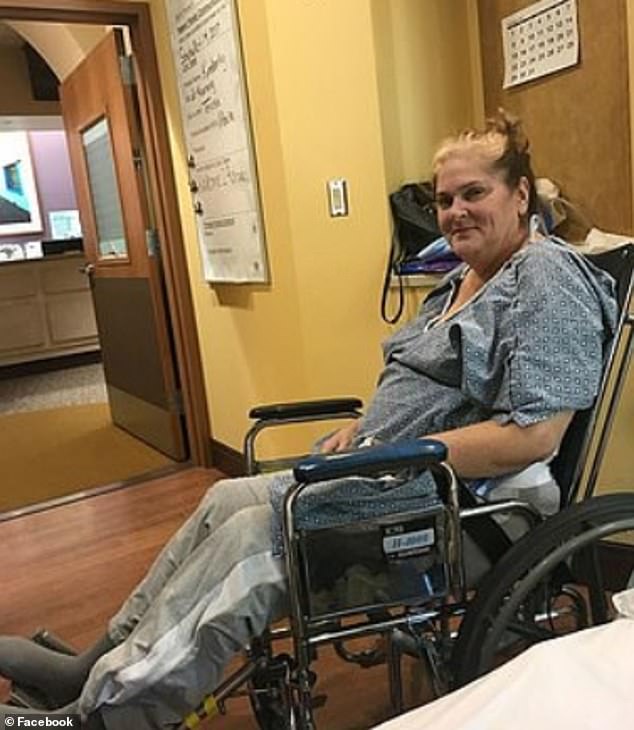 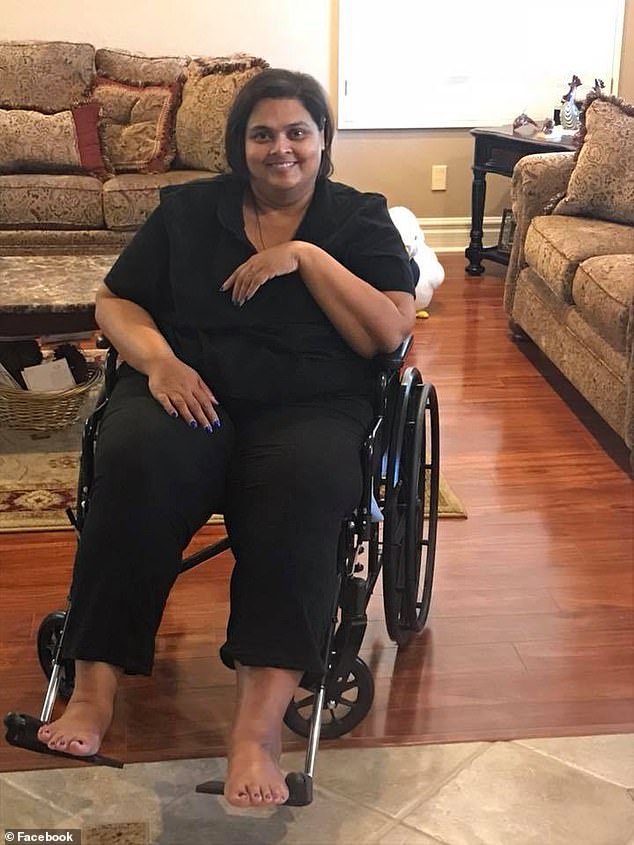 Arjune (pictured) died at a Las Vegas, Nevada, hospital on May 26 due to complications from her leg injury

The ceremony was held at the Clark County Government Center ampitheater with speakers including Nevada Gov. Steve Sisolak and Albert Rivera, the father of  21-year-old victim Jordyn Rivera.

On October 1, 2017, Stephen Paddock leveraged an assault rifle out of a 32nd floor window in his Mandalay Bay Resort suite and opened fire on some 22,000 Route 91 Harvest music festival attendees.

More than 850 were injured and dozens killed as Paddock unleashed a rapid-fire attack at people, who dashed and dove for cover at the open-air venue. 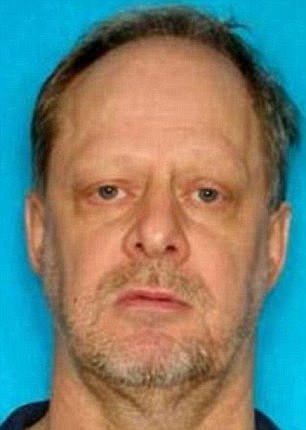 The gunman, Stephen Paddock (above), killed himself before police could make an arrest

Paddock committed suicide via gunshot and was dead by the time authorities reached his hotel suite. They found 23 guns inside he suite, as well as hundreds of rounds of ammunition.

Yesterday, a court approved millions in payouts from MGM Resorts International and its insurers.

MGM Resorts, owner of the hotel and the concert venue, acknowledged no liability with the settlement. It will pay $49 million, while its insurance companies will pay $751 million.

‘We are grateful that the decision brings families, victims and the community closer to closure,’ the company said in a statement.

It noted the anniversary of the October 1, 2017, event, calling it ‘a time of great sadness and reflection.’

Memorial ceremonies were scheduled on Thursday at several venues in Las Vegas, including a reading of the names of the slain beginning at 10:05pm – the time the first shots rang out.

Attorney Robert Eglet, the plaintiffs’ lawyer who spent a year arranging the settlement with clients, legal firms and attorneys in at least 10 states, said amounts to be disbursed will be determined by two retired judges and he’s hopeful that payments will begin going out by the end of the year. 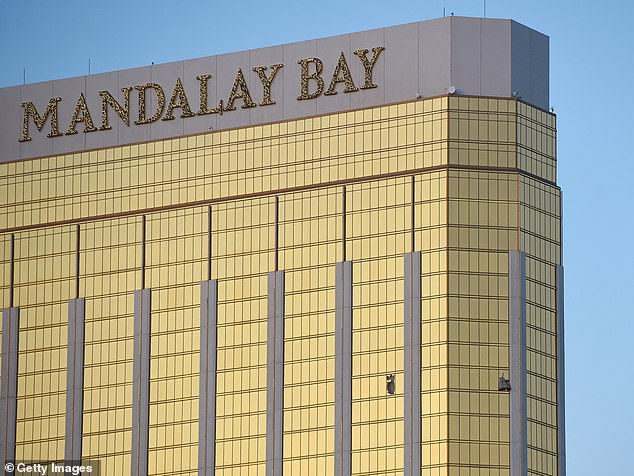 ‘There’ve been no objections and we expect no appeals,’ Eglet told The Associated Press.

‘We’ll send out notices of the order. After 30 days the $800million will be deposited.’

The case will be dismissed at that time, he added.

Eglet previously said that everyone involved ‘recognized there are no winners in long, drawn-out litigation with multiple trials where people and the community are reliving the event every time we try a case.’

A line-by-line list of victims, identified by their initials only, runs for more than 170 pages of a 225-page civil complaint filed September 9 seeking compensation and punitive damages from MGM Resorts.

It accused the casino company of negligence, wrongful death and liability in the 2017 shooting. 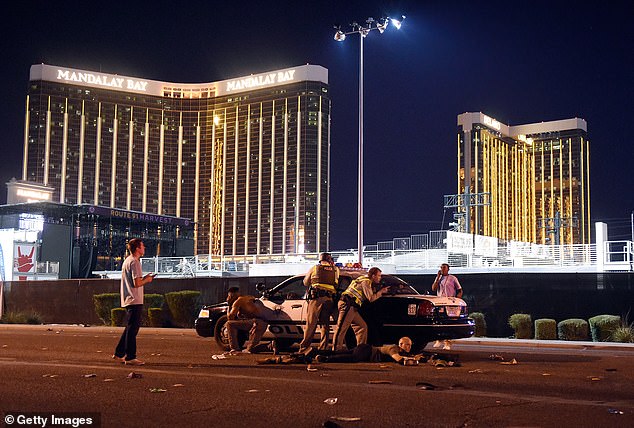 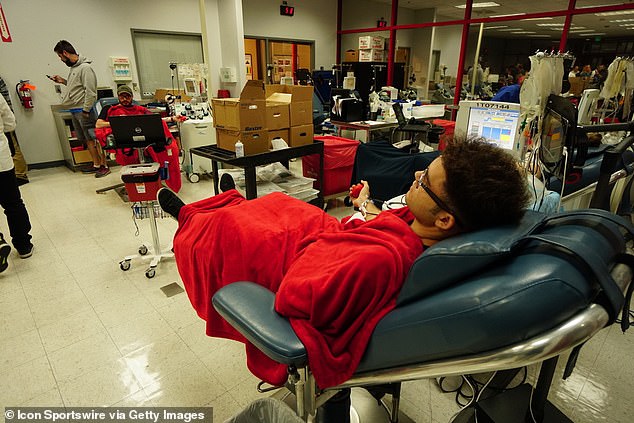 Millions of dollars could go to the most severely and permanently injured, Eglet said, depending on factors including age, number of dependents, type of injuries, previous and future medical treatment, and ability to work.

A minimum $5,000 would go to each person who filed a claim for unseen injuries and did not seek medical attention or therapy.

Court filings in the case don’t mention the gunman, Stephen Paddock, who killed himself before police closed in.

They theorized he may have sought notoriety, but said they never determined a clear motive for the attack.

FANTASY FOOTBALL EXPERT: It is impossible to ignore Dominic Calvert-Lewin any longer

How to avoid another Trump-Biden 'car-crash' debate

Self Help for Your Nerves : Learn to Relax and Enjoy Life Again by Overcoming Stress and Fear