Now the expected simulation game Microsoft Flight Simulator 2020 is available for purchase on the stores, and the game comes from the development of the Asobo Studio team and published by Xbox Games Studios.
Since the launch of Microsoft Flight Simulator 2020, and it is in a great state of controversy, we have so far seen a group of reviews that gave the game the full mark, literally, but at the same time we find player ratings on the Steam store very much medium.

In any case, do not worry, dear reader, we are now reviewing the game and trying it, so expect during the next few days a detailed review about this game and until the review is published, you can learn about some of the most important information about the game.

You can go anywhere in the world. 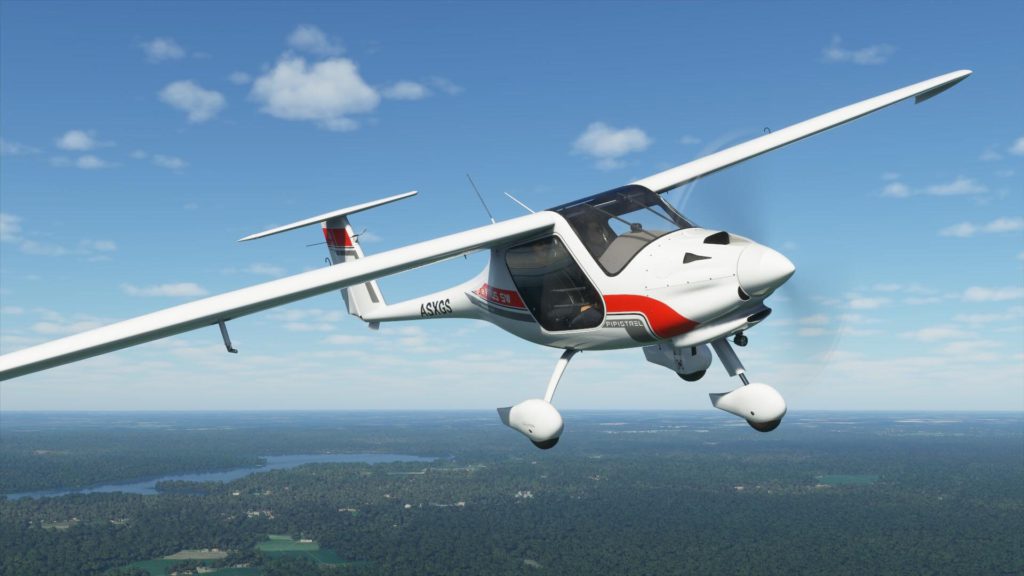 Yes, dear reader, Microsoft Flight Simulator has a map of the whole globe and you can literally visit anywhere in the world you want.

Here we are not talking about a world map designed in a non-reality, as if there is only the Arab Republic of Egypt as a name, but we are talking about a very high degree of realism as all cities were simulated, whether in terms of the shape and extension of the roads or even the shape of the buildings themselves.

The game contains literally all the buildings of the world and any country you inhabit you will find and you can fly over it, a very large set of data was taken from the Bing search engine where a space survey of the globe was taken almost and then the developer Asobo transformed the 2D images into a living and three-dimensional world By lots and lots of hard manual work.

There are all airports in the world. 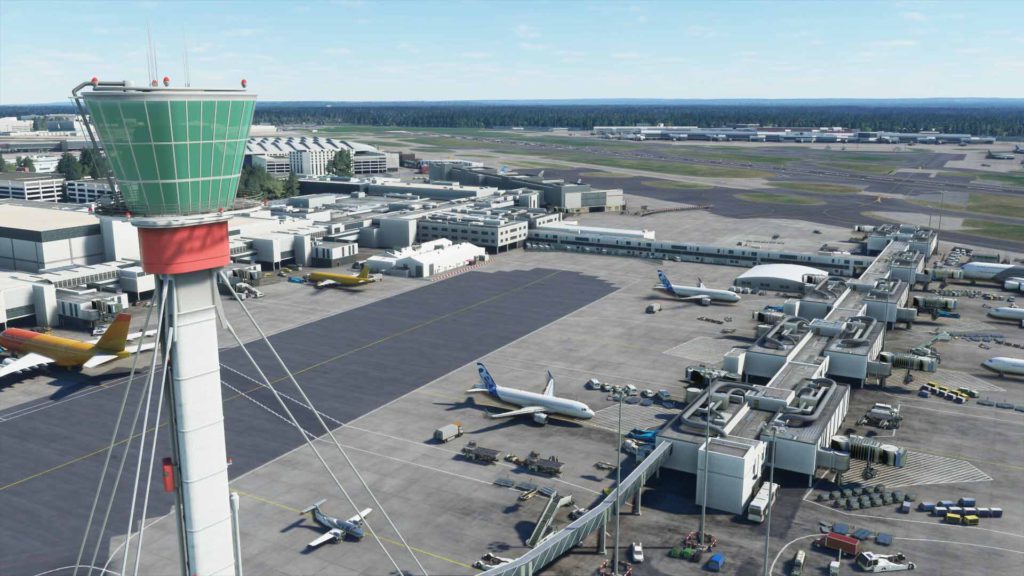 The game contains all airports in the world, yes, 37,000 airports around the world have been added to the game map and you can fly to any airport of them.

The same technology was used to record all this number of airports, as it was scanned using the satellite of the Bing engine, and then the developer manually worked on all these airports from the inside to ensure the realism of the design and a very high simulation degree.

Realistic flying action has been added within Microsoft Flight Simulator 2020 game to give the greatest realism and perfect flying experience.

It’s really cool, because every flight you will see next to you and the game was not another player, it will in fact be a real flight taking place in the real world at the same time.

Of course, for this system to work, the game needs to be connected to the Internet, and when this connection is disconnected, the game will not be able to access the real air traffic to simulate it. 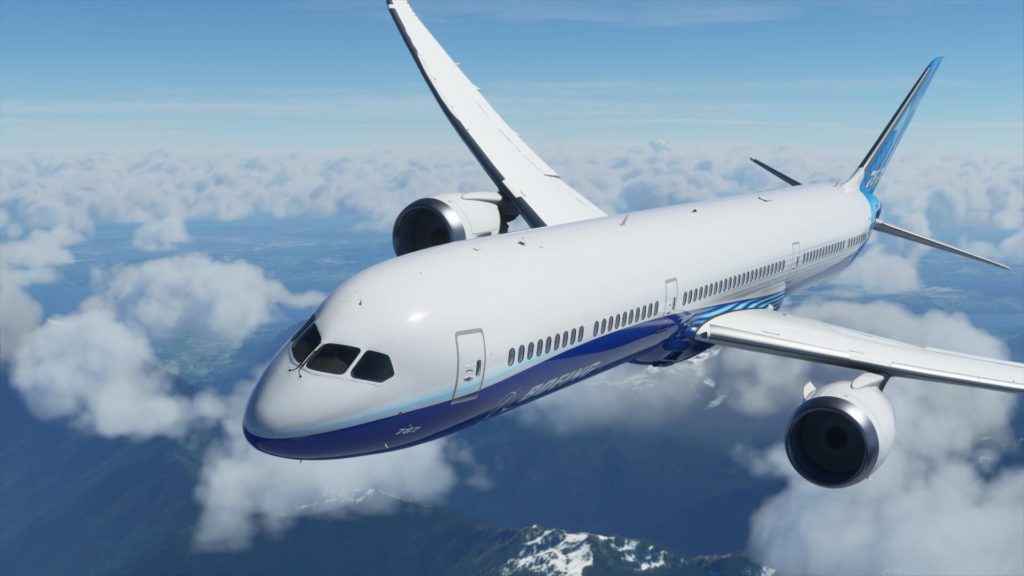 Real weather elements have been added within the game such as cold and hot depressions, humidity levels, etc. These elements cause common cosmic phenomena such as storm surges or rain.

When your plane passes through one of these storms, it will of course be affected and the difficulty level of controlling the plane will increase due to the physical elements caused by the storm.

In fact, I do not know how realistic this simulation is, but in any case, the game is under review at the moment and all we have to do is wait until we experience these atmospheric elements and their impact on the flying experience.

Places we recommend you visit if you purchase the game. 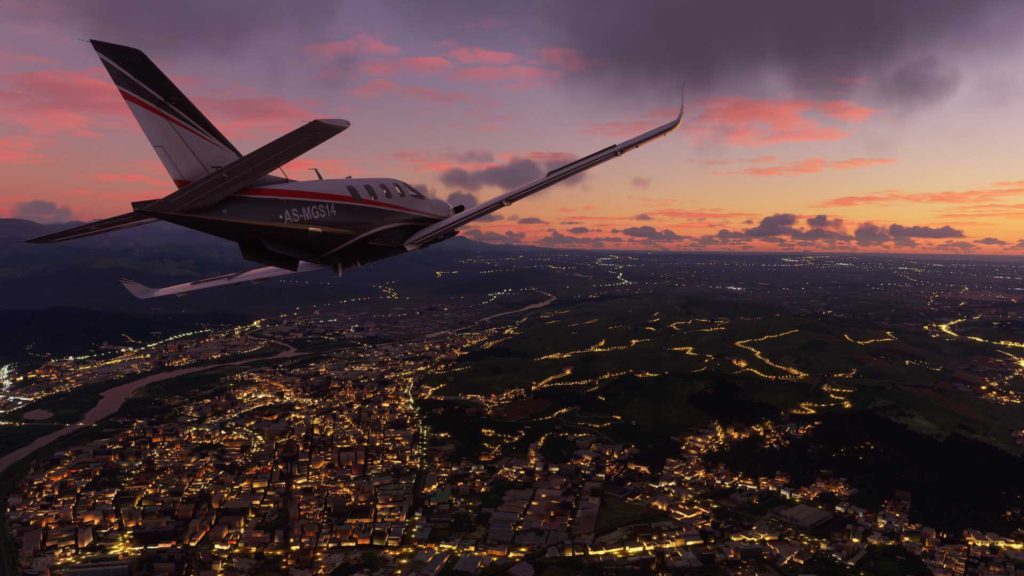 Cairo – The Pyramids of Giza.

Cairo is one of the most famous ancient Arab cities, and although the city is primarily inhabited, it has some important tourist attractions that can be visited on your private plane.

The most prominent of these features is the three pyramids of Giza, which is one of the ancient wonders of the world. Personally, I visited the pyramids in nature and I can tell you that these pyramids were the most majestic building I have seen in my entire life.

I think that the scenery will be wonderful inside the game and an excellent opportunity if you have never visited this wonderful cultural building, and in order to go to the pyramids, you can go to Cairo International Airport, as it is the closest point to this landmark.

This region is considered one of the most famous areas on the planet, as this region is famous for its frequent and numerous accidents, whether by aircraft or ships, in the recent period a group of reports has begun to appear that confirm that it is a completely normal area and the rates of accidents in it are completely similar to the rest of the ratios in various oceans.

But what reputation the region has is not good at all, especially since the accidents were massively and frightening. It is interesting to explore this area inside the game and see how you will deal with it in the first place and whether you can cross it peacefully or not.

If you do not know the location of the Bermuda region, it is a region located in the Atlantic Ocean in the form of a triangle between Bermuda, Puerto Rico and Florida in the United States of America.

As mentioned before, the game simulated the map of the world completely and accurately, so it will be a very good opportunity to explore your city from above the clouds.

Personally, I explored the city of Alexandria in the Arab Republic of Egypt and was surprised by the size of the realism in the game, as it is very similar to the real city, but for several years, of course there are some differences between the current situation and the game, but the experience in general was unique as you see your city from above the clouds.

The Great Barrier Reef is located in the north of the Australian continent near Queensland, and it is a very huge formation of coral reefs that made this reef the largest reef on the face of the planet.

The coral reefs in the reef are very diverse and numerous, as well as the marine life, which was positively reflected in the shape of the area from the top, as it witnesses due to this diversity a very large diversity in the water levels themselves.

I do not know, in fact, how true this information is, but the Great Barrier Reef is one of the most places in the seas that overlap with shades of blue, so I think that a visit to your plane to northern Australia may provide you with a great trip, but I advise you to fly a little lower so that you can enjoy the beautiful landscapes.

Let’s start first with Hong Kong, which is one of the most populated cities and the city is characterized by very dense buildings towering to a great extent, which makes the shape of the city from the top very attractive, and you can reach the city easily by searching for Hong Kong International Airport on the map.

As for the city of Paris, this city will still have a special charm, especially during the evening, and a visit to your little plane around the Eiffel Tower in the evening will surprise you.

Similar to Hong Kong, you can go to Paris by searching for Paris “Charles de Gaulle” International Airport.