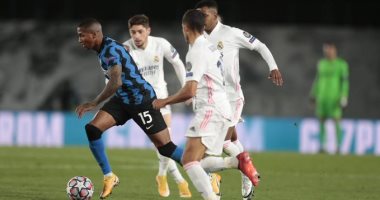 Real Madrid will visit Inter Milan at 9:00 pm today, Wednesday, at Giuseppe Meazza Stadium, in the first round of Group D of the Champions League.

On the other hand, Inter Milan, under the leadership of Simone Inzaghi, has the same strength that the team had with former coach Antonio Conte, who led the Nerazzurri to achieve the Scudetto title last season.

Inter Milan achieved two wins and a draw, in the first 3 matches of the Italian League, to occupy the fourth place with 7 points.

A competition to stand on movable ropes tied at a height of 450 meters in the Alps..Video

5 healthy foods that you can eat after exercise.. will relax your muscles and give you energy

5 healthy foods that you can eat after exercise.. will relax your muscles and give you energy