Today, Saturday, the Libyan Football Association announced the list of the team called up to face Egypt’s first national team back and forth next October in the third and fourth round of the 2022 World Cup qualifiers..

Clemente’s choices for the Libyan national team were as follows: 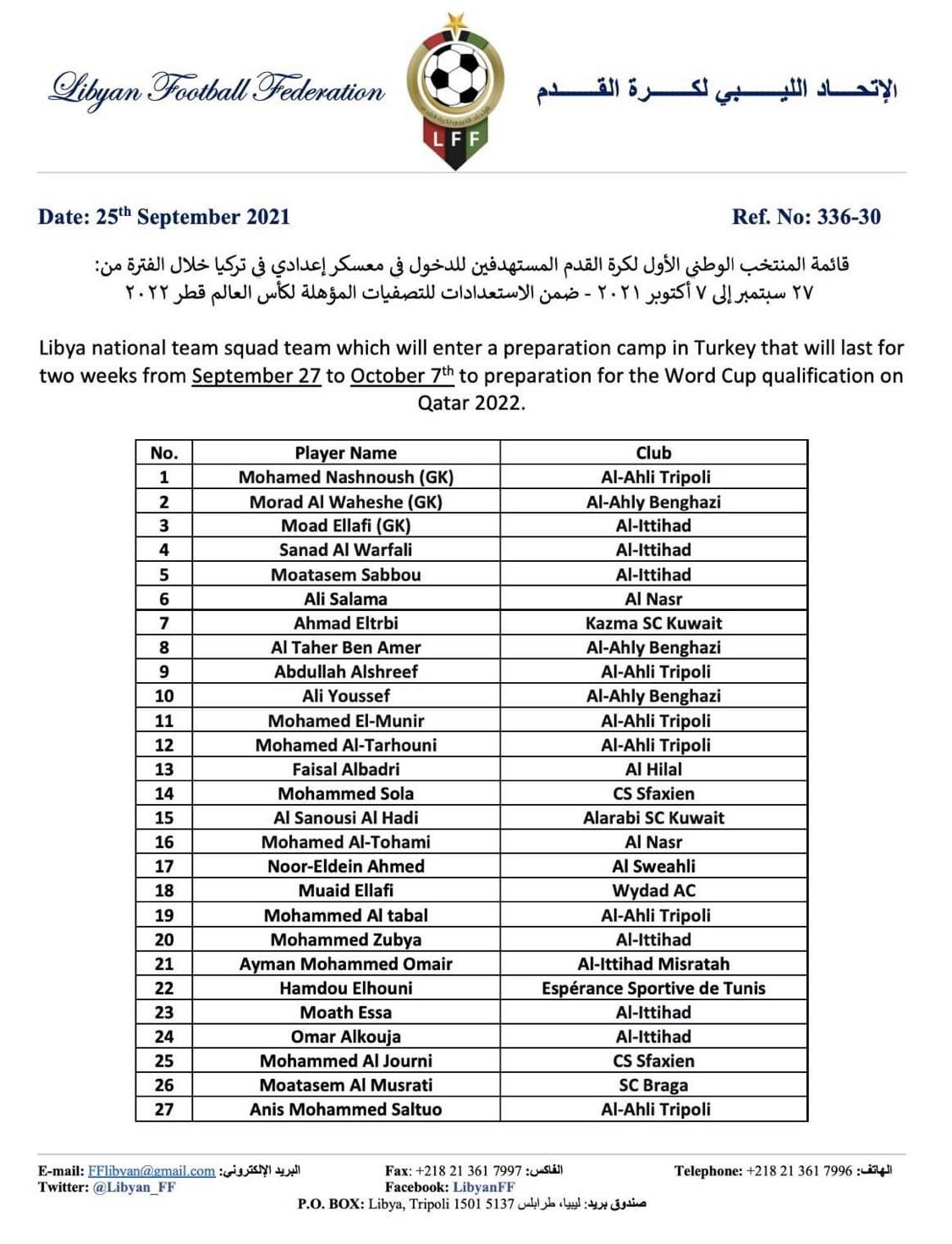 Libya tops Group F with the full score, after beating Gabon 2-1 and then beating hosts Angola with a goal by Omar Al-Khoja, while Egypt comes in the group runners-up after its victory over Angola and its draw against Gabon..

The two Arab teams will meet at Borg El Arab Stadium in Alexandria on October 8, and after 3 days they will face each other at the Benina Martyrs Stadium in Benghazi..

The group champion qualifies for the final stage of the qualifiers, in which 5 teams will face 5, and the winners will reach the World Cup.

In the last two rounds, Egypt will play its host Angola and then host Gabon in November.

Libya did not participate in the World Cup before, while Egypt was eliminated from the first round in 1934, 1990 and 2018.

The Libyan Football Association revealed that the national team will organize a preparatory camp for the two matches in Turkey from September 27 to October 7 next.