Alexander Zverev boosted his chances of reaching the semi-finals of the Nitto ATP Finals with a three-set win over Diego Schwartzman.

Zverev, the 2018 champion, was dejected after losing to Daniil Medvedev in his opening match, and there were plenty of holes to pick in this performance, too, but the German emerged a 6-3 4-6 6-3 winner.

Argentinian debutant Schwartzman was staring at a second convincing loss after Monday’s defeat by Novak Djokovic when he trailed 3-1 in the second set and faced points for a double break. 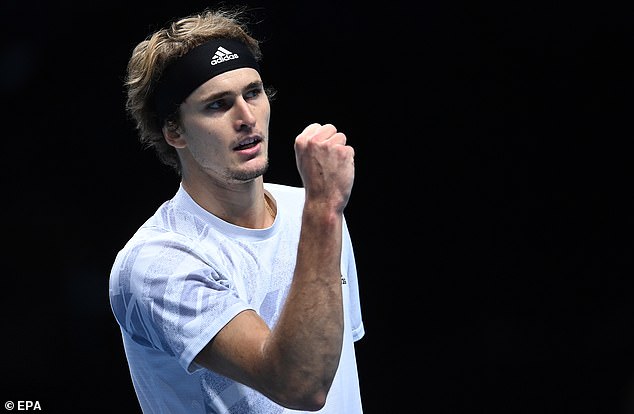 Alexander Zverev secured a 6-3, 4-6, 6-3 victory as he edged past Diego Schwartzman 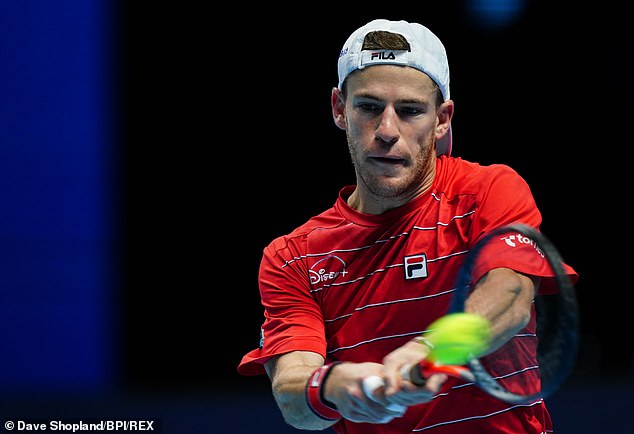 But he fought back to win five out of the next six games and take the match to a decider. It was Zverev who stepped up when it mattered, though, winning five of the last six games to end the match.

The German will need to beat Djokovic on Friday to have a chance of reaching the last four, and will surely need to play at a consistently-higher level. 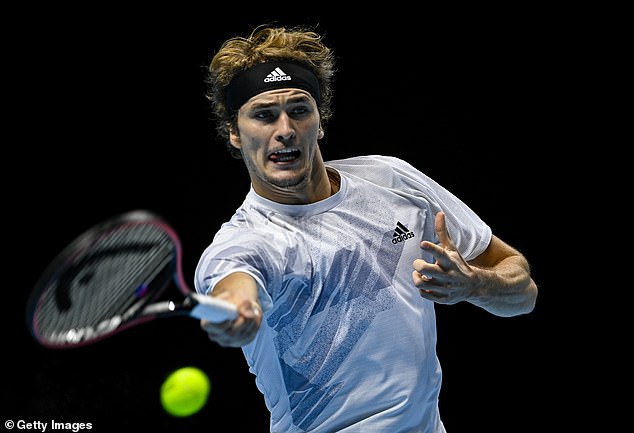 He said in his on-court interview: ‘It was much better than on Monday. Diego’s a very difficult player.

‘I’m happy to get the win, I’m happy to give myself a chance. Friday is going to be the most difficult match you can have here against Novak. I’m looking forward to it.’

Are these ‘The Boys’ that George Clooney each gave $1million to?