‘Anyone want a job?’ Inside the town so desperate for workers they are begging for staff on Facebook


A Queensland town is so desperate to fill vacant roles that business owners have been forced to beg for workers on Facebook.

The Burke and Wills Roadhouse in Four Ways, an Outback town 1,500km from Brisbane in far-north Queensland, is struggling to find employees to share the workload, with owners saying they’re close to being ‘burnt out’ after a boom in business.

Owners of the roadhouse are struggling to ‘keep their heads above water’ due to a limited workforce – with overseas backpackers banned from entering Australia and taking up regional jobs.

The situation has left many regional towns in crisis, with farmers among the worst hit with few fruit pickers to help with the harvest.

Queensland currently has the most available job advertisements on SEEK across Australia, with 35,500 vacant positions. 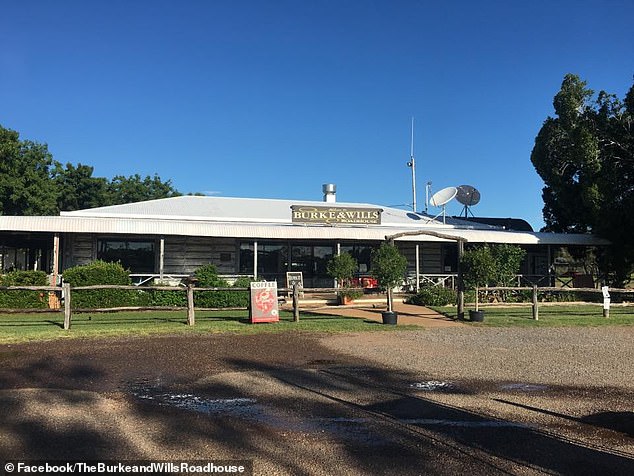 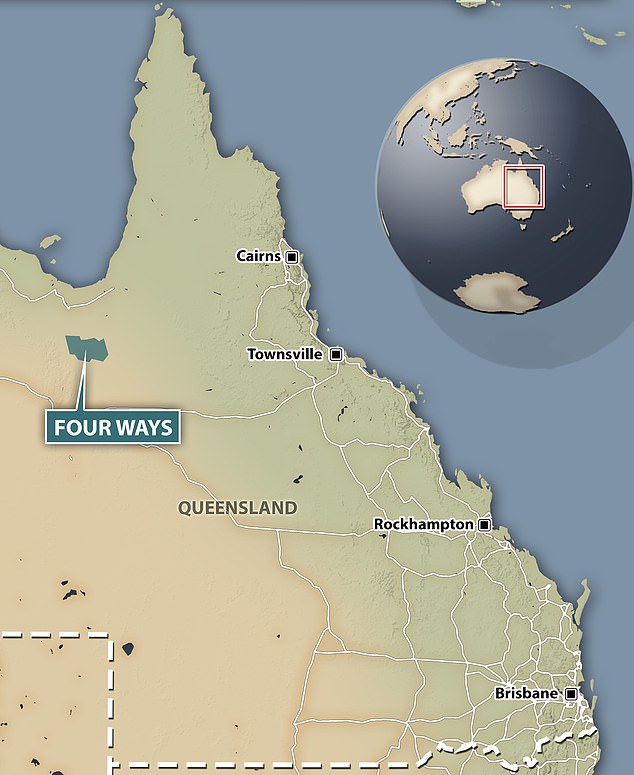 The Burke and Wills Roadhouse was inundated with reservations after an increase in domestic travellers due to a ban on international travel.

‘It’s amazingly great business for, and we love everyone,’ the owners wrote.

‘We are however getting burnt out, exhausted, tired and sick of complaining about not being able to find help. Where is everyone?

‘There’s no backpackers travelling the country but where are all the Australians who would love to work at this great spot hiding? We need your help!’

The owners wrote that a number of similar roadhouse businesses are being forced to shut their doors as they didn’t have enough staff, having usually benefitted from an influx of round-the-year travellers opting for casual work. 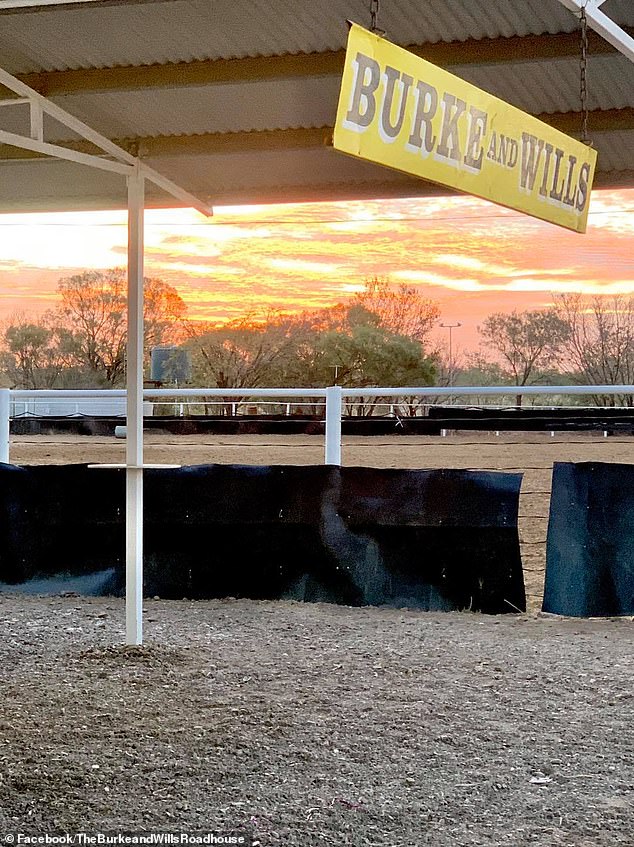 ‘Other businesses are closing their doors for certain days during the week, reducing their opening hours or closing all together,’ the owners said.

‘All because no one can find help. We are now at our very own crossroads.’

Burke and Wills Roadhouse is not the only local business struggling to find workers, with others forced to send out more than 1,000 messages looking for staff.

‘A good friend of ours who owns another great Australian roadhouse has posted over 1,200 messages/posts looking for people with no success,’ they wrote. 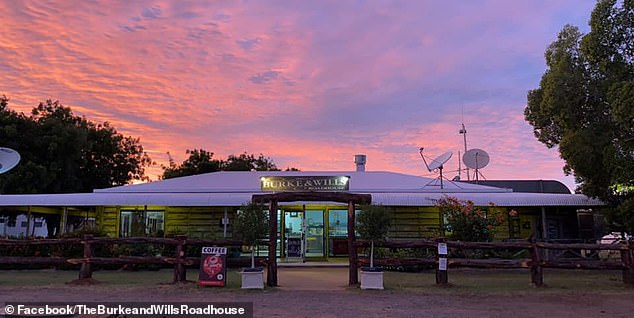 ‘We are cooking over a couple hundred meals a day, we have six bus tour companies already booked in to stop by from May onwards & others interested in pulling in,’ the owners wrote.

‘We’ve been fully booked out with our accommodation rooms most of the last month and the next two months.’

To compound the problem, the owners are having people pull out of shifts last minute and prospective workers not even replying to messages.

‘No one replies to our job ads, some have committed to coming but then pull out last minute, others don’t bother to answer our messages,’ they wrote.

‘Every remote town/roadhouse/pub in all the surrounding towns are all in the same situation; no-one can find employees.’

As the roadhouse struggles to find employees, Queensland currently has an unemployment rate of 5.9 per cent – which is 0.3 per cent higher than the national average.

As a result of the jobs surplus, employers have asked the Federal Government for an extension of the working holiday maker visa and the seasonal workers program – allowing casual overseas workers already in Australia to continue to help out. 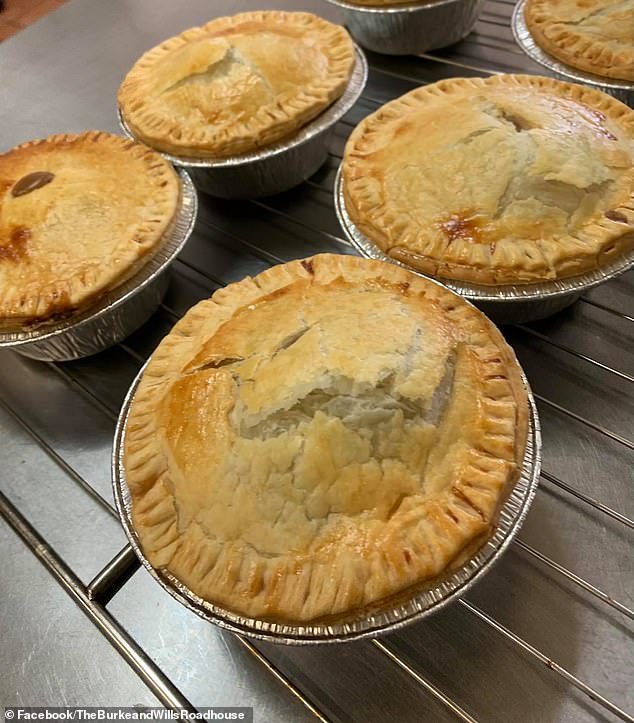 The roadhouse’s owners say they’ve been inundated with bookings, cooking several hundred meals a day and seeing six bus tours stop by every day – with Australians enjoying more domestic holidays than ever before

The lack of seasonal and international travellers has left a gaping hole in the workforce, as Richard Shannon at Queensland’s peak horticulture body Growcom explained.

‘We already knew it before COVID, but it certainly highlighted our over-reliance of backpackers,’ he said.

‘We need to re-balance our workforce toward a more willing, more productive, more secure workforce.’ 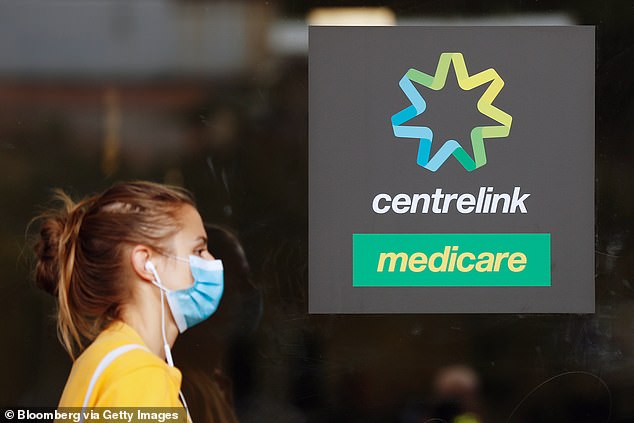 The Burke and Wills Roadhouse has begun speculating about potential changes to their business if they aren’t able to find employees.

‘We are going to have to make some hard decisions shortly as to what day or days of the week we stay open,’ they wrote.

‘Do we reduce our opening hours right down, do we only sell fuel & cold drinks & reduce our menu to toasted sandwiches & quick fried takeaways?’

A Federal Government initiative is offering $6,000 to workers if they relocate to a regional area, but within its first few months only 148 people took up the offer.