An Australian ex-Muslim activist who was charged with blasphemy in Tanzania claims she received rape and death threats after she was arrested.

Zara Kay, who was born in the African country, was locked up in Dar es Salaam on December 28 for 32 hours where she was allegedly questioned as to why she left Islam.

Two months later on Thursday, Ms Kay finally arrived in Brisbane claiming that she was ‘put through hell’ trying to leave the country. 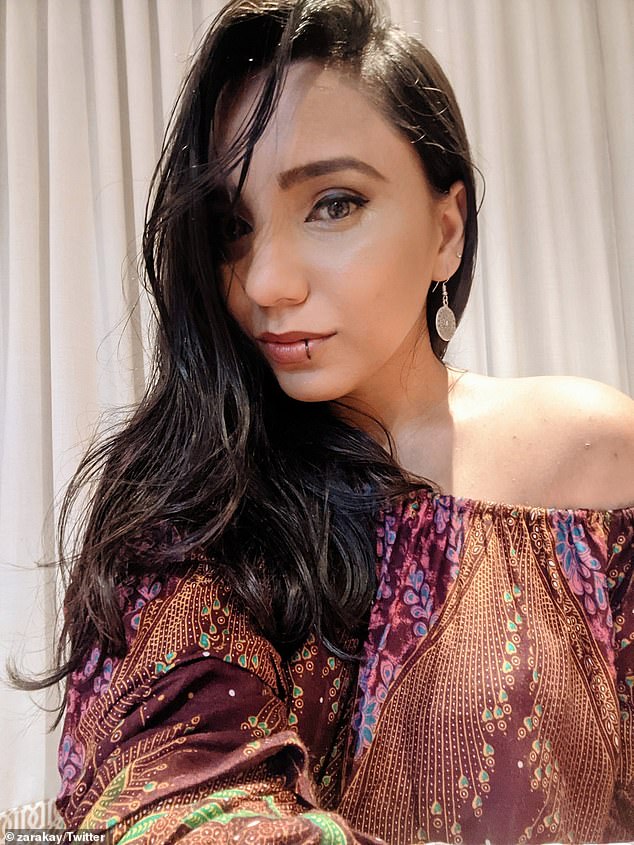 ‘I have been put through hell since December 2020. I was arrested, detained and threatened with criminal proceedings for social media posts, for my activism and my human rights work,’ she said in a statement.

‘I was trapped in Tanzania because the police seized, then ”lost”, my Australian passport.

‘I received regular threats, including rape and death threats. The Tanzanian police and immigration officers tried to stop me leaving the country.’

She said the ordeal was not only ‘terrifying to me but for my family’.

When Ms Kay was detained, her personal belongings, including her passport, were confiscated. 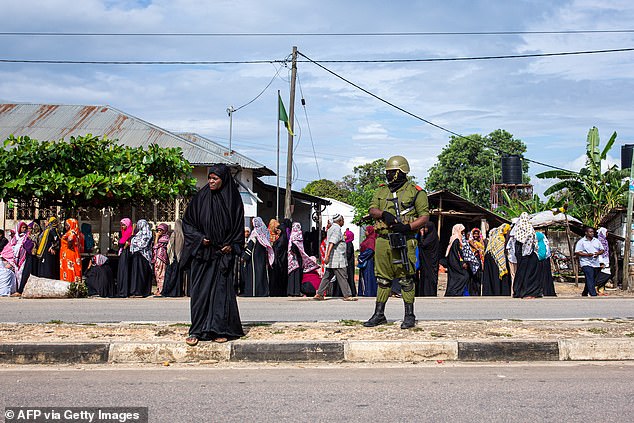 Officers grilled her about why she left Islam, as well as about a social media post she made about the nation’s handling of the coronavirus pandemic.

She was eventually charged over a satirical post she allegedly made about the country’s coronavirus response and let go after three days.

However, despite being released, Ms Kay could not leave the country with out her passport.

The Department of Foreign Affairs at the time confirmed consular assistance was provided to an Australian passport holder in Tanzania. 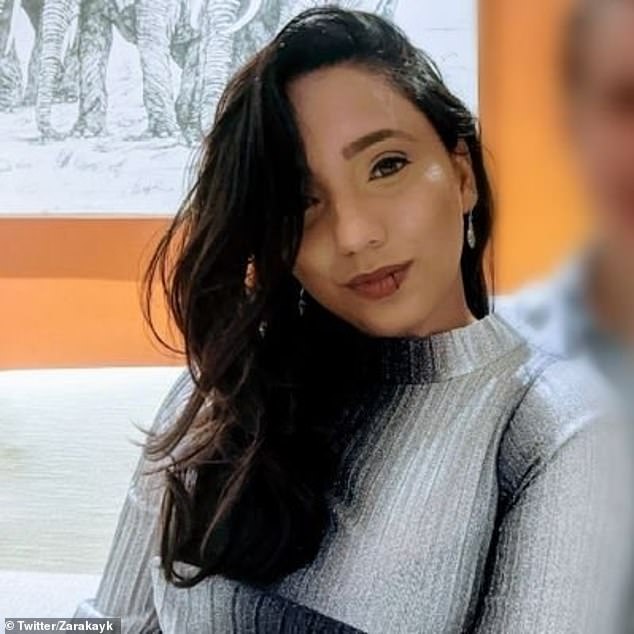 The Monash University-educated activist founded Faithless Hijabi, an organisation dedicated to supporting women as they transition away from Islam, in 2018.

The foundation works closely with women who have been ostracised from family and friends or even abused for choosing to renounce their faith.

Ms Kay believes her treatment was because she renounced Islam, criticised her Islamic community Khoja Shia Ithnasheri Jamaat, and the ‘blasphemous’ content she posts.

‘Unfortunately, even in countries that claim to be secular, ex-Muslims remain at risk,’ she explained. 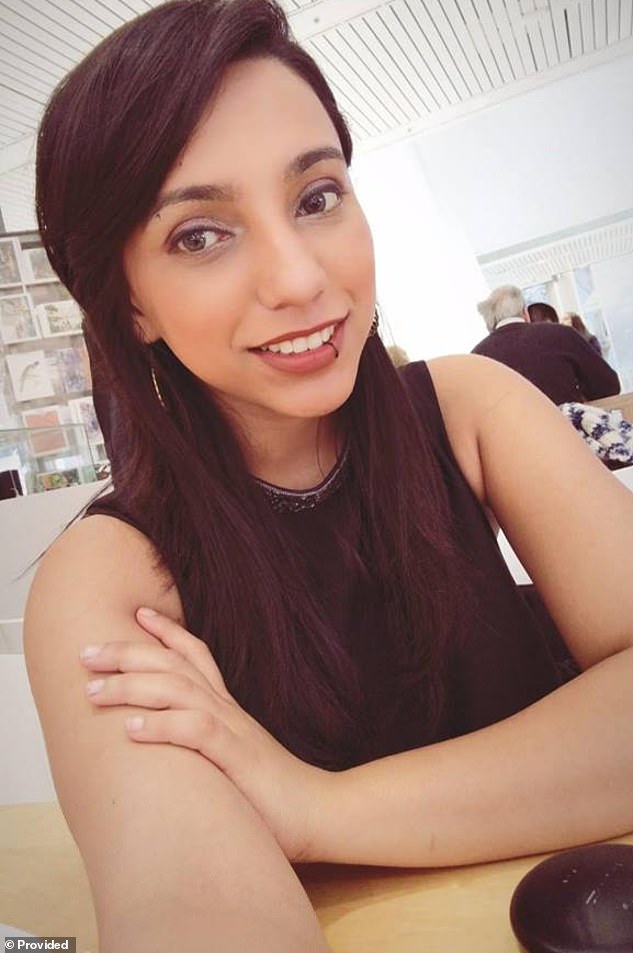 Following her stint in custody, officers claimed to have ‘lost’ Ms Kay’s passport causing her to stay in the country longer than she expected 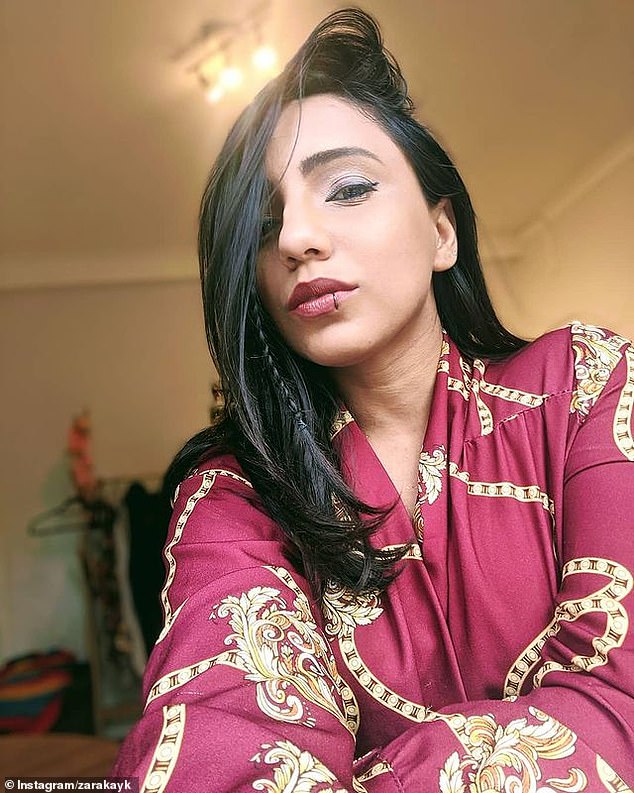 Ms Kay is the founder of Faithless Hijabi, an organisation dedicated to supporting women as they transition away from Islam

Ms Kay was actually supposed to leave Tanzania last Friday but was once again detained at the airport despite filling in all the required documents.

Her lawyers issued a statement upon her arrival back in Australia saying they were ‘delighted that Zara has finally been able to leave Tanzania after what can only be described as a traumatic three months for her and her family.

‘No charges have ever been laid against Zara – yet she and her family have been the subject of threats and intimidation of the most serious kind because of her religious choices, exercising her right to freedom of expression, and her human rights work.’

They also thanked the Department of Foreign Affairs for its assistance in bringing Ms Kay home.