An Australian mother has hit back at the rude driver who left a very aggressive message on her car wrongly accusing her of parking in a parents with prams spot without having children.

The woman had parked in a designated parents space while visiting her local supermarket this week only to come back and find the handwritten note left on her windscreen.

‘Please do not park in parents parking if you don’t have kids!’ the note read.

‘Your registration and vehicle has been reported and given to centre management!

‘In future keep these parking areas available to those who need them for everyone’s safety! Not for your convenience!!!’.

In a TikTok video which has been viewed more than 42,000 times, the woman revealed that she actually had a child’s booster seat in the back of her car. 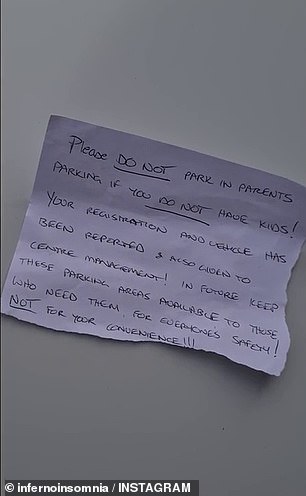 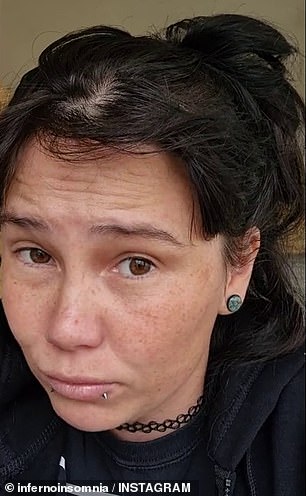 She admitted while it was hard to see the seat through the reflection on her window, there were also three children’s beanies sitting beside it.

‘So do I need to put one of those stick figure family stickers on my car to prove I have children?’ the mother quipped.

The video was flooded with comments from drivers pointing out that parents with prams spots weren’t enforced by the law but are instead offered as courtesy.

‘Centre management would have laughed at them, they can’t enforce that rule,’ one wrote.

‘A woman did this to me once. I showed her the car seat and she said it was a “prop because it was facing the wrong way”. It was a rear facing car seat…’ another revealed.

‘Didn’t you know you have to leave the kid in the car if you park in a parents spot?’ one joked.

There are no laws governing parking with pram spots. 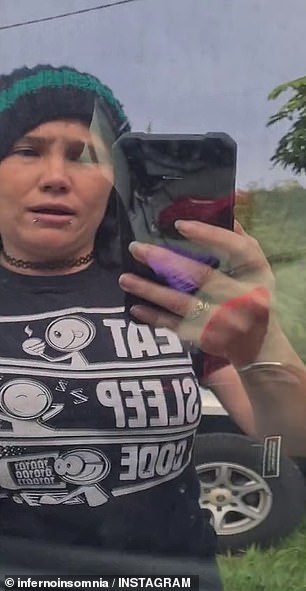 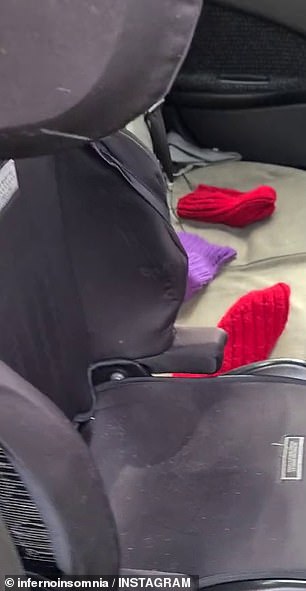