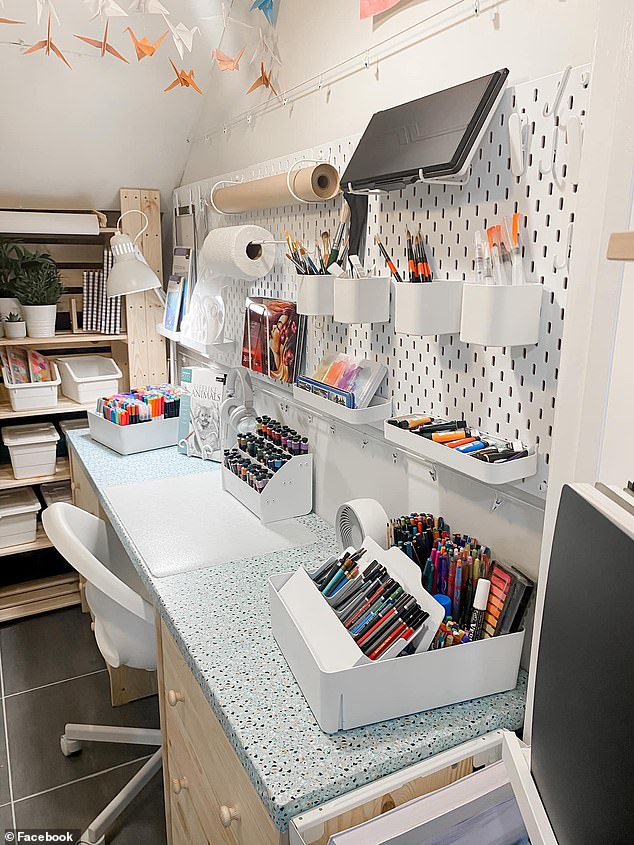 Mum creates an epic art studio under her stairs with budget buys from IKEA – complete with a work bench, a five-tier unit and wall-mounted brush storage

By Alice Murphy and Belinda Cleary For Daily Mail Australia

A creative mother has built an epic art studio under her stairs with budget accessories from IKEA.

The mum created the space to store her 10-year-old daughter’s paint and art supplies after tiring of finding them scattered all over the floor.

The studio has a large work bench with space for a chair to slide underneath, a five-tier shelving unit and 10 wall-mounted containers to hold tools such as brushes, sketchbooks, pencils and textas.

One wall has been converted into an enormous chalkboard, while the door has been fitted with a storage rack perfect for portfolios. 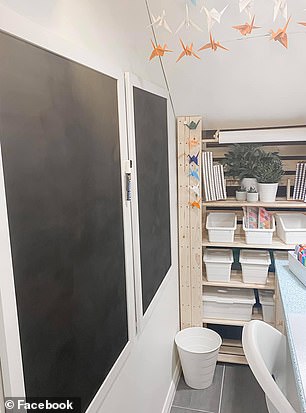 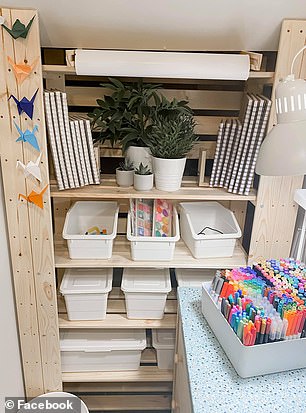 ‘We de-cluttered and came up with “the little art studio under the stairs”,’ the mum said of the project, adding her whole family were ‘so pleased with the result’.

Photos of the studio, which have racked up 454 ‘likes’ since they were uploaded to an Australian Facebook group on January 19, have drawn some delighted responses.

‘That’s perfect, she’s a lucky girl. I would have loved this at her age,’ one woman replied.

‘Wow, very impressive,’ added a second, while a third wrote: ‘Looks so great, she must love it. You did an amazing job!’

Others called it ‘a dream space’ and thanked the mum for inspiring them to build their own. 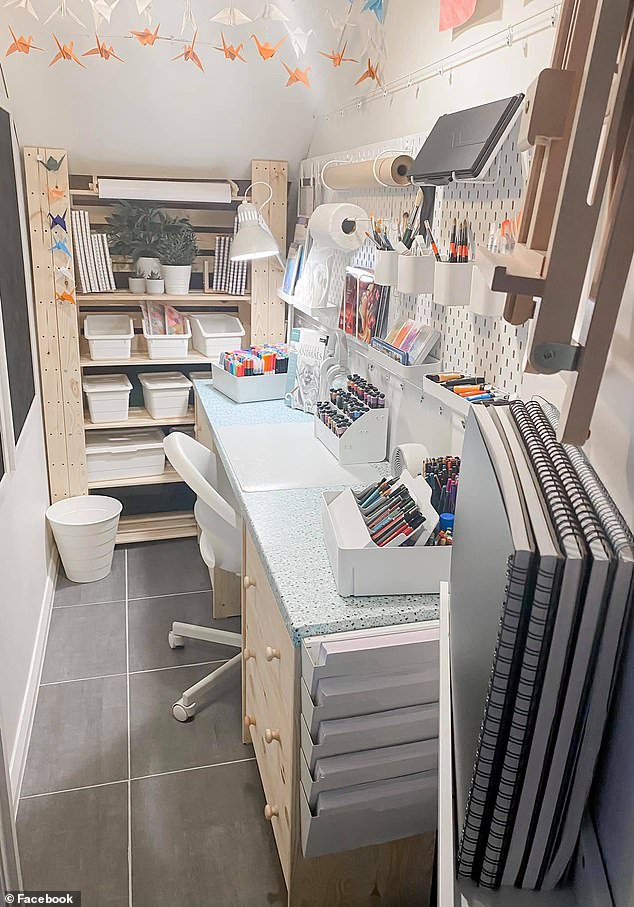 The studio is the latest in a line of clever DIY projects capturing imaginations on social media, after a mother transformed a $15 wooden serving tray into a stunning centrepiece with paint and resin.

The mum proudly posted before and after photos of the tray to the Kmart Home Decor and Hacks Facebook Page – and it proved an instant hit.

‘Bought the board for $15 and used some resin I had at home to make this beauty,’ she wrote.

More than a thousand Kmart lovers responded to the post, gushing over the paintwork. 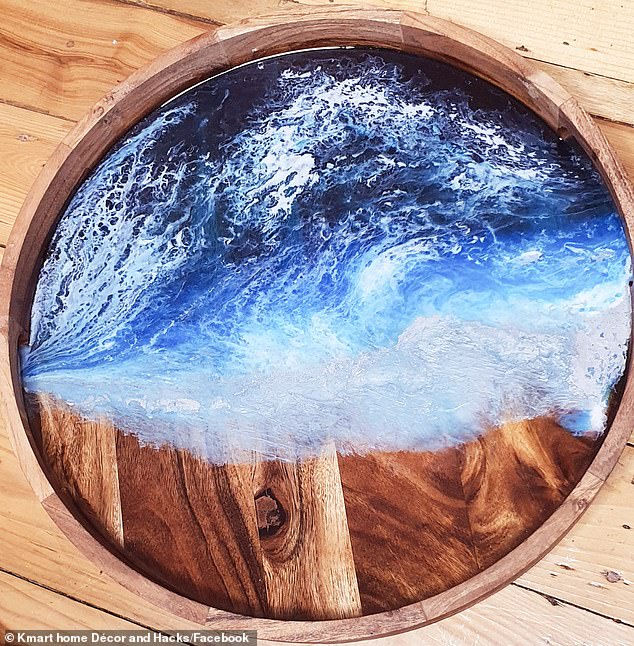 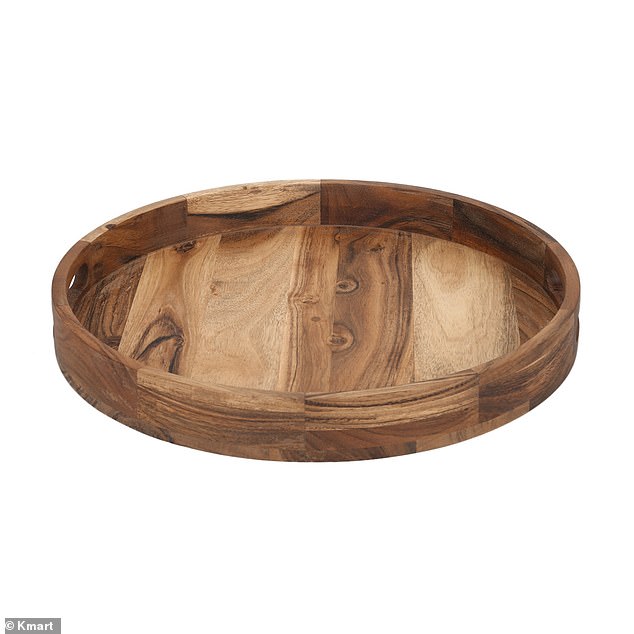 Pictured: the tray before its transformation

‘This is beautiful, I need resin right now,’ one woman said.

‘That would compliment any home,’ another added.

Another woman wondered if the serving tray would look better with sand glued over the picture.

Others asked the mum to list the steps and materials she used to transform the tray so they could make one of their own.

How to safely use resin

1. Use in a ventilated area and with disposable gloves and protective clothing.

2. Don’t use resin moulds or mixing containers for food once they have been used for resin.

3. Wear safety goggles and a mask.

5. Use soap and water to remove resin from skin.

She directed them to a video explaining how to pour resin at home.

‘I watched this video to learn the steps before I started,’ she said.

The video offers a step-by-step guide from pouring the resin into a cup to spread, to adding colours and finally pouring the sticky substance onto the desired surface.

Some commented on the post warning would-be decorators that resin can be dangerous and to wear personal protective equipment when using it.

Covid-19: Largest number of daily cases in UK, and changes to travel corridor

Car-nival season in Germany as revellers confined to their vehicles