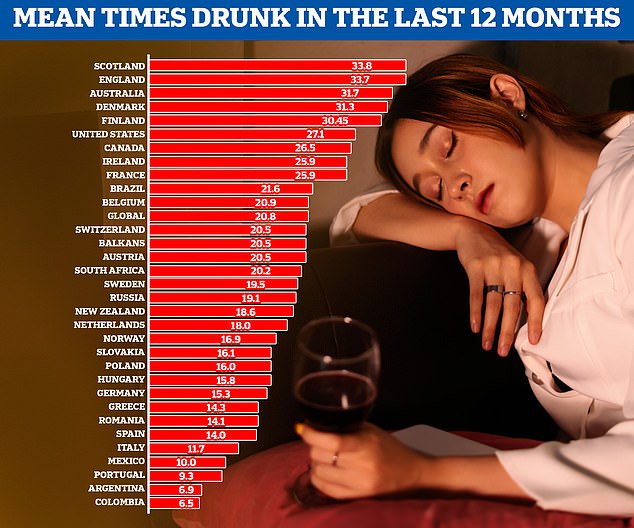 Australians have been declared as the world’s third-worst drunks, with thousands regularly drinking so heavily their speech and balance are thrown off course – with many even needing hospital treatment.

On average, Australians get drunk 31 times a year, only behind Scotland and England, where people are inebriated for 33.7 and 33.8 days respectively.

The Global Drug Survey issued a series of questions to more than 110,000 respondents from 25 countries between November 2019 and February 2020, including 10,000 Down Under.

Drunk is defined as when ‘physical and mental faculties are impaired to the point where your balance/speech was affected’ as well as when people are ‘unable to focus clearly on things’.

The mean number of occasions people reported getting drunk in the last 12 months was highest among Scots at 33.8, with the English just behind at 33.7. Australia was third with 31.7 days

The figure is also more than double the rate of several European countries, including Poland, Hungary, Germany, Italy, Greece, Spain, and Portugal. Colombians reported the lowest at 6.5 times.

Just seven per cent of Scottish and English respondents said they had not been drunk at all over the last year, with only the Danish and Australians at a lower proportion with five per cent.

When it came to regretting getting drunk, 39 per cent of female respondents were more likely to regret heavy drinking, compared to just 30 per cent of men. 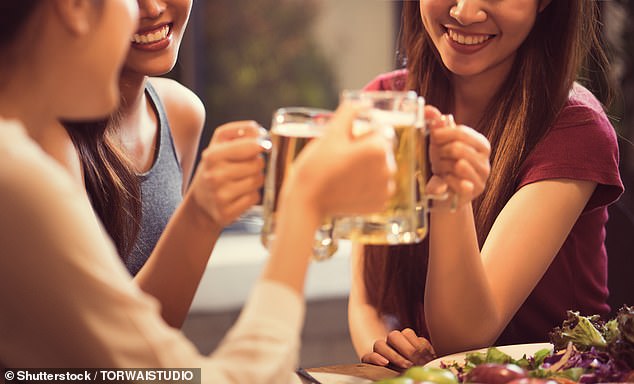 The GDS report says: ‘Gender differences were also evident, with women more likely than men to report increased anxiety the next day, unwanted sexual episodes and being taken advantage of sexually when drunk.’

Hangovers topped the list of main regrets with 75 per cent of respondents agreeing they were not cut out for drinking like they used to when they were younger.

Other regrets included saying things they normally wouldn’t according to 42 per cent of answers, as well anxiety levels increasing the next day – a complaint from 31 per cent of respondents.

As well as being the world’s third worst country of drunks, four per cent of the 10,000 Australians have had to seek emergency medical treatment when it came to alcohol.

This overall placed Australia second in that unappealing category, just behind Russia. 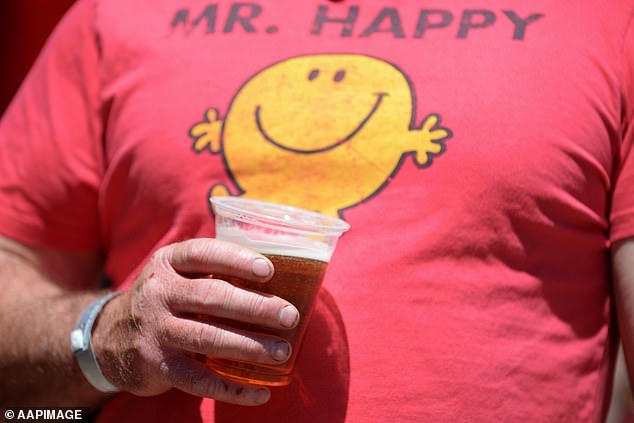 As well as being the world’s third worst country of drunks, four per cent of the 10,000 Australians have had to seek emergency medical treatment when it came to alcohol (stock image)

Women under the age of 25 represented the highest bracket for emergency medical treatment in Australia at 5.3 per cent.

Further to that, the survey also asked respondents to report on their drug use such as methamphetamine, GHB or cannabis.

The marriage between Hawthorn and Tasmania is on the rocks – but what has Tasmania gained over the past 20 years?

It found that one in 25 Australians who used those particular drugs required emergency help compared to just one in 100 for people who used mushrooms or ketamine.

The use of GHB worldwide found that one in five people would pass out after consuming the drug.

Paramedics were called only on nine per cent of occasions when people passed out. 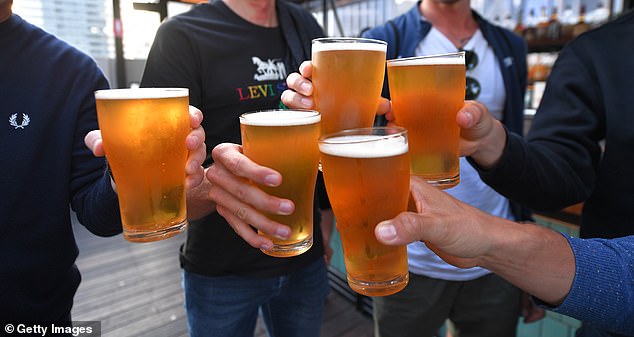 The survey also questioned people’s value for money on drugs in which LSD topped the list for the third time in the year with mushrooms and GHB not far behind.

Alcohol inhalers, then alcohol at bars and cocaine were noted as the lowest value for money.

‘Given that for most people getting drunk is a voluntary activity, it’s striking that on a third of occasions they regretted it,’ the survey read.

‘Previous GDS research suggested that when getting drunk most people are likely to be consuming almost their entire weekly allowance in one sitting, exposing them to acute harms such as accidents, trauma and suppression of their immune system (a particular worry during Covid).’