Back in the Big Apple! Ivanka dons denim flared jeans as she arrives back in NYC


Ivanka Trump returned to New York City on Monday for the first time since February, stepping out in style in fashionably wide-legged jeans as she ran errands with her taxpayer-funded Secret Service protection in tow.

The 39-year-old daughter of Donald Trump and his first wife, Ivana, wore a series of face masks throughout her day in the city, where – unlike in her new home state of Florida – it is socially expected to take precautions against the ongoing pandemic.

She carried a $4,700 white leather Chanel tote bag and wore dark sunglasses as she embarked on her solo trip. 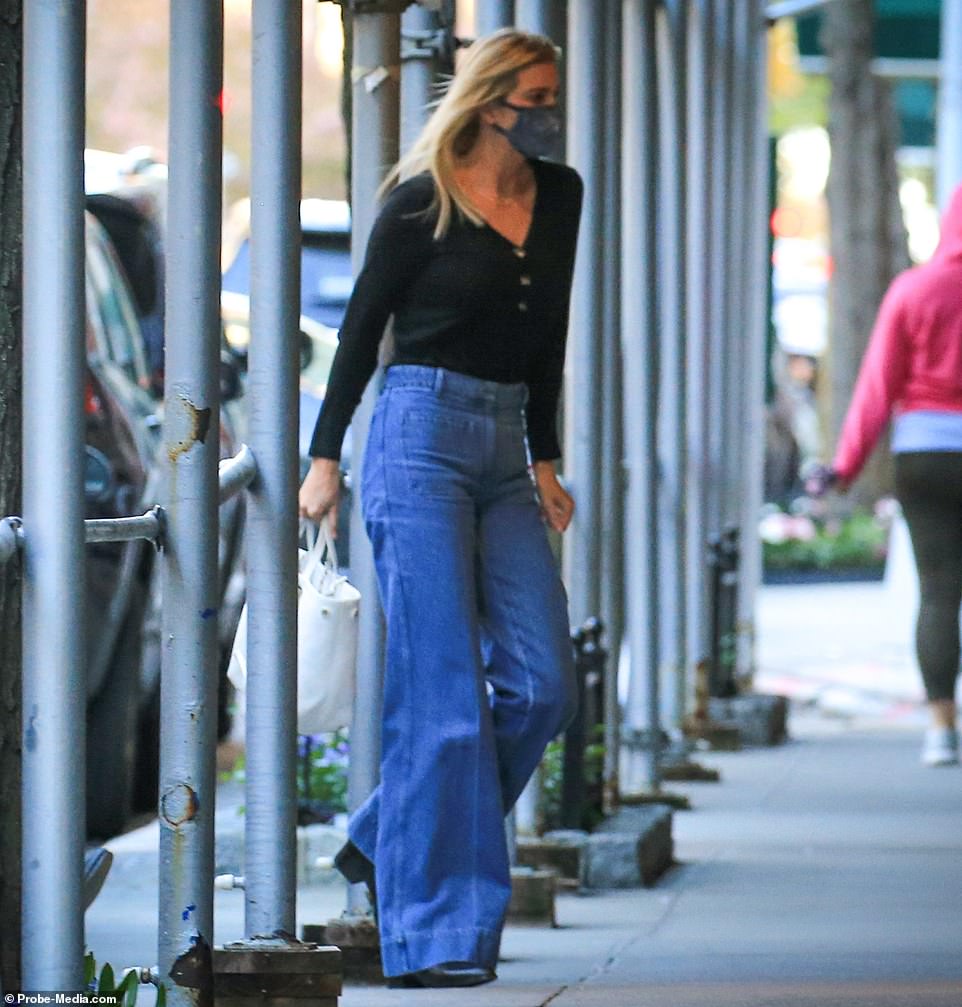 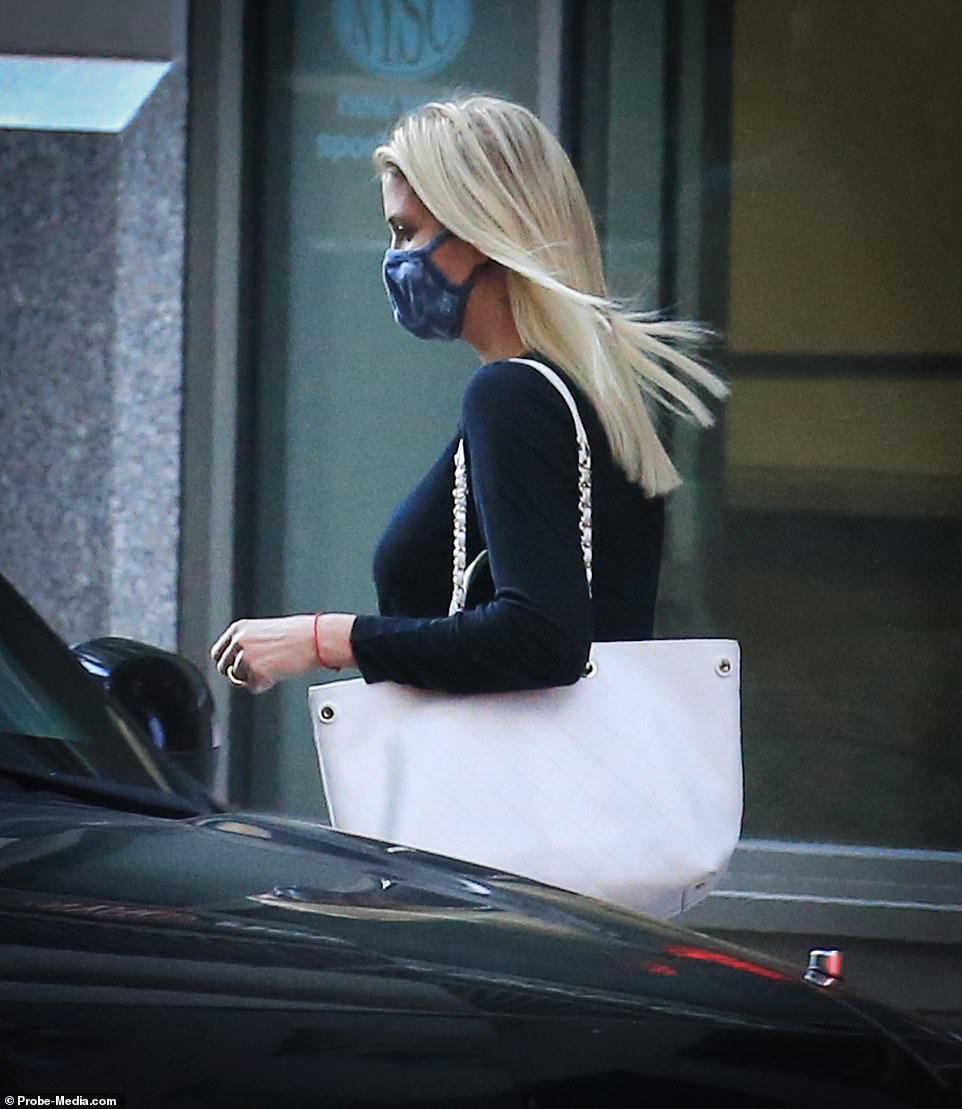 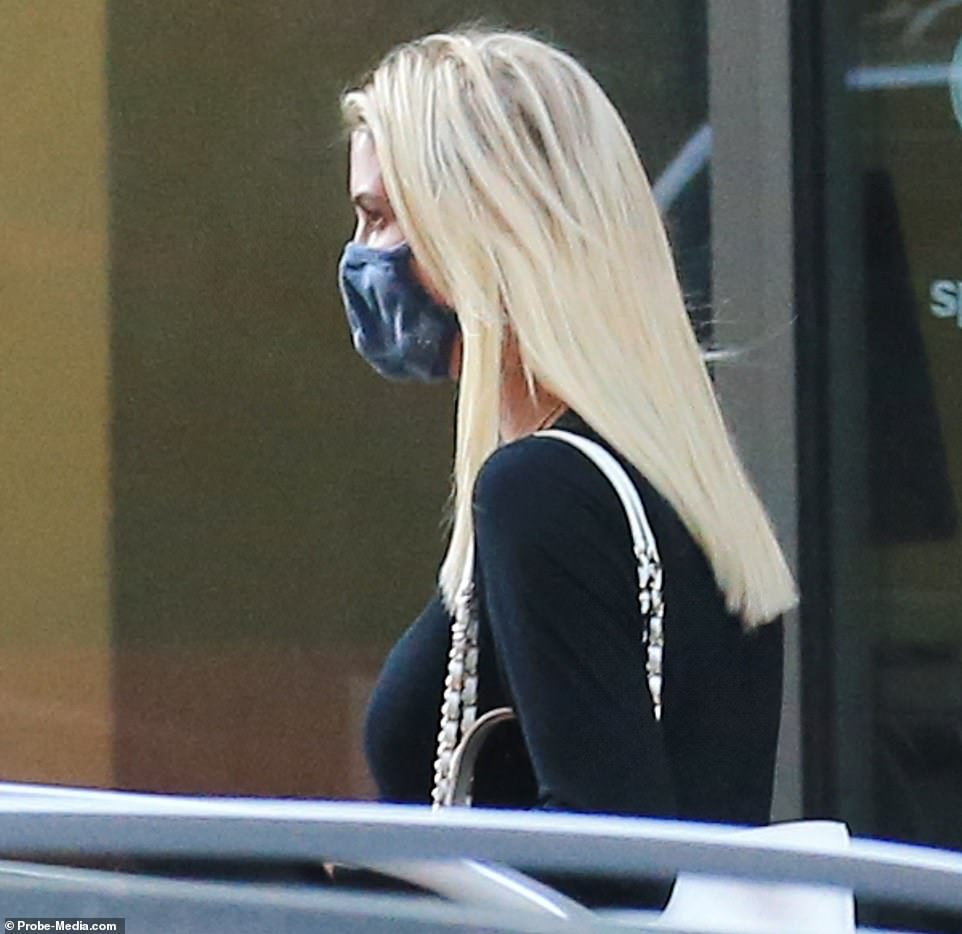 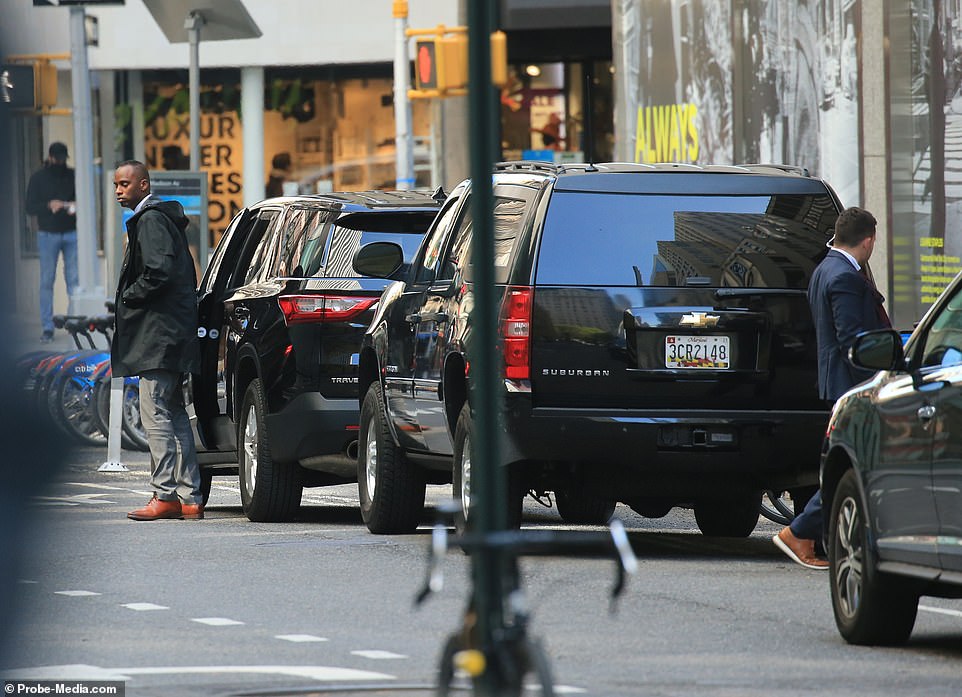 The 39-year-old’s Secret Service security detail waited outside, as she entered the Manhattan building

Her husband Jared Kushner and their three children – Arabella, nine; Theodore, seven; and four-year-old Joseph – were not seen.

She was awaited outside by her Secret Service detail – an expensive perk continued for six months after she left the White House, with the bill set to be footed by US taxpayers.

As an adult child of a former president, she is not entitled to taxpayer-funded protection: however, the Trumps negotiated to have their security protection continued for six additional months.

It’s not unusual for first children to receive an extension on their protection as a courtesy extended to the outgoing president and his family, ABC News reported, but traditionally such protection has been limited to underage children and college students, as opposed to independent adults.

This is the first time Ivanka has been spotted in New York since late February, when she returned to the Big Apple to visit her mother Ivana for her birthday.

In the months since leaving the White House, in January, Ivanka and her family have been settling into Florida life.

They have bought a $32 million plot of land on Indian Creek Island, on which they plan to build a dream family home. 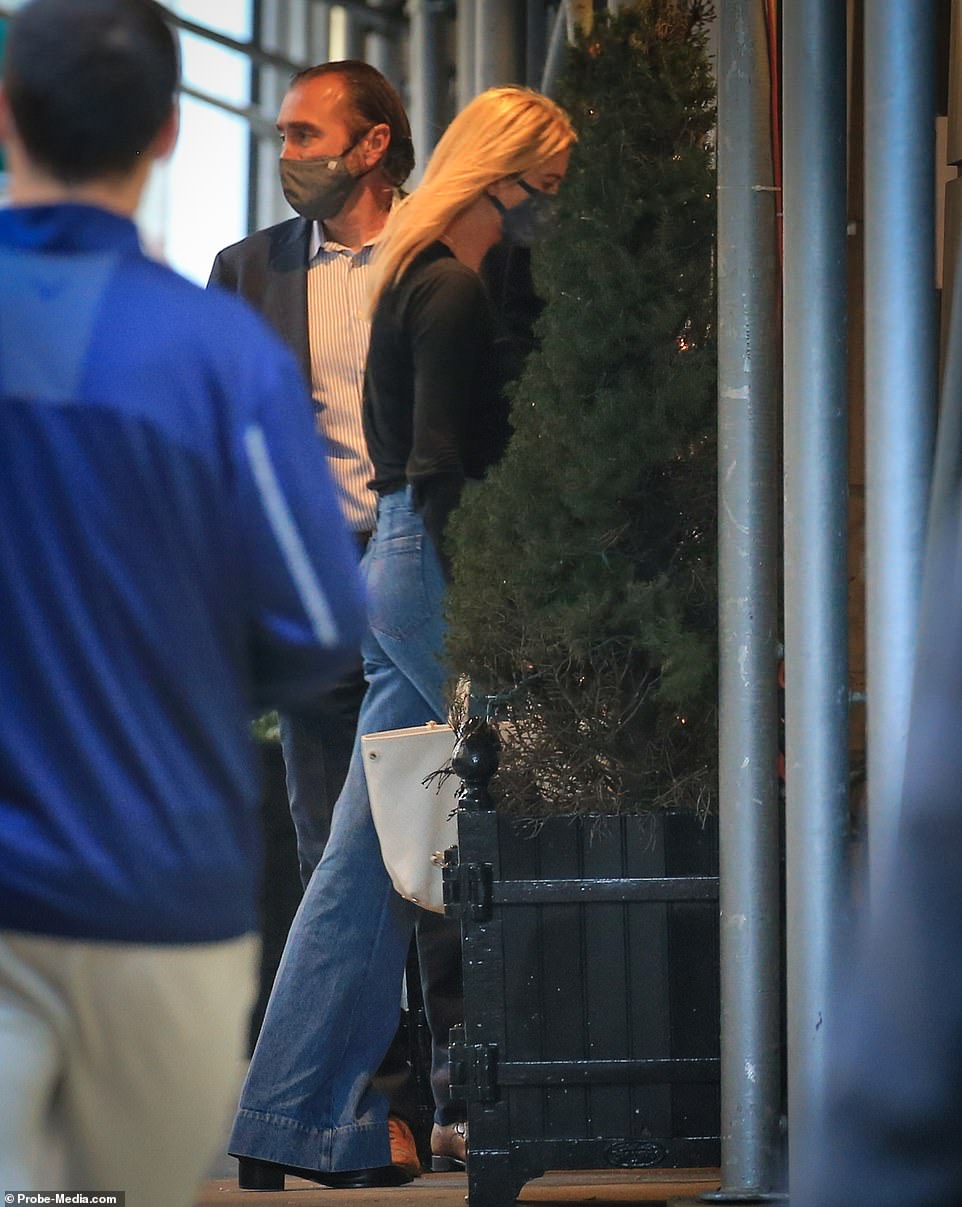 Ivanka was spotted entering a building, as her Secret Service guards looked on 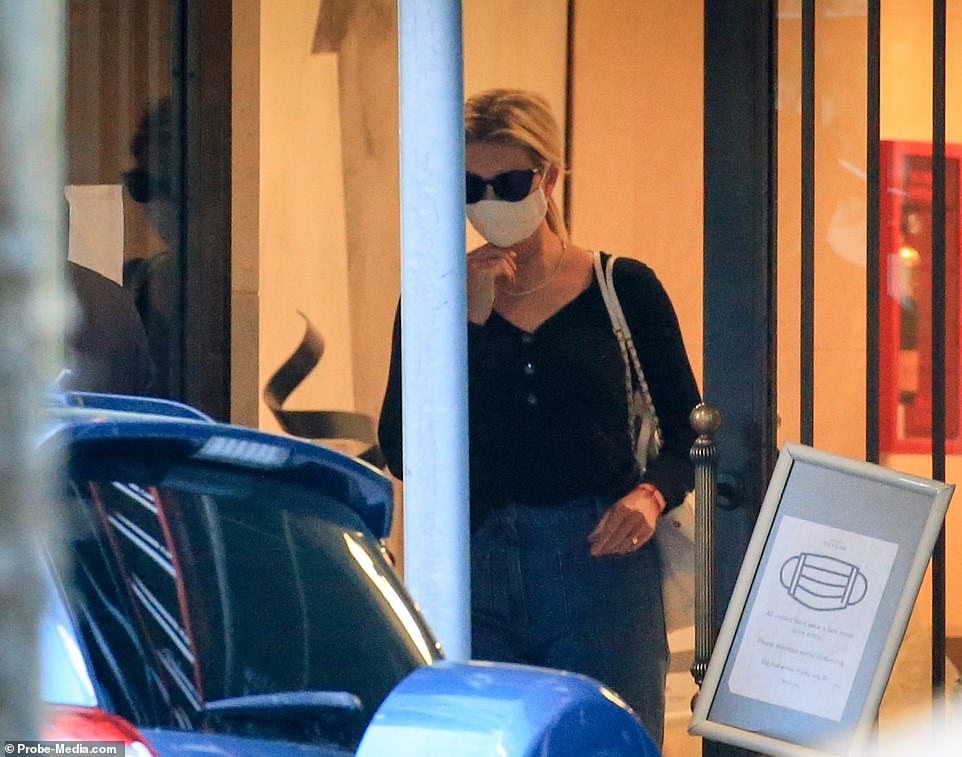 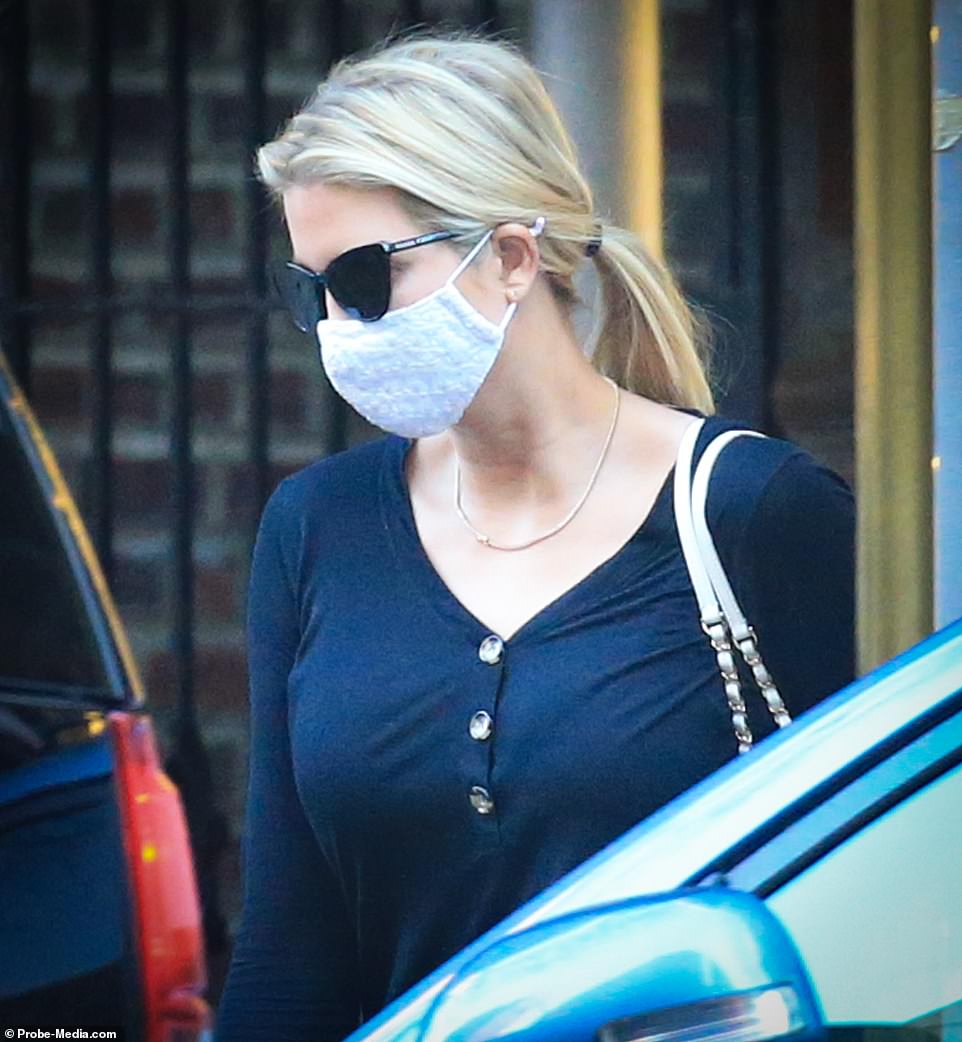 The elder daughter of Donald Trump was flying solo, without her husband or three children in tow

While construction takes place, they have been renting a luxury condo in the Arte building in Miami’s exclusive Surfside neighborhood.

The pyramid-shaped Arte Surfside was designed by Italian architect Antonio Citterio. One its developers is Alex Sapir, whose organization teamed up with Donald Trump’s firm to build the Trump Soho condo-hotel in New York City in 2008.

The political power couple could well be considering a move north for the summer, following in Donald Trump’s footsteps.

He is reportedly readying to leave Mar-a-Lago – which shuts for the summer after Memorial Day – and decamp to his Bedminster golf course in New Jersey.

If Ivanka and Jared follow, it will put them close to not only the Trumps, but also the Kushners: Jared’s parents still live in New Jersey, where he is originally from.

Jared and Ivanka’s future career plans remain unknown, but they seem to appreciate being able to kick back with their children after four years of working as White House senior advisers. 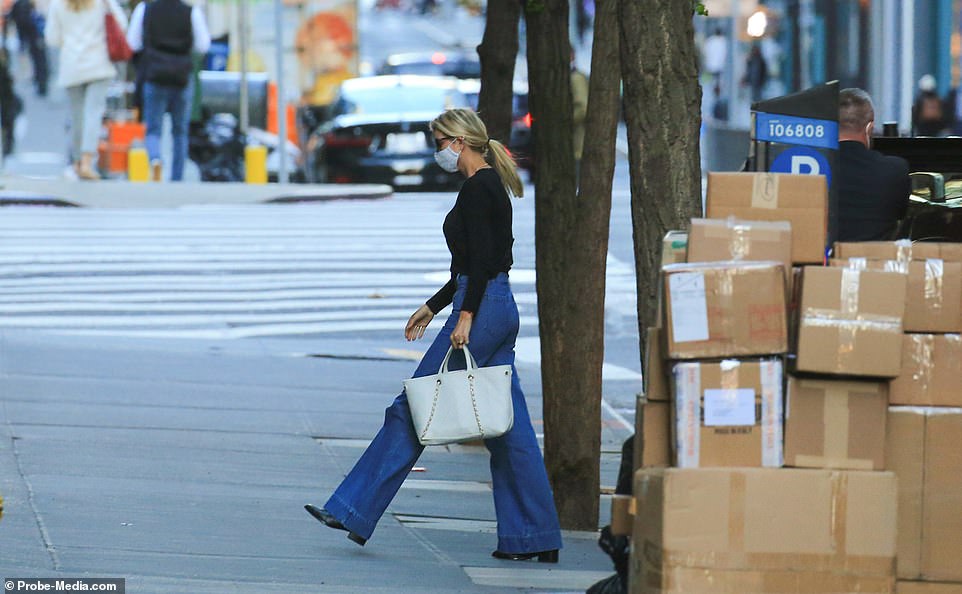 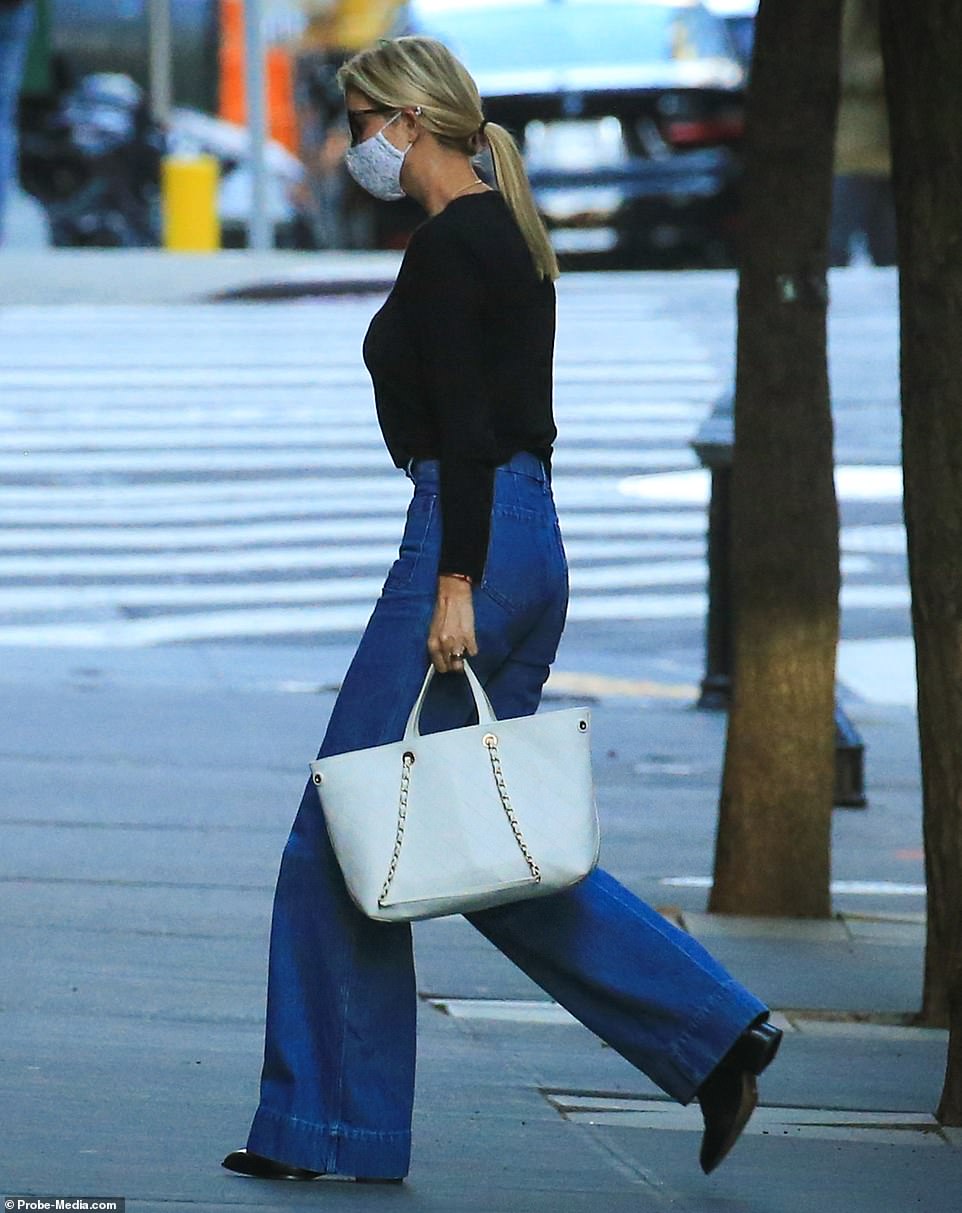 Ivanka, who ran a fashion business before joining the White House, cut a stylish figure in Manhattan on Monday, where she was seen carrying a $4,700 white Chanel tote

Ivanka was last spotted in public on April 9 while enjoying a trip out at Disney World. She was pictured posing for a picture with a girl at the site in Florida.

It’s unclear who Ivanka was with, but Disney World is only about a four-hour drive from her family’s new Miami home, in one of the city’s most sought-after oceanfront buildings.

The Trump-Kushners have enjoyed a number of family outings since they moved to Miami in January and built a whole new life for themselves — one that is far removed than the hectic lifestyles they had in New York City and later Washington. D.C.

On April 20, they were seen enjoying an outdoor workout.

The session came five days after the couple got the first dose of the Pfizer COVID-19 vaccine at a local CVS near their Miami home.

Former First Daughter Ivanka proudly shared images of herself getting the shot on social media, marking the first time she has posted anything since her father left the White House three months ago.

She is the first member of the former first family to post about her vaccination and did so amid rising concern about vaccine hesitancy.

‘Today, I got the shot!!!’ In her caption, she encouraged others to get the COVID-19 vaccine 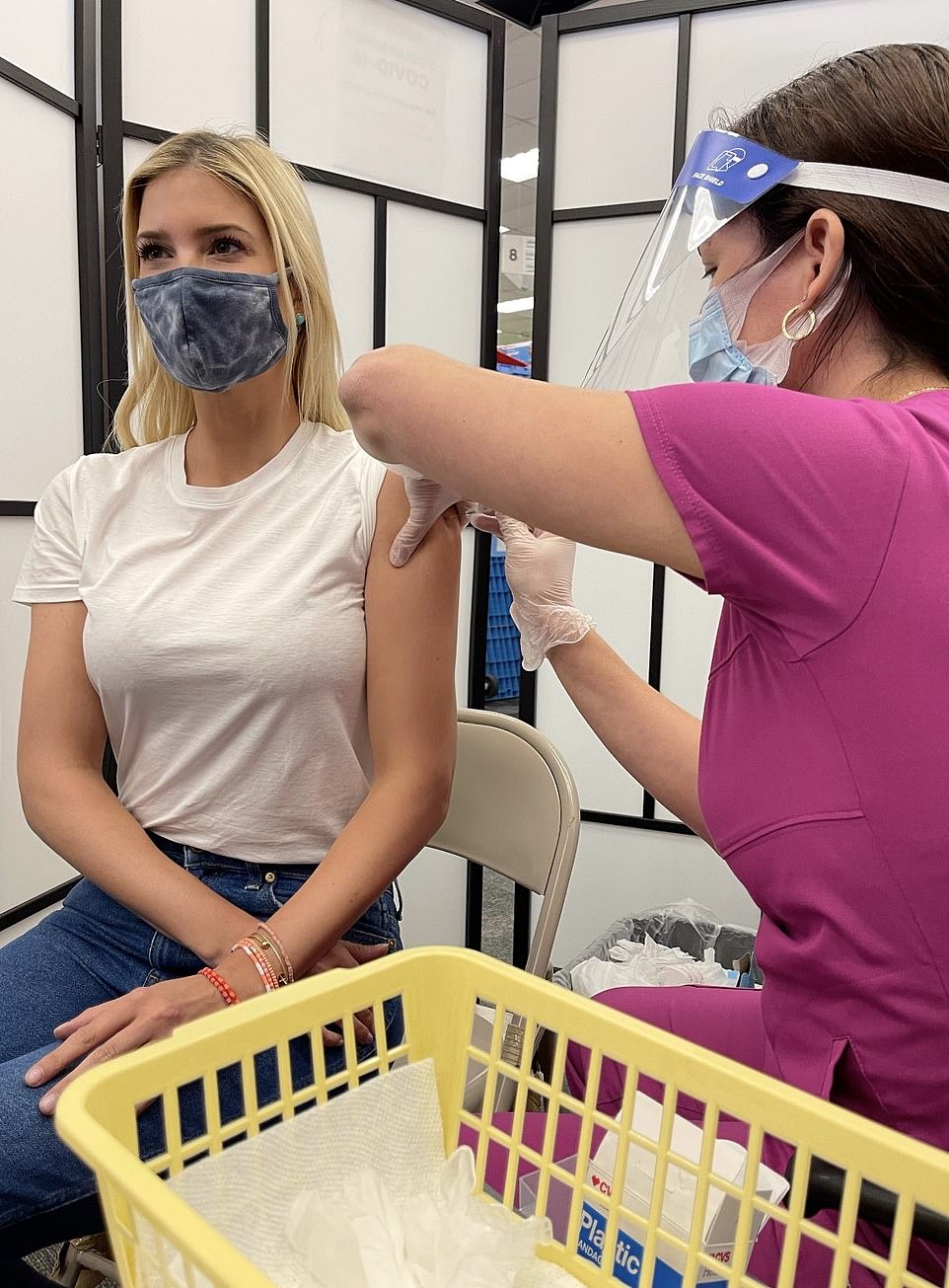