‘He trusts me’: Barcelona prospect Riqui Puig confident that Ronald Koeman will give him chances to impress this season ‘after being told to find a new club’

Barcelona youngster Riqui Puig has revealed that he is confident that manager Ronald Koeman will give him sufficient chances this season.

Puig is determined to make an impact for Barcelona and earn a place in the Spain squad for Euro 2020 next summer.

The 21-year-old was officially promoted to Barcelona’s first-team squad this week and was allocated the No 12 shirt. 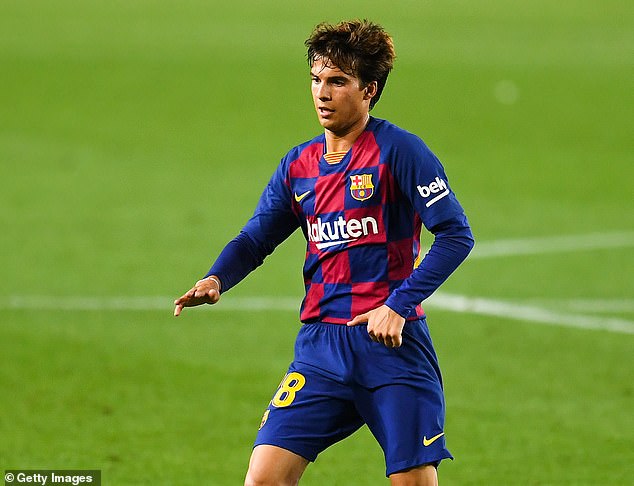 Puig told Marca: ‘It is true that if I do not have minutes with the club, it will be very difficult to go to the Euros (with Spain). I think that at Barca I will end up having minutes and some opportunities and will be able to go to the Euros,’

‘Yes, I am optimistic (of minutes), otherwise I would not have stayed at Barca.

‘At Barca I want to succeed, claim a position and I don’t see any other way. I’m very happy in Barcelona, ​​I have my family, I think I’ll end up playing.’

There had previously been suggestions that Puig had been told to find a new club after it appeared that he wasn’t in Koeman’s plans. 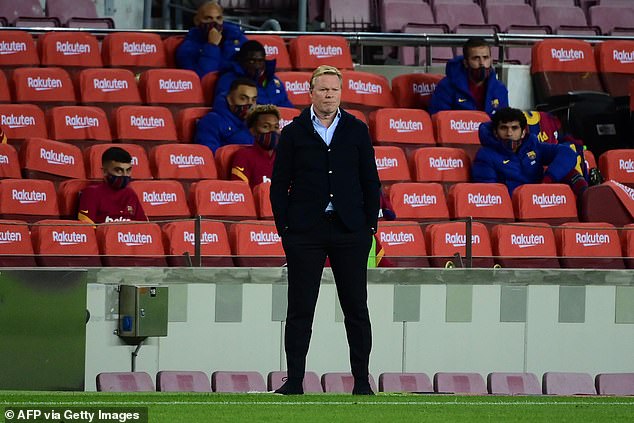 Koeman left Puig out of the squad for the Joan Gamper Trophy match against Elche, but the prospect was on the bench for all three of Barcelona’s LaLiga games so far this season.

There had been suggestions that Koeman told Puig that he doesn’t fit the profile of what he wants from a Barcelona player.

However, Puig stressed that Koeman trusts him and will give him opportunities. 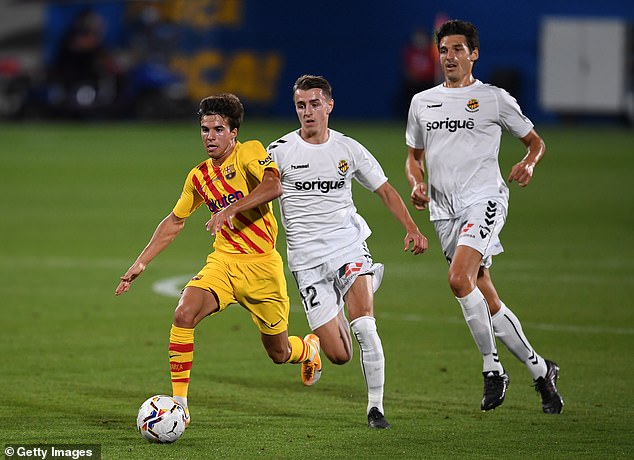 He said: ‘A tough conversation? No, it wasn’t tough.

‘At no point has Koeman let me know that I would not have time. He trusts me and I think he will give me opportunities to show my potential and show that I can play for this great club.’

There is a lot of competition for places in the Barcelona midfield, but Puig will hope that he will receive many chances.

So far he has made 15 senior appearances for Barcelona, while he has been capped by Spain at Under-21 level.