The elite private school graduate who was allegedly stabbed by his own mother at their Sydney mansion is back in fighting form – literally.

Hugo Ball, 22, was a bloodied mess when he was stretchered out of his family’s sprawling, $3.1million Bellevue Hill home just three weeks ago.

The Scots College alumnus’ own mother, Samantha Palmer, allegedly lunged at him with a knife in the early hours of Saturday, November 21.

But whatever happened that evening was far from the casual labourer’s mind last Thursday as he drank beers and conducted a friendly boxing session with mates at a harbourside park in the city’s exclusive Double Bay area. 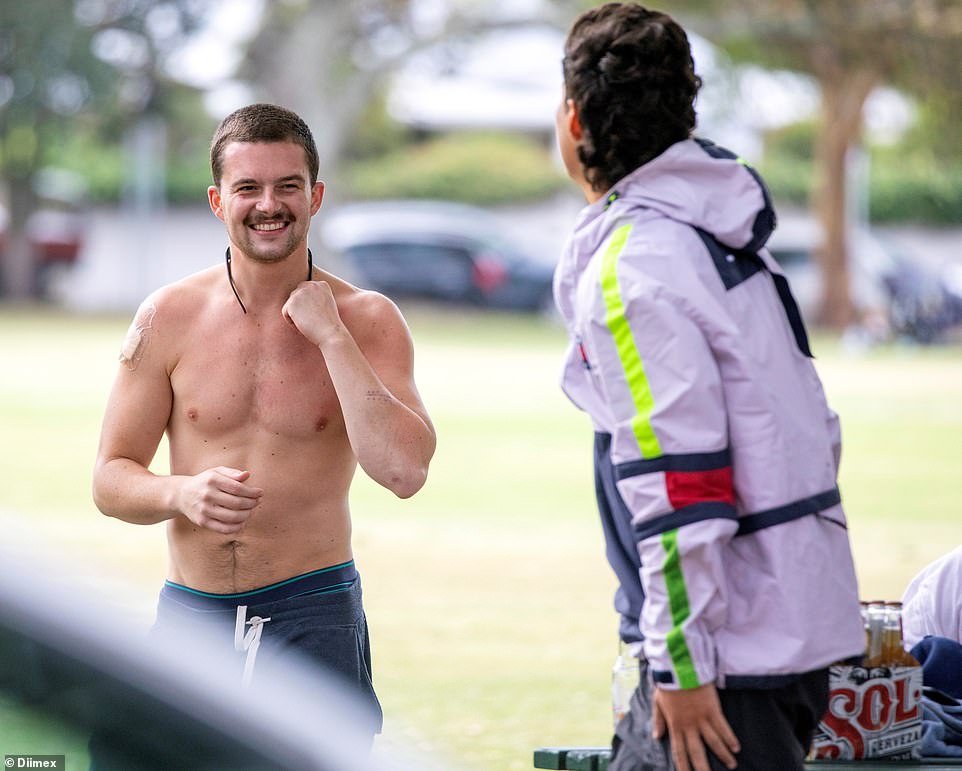 Hugo Ball – who was allegedly stabbed by his own mother at their Bellevue Hill home – ripped off his shirt to conduct a casual boxing session with mates last Thursday. That’s despite visible injuries to his right shoulder (to the reader’s left) 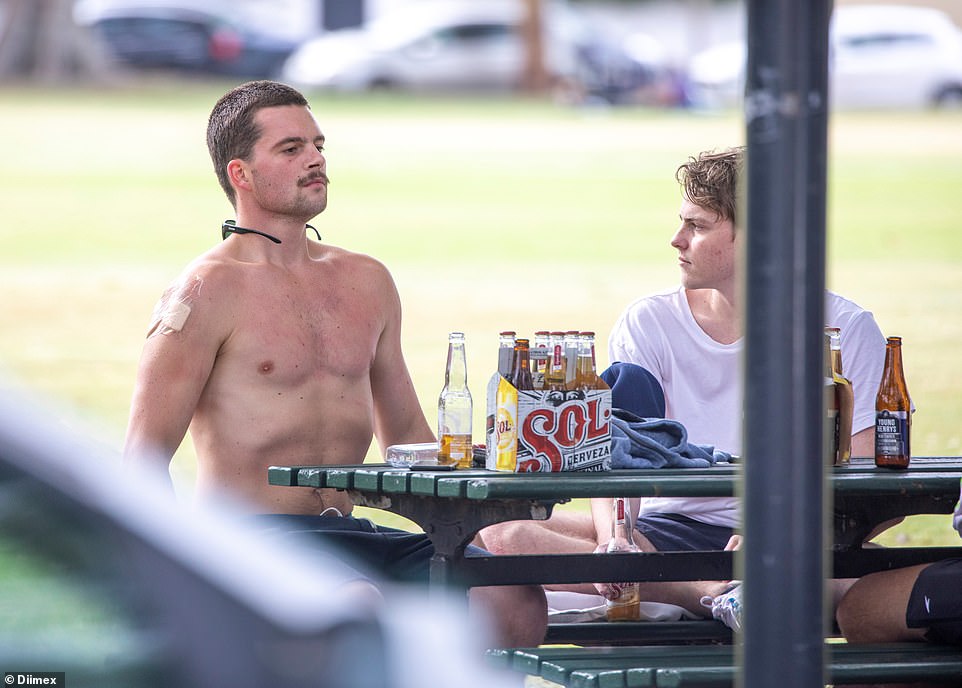 The alleged events of three weeks ago appeared far from Ball’s mind as he and his mates kicked on from a local pub, finding themselves a picnic table and a couple of six-packs at Double Bay’s Steyne Park last Thursday 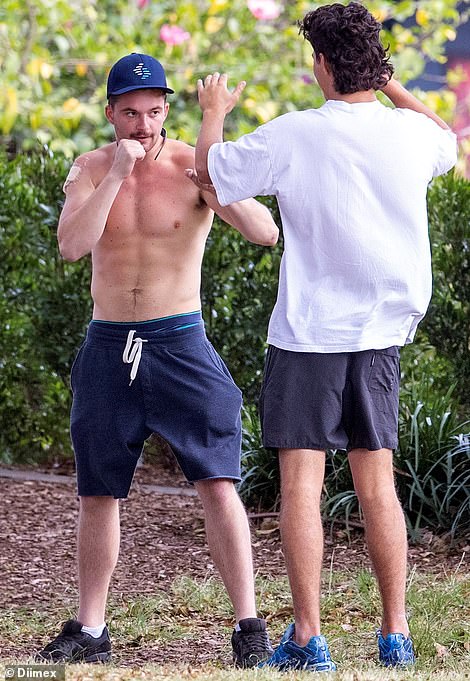 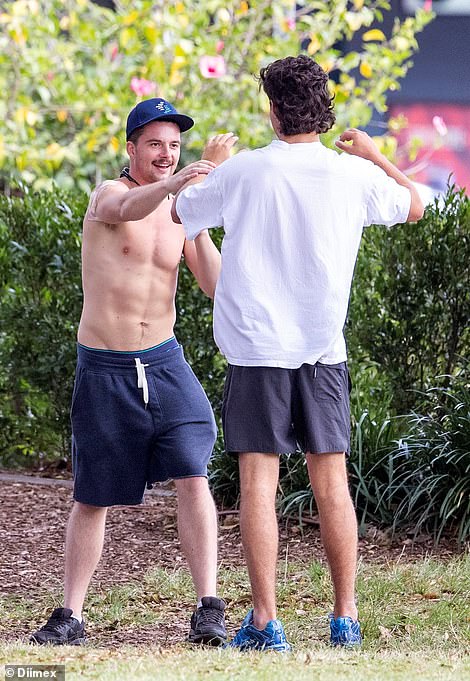 Fists up! The Scots College alumnus, 22, appeared to be schooling his friends in martial arts. He advertises muay thai, boxing and circuit training on social media 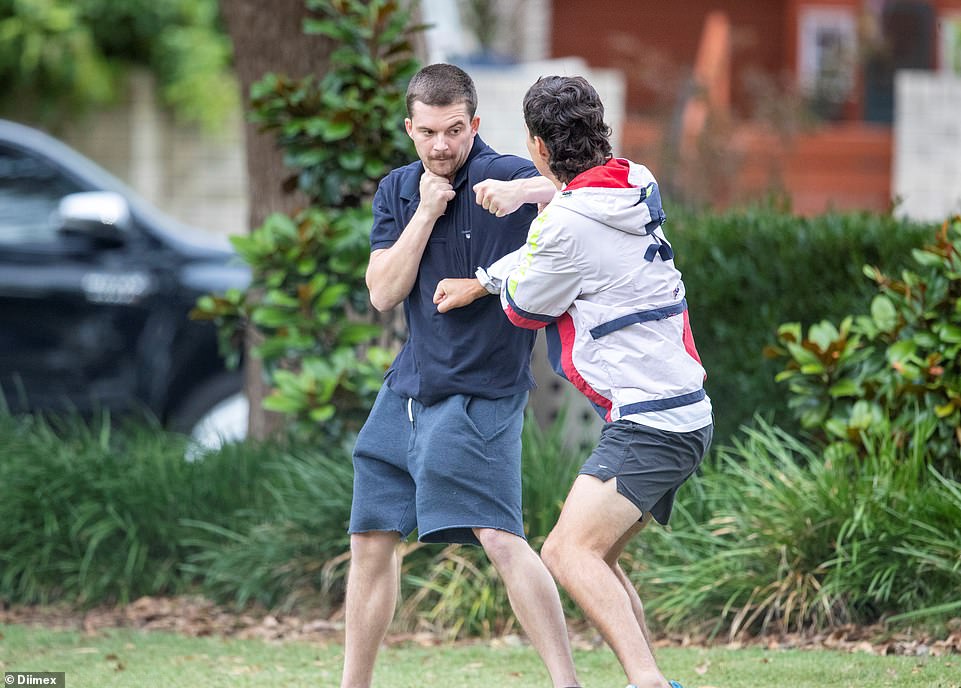 When a mate sporting a mullet and tri-colour jacket tried to rib him in the torso, Ball was ready to block his blows 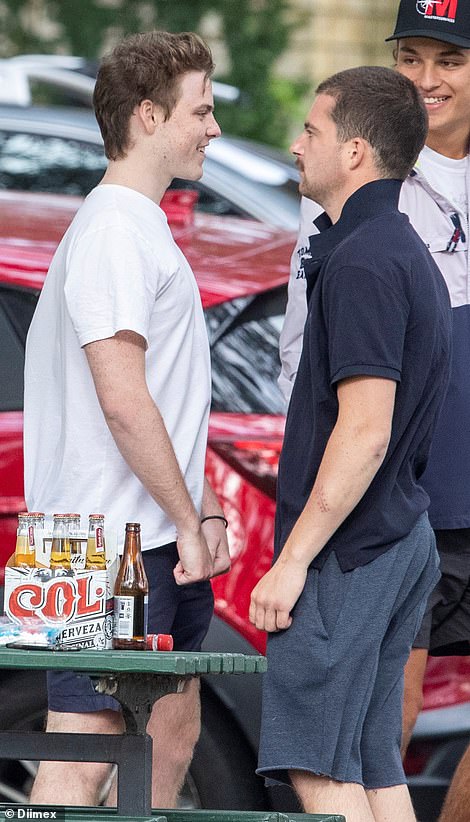 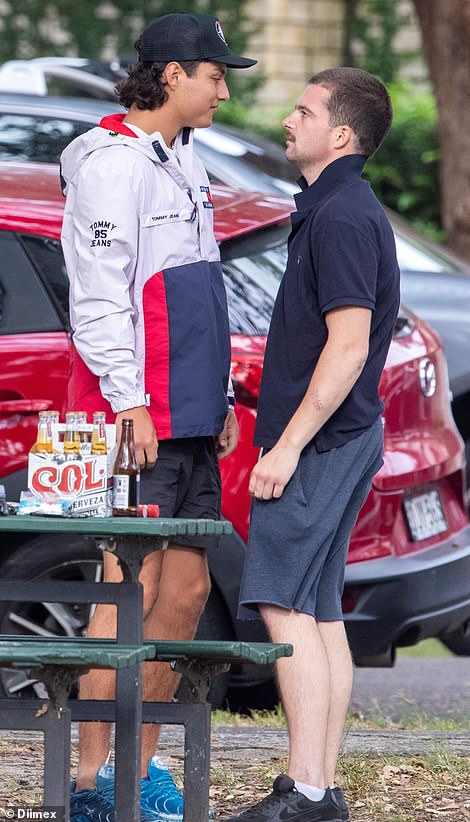 Squaring off! Ball and his mates set their beers to one side to face off, boxing-ring style. The picture on right makes it quite clear that Ball has mastered his poker face 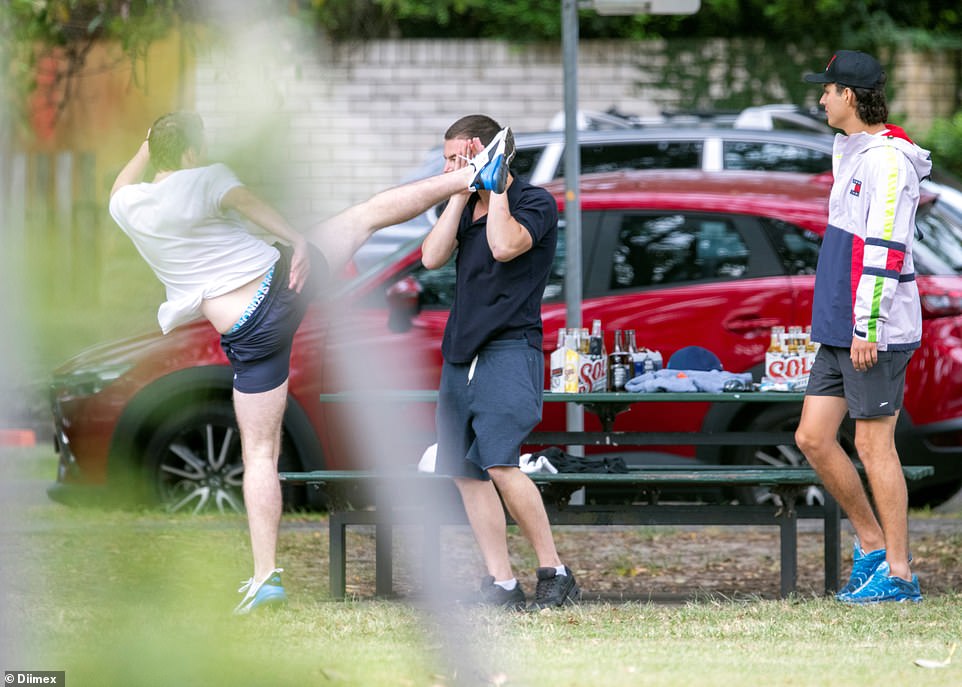 Master of defence: Ball expertly parries a roundhouse kick to the head. Clearly, his martial arts skills haven’t atrophied while in recovery

Ball and his mates rolled on down to Steyne Park with six-packs of beer after a brief session at the nearby Royal Oak Hotel.

Ball – who advertises boxing, circuit training and muay thai lessons on social media – then ripped off his shirt and showed off his martial arts skills.

One of his injuries was clearly visible but his bandaged right shoulder didn’t hold him back as he rolled with the punches.

The former private school rugby young gun, who told friends last week he was ‘keen to get back out there’, seemed to be in a relaxed mood.

He even responding to nature’s call in public, with a half-hearted attempt to duck behind a tree leaving him in full view of joggers in the park. 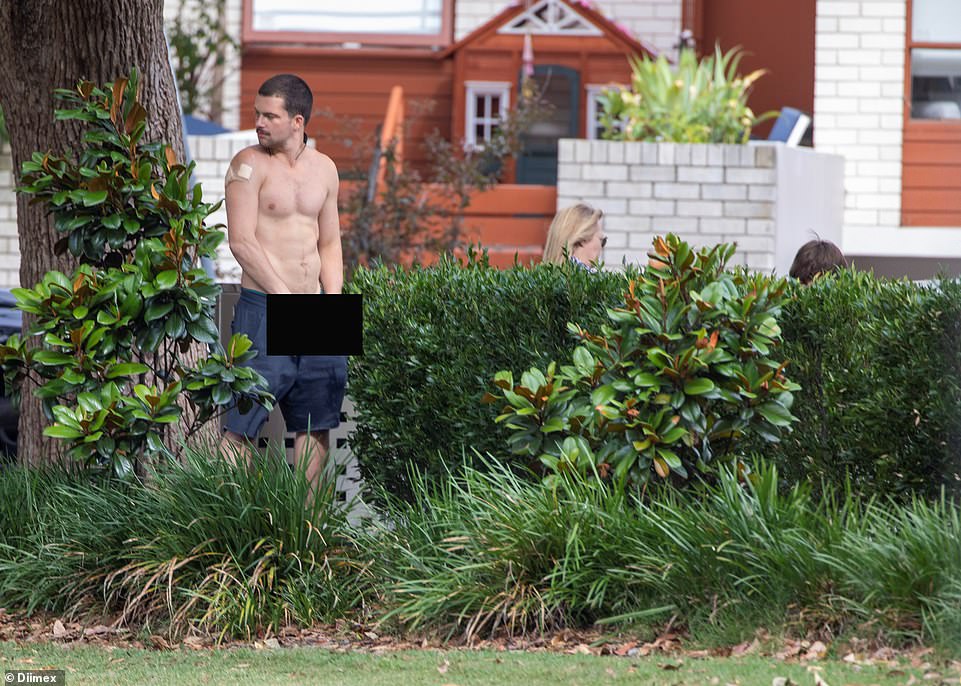 Hardly discreet: A freelance photographer spotted Ball responding to nature’s call in the bushes in between sinking beers with friends 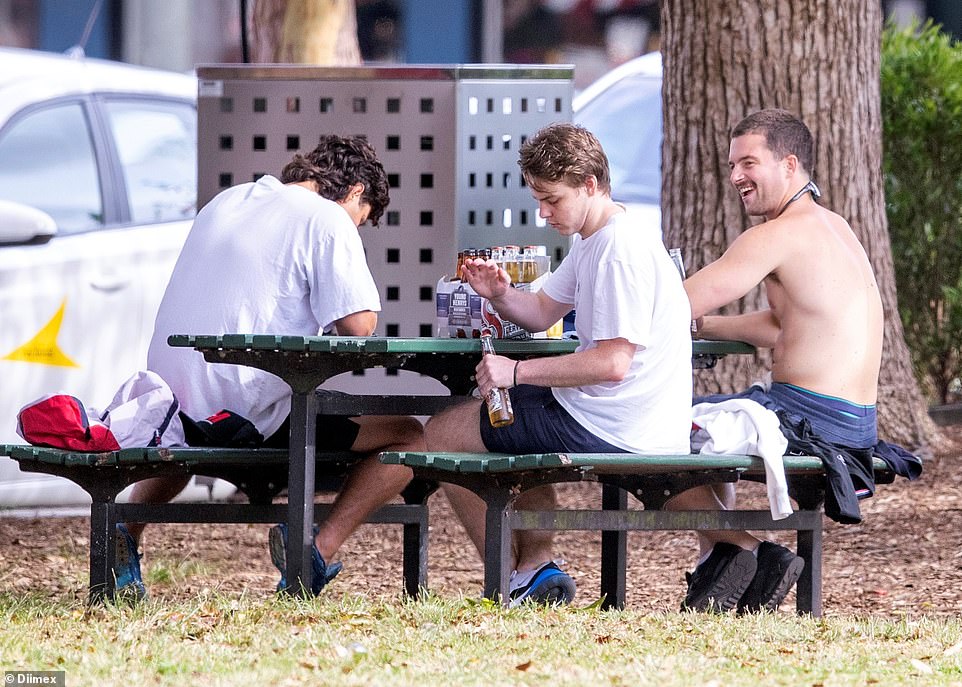 Kicking back with some beers: Ball chuckles as his mate uses a primitive tool to open his bottle of Sol – the park bench 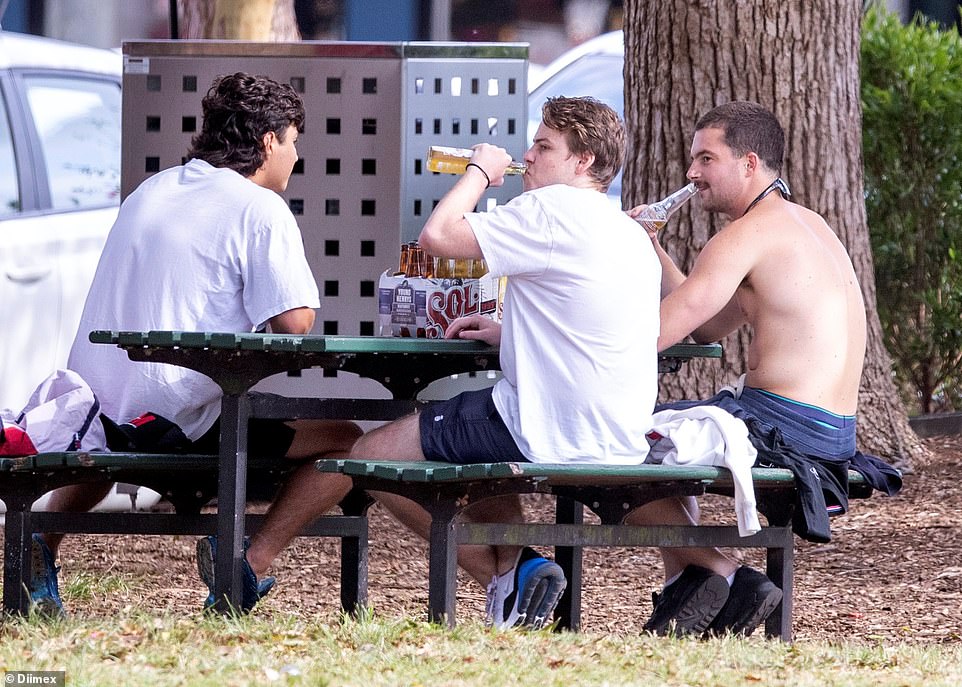 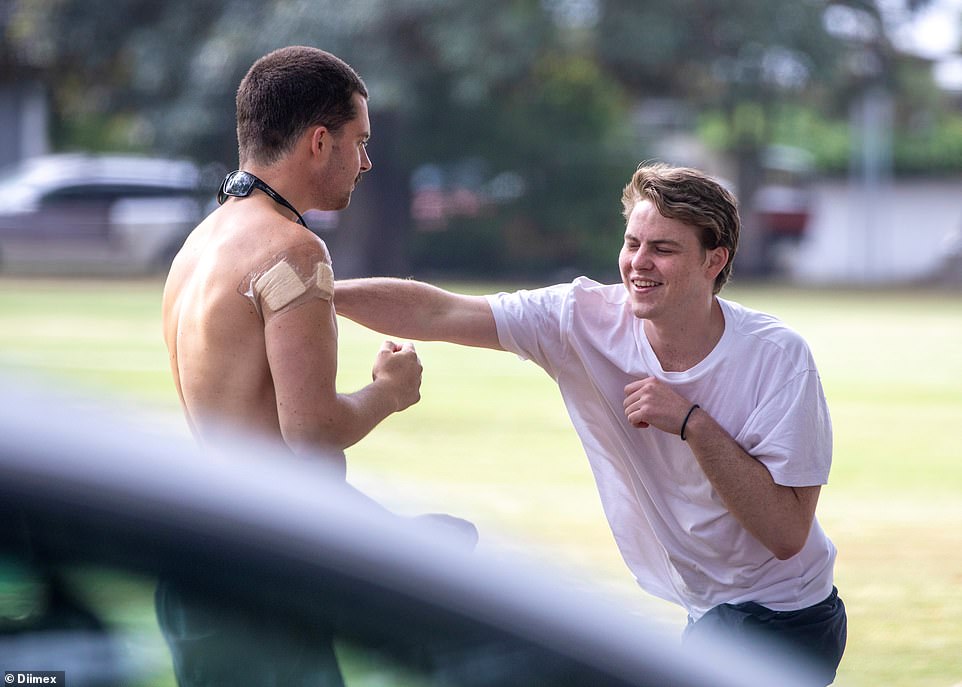 As Ball frolicked with his mates, his mother remained locked up in a remand cell at western Sydney’s Silverwater Women’s Prison.

Samantha Palmer will have spent the better part of the past month behind bars, even if she is released on bail during an application expected on Thursday.

Ms Palmer’s lawyers have previously told a court that Ball had arrived home shortly after 1am on the Saturday morning that she allegedly stabbed him.

He was hours late for his curfew, was apparently ‘incoherent’ and said something to his mother about being involved in a murder. 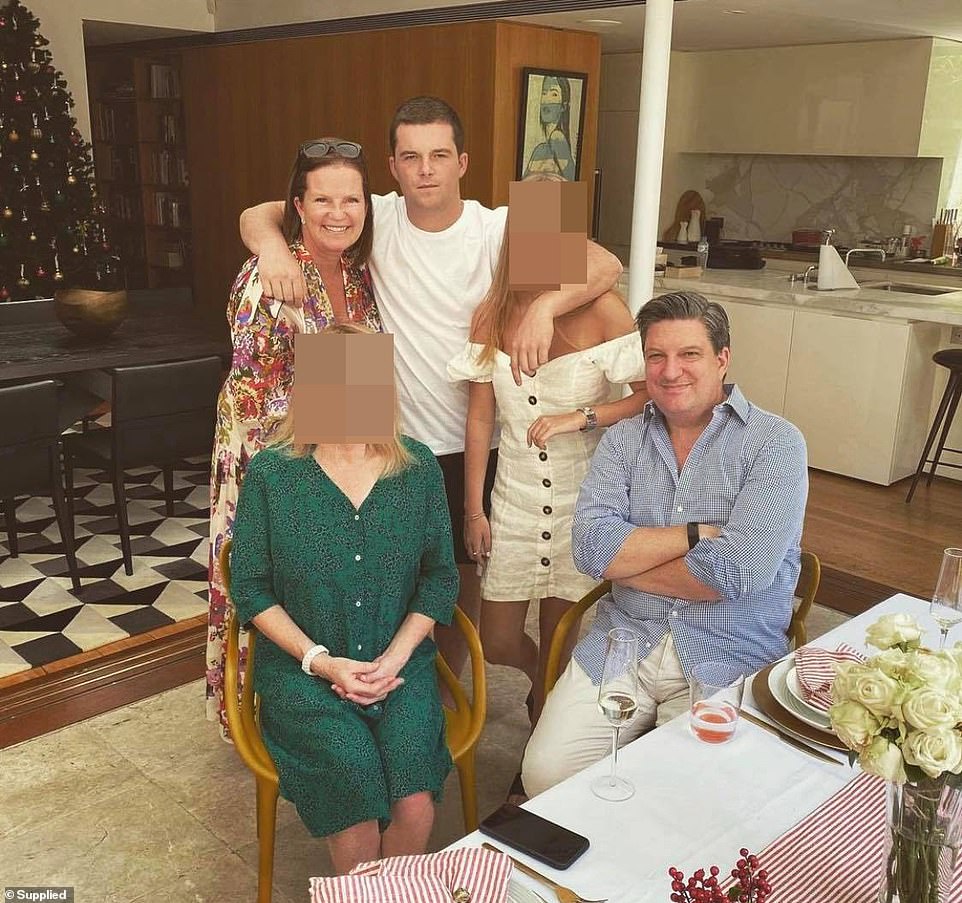 Last Christmas: Accused stabber Samantha Palmer, 55, with her son, Hugo Ball, and his father, the former CEO Ian Ball. Palmer is now hoping to freed on bail before this year’s festivities, with her case to appear in court on Thursday 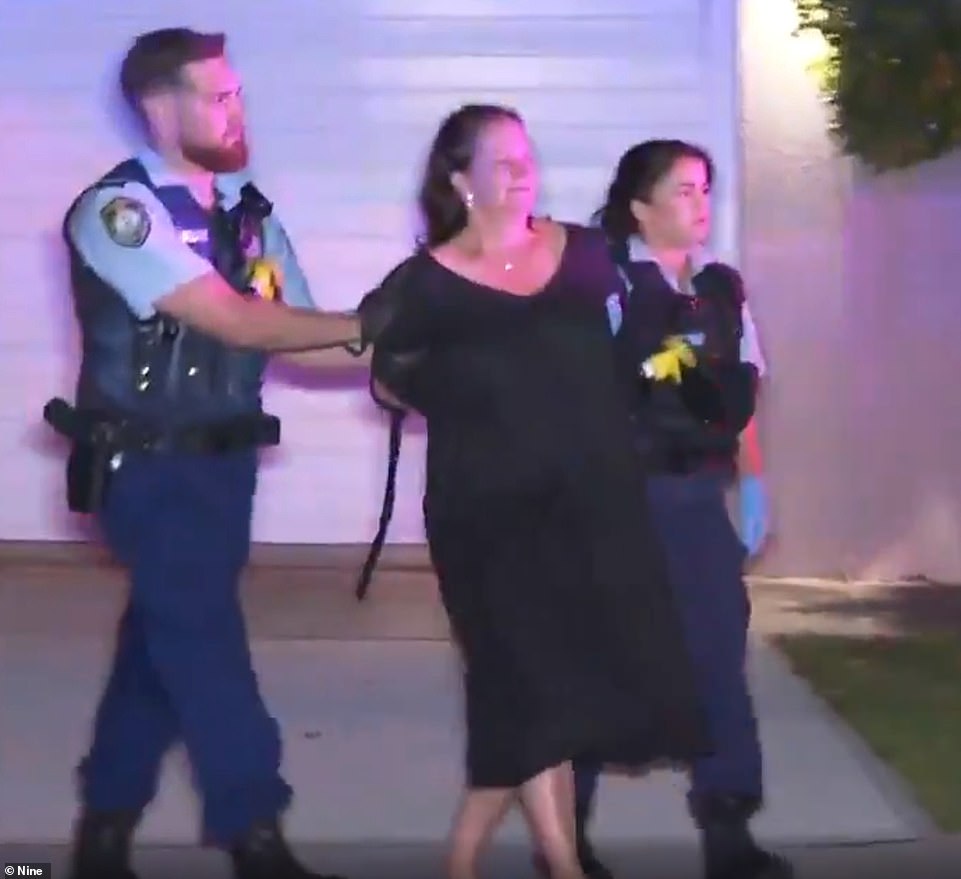 Palmer was led from her $3.1 million Bellevue Hill mansion in her black summer dress and pearls following the alleged incident about three weeks ago 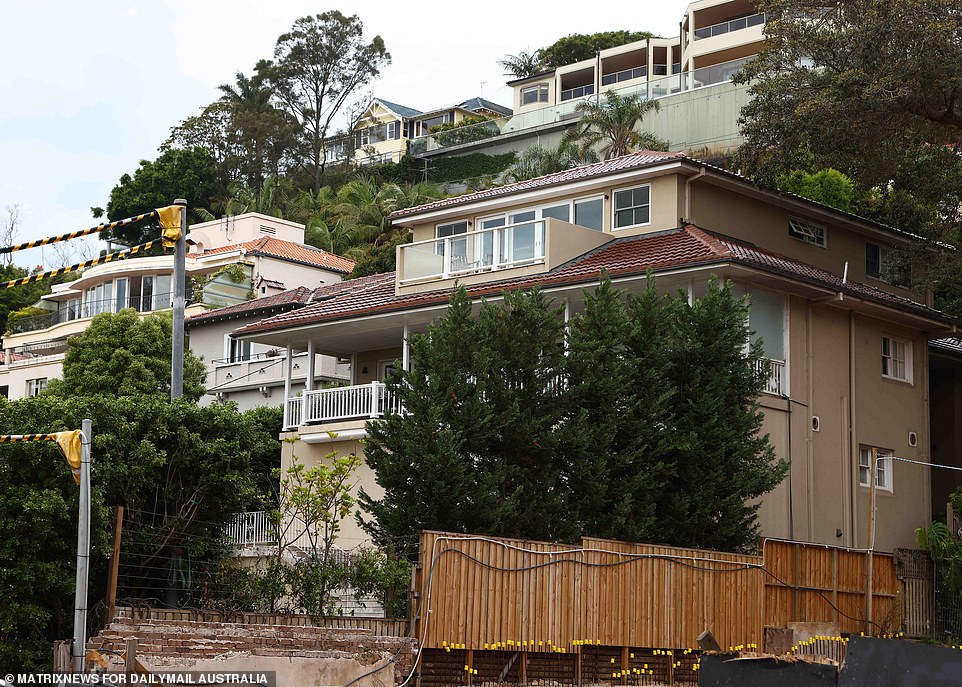 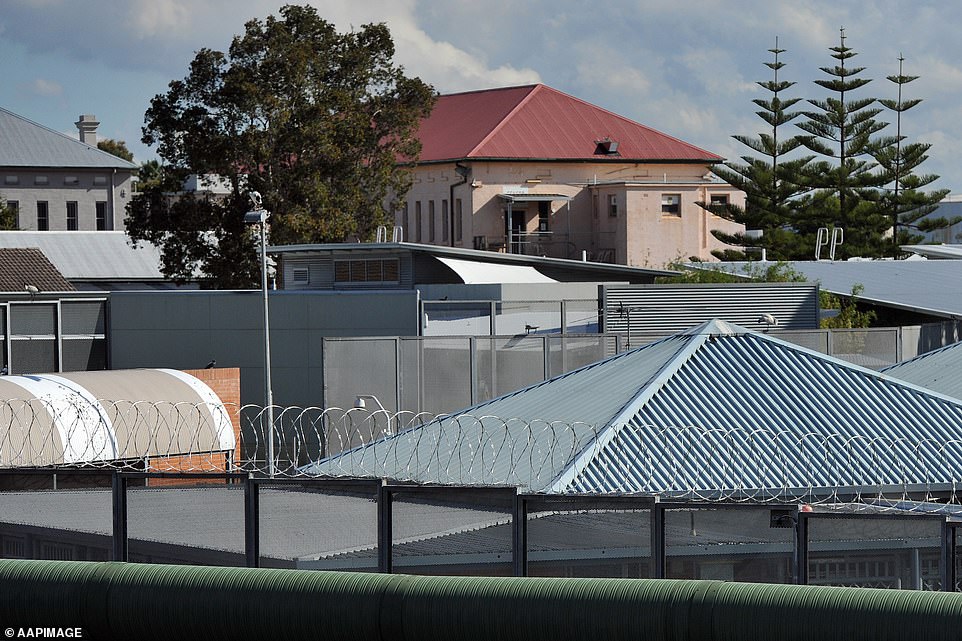 Palmer is on remand at the Silverwater Women’s Jail in Sydney’s west. The jail is pictured above

Ms Palmer is then alleged to have attacked her son.

Footage recorded at the time captured her screaming ‘I love you Jamie’ to her husband, James Tilley, as she was arrested by police in her pearls and black summer dress.

She was later charged with wound with intent to cause grievous bodily harm and hit with an apprehended violence order for Ball’s protection.

The alleged attack has been the talk of Bellevue Hill, one of Sydney’s most affluent suburbs.

Police have interviewed Ball about the events that led up to the stabbing. He has not been charged with any offences.

During a court hearing on November 22, Ms Palmer’s lawyer Darren Emery said Mr Ball had fallen into an ice, heroin and Valium addiction after graduating from high school.