The hitmaker’s shots showed her in various settings and outfits over the course of four decades and were meant to commemorate her 40th birthday, which occurred on Saturday.

The singer’s collages were also interactive, as fans could click on individual photos and get closer looks at parts of the designs. 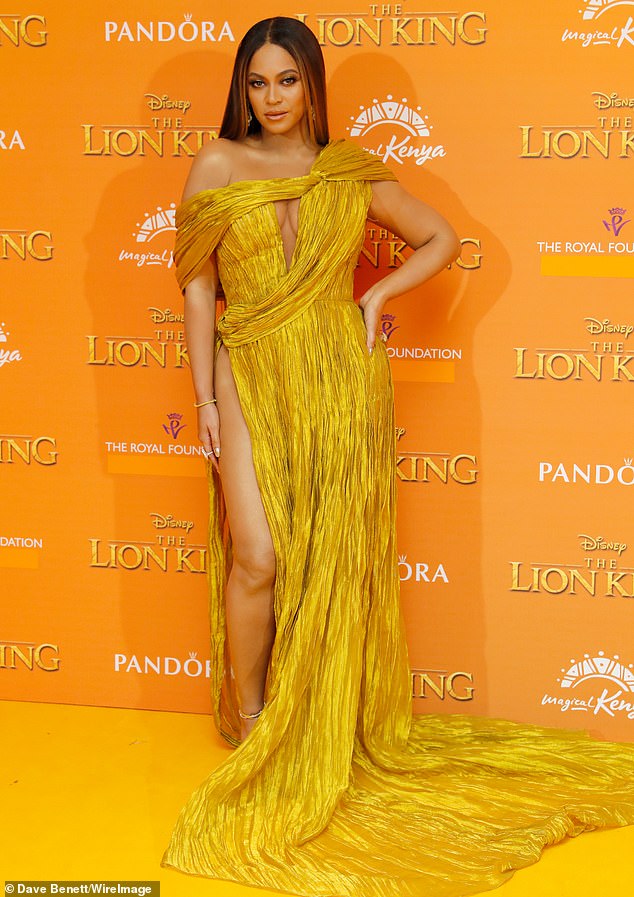 In the past: Beyonce shared several collages to her personal website to celebrate her 40th birthday, which occurred on Saturday; she is seen in 2019

Beyonce began the set by sharing images from her childhood, where she was seen spending time with her parents and other relatives.

Her pictures from her teenage years showed her hanging out with other musical artists and performing on stage, while another portion of the snaps showed her getting close to her future husband, Jay-Z, in 1998.

Several shots from the early 2000s featured her performing with her former group, Destiny’s Child, as well as taking on her early solo assignments.

The Grammy-winning artist slowly grew into her own throughout the period, and she was seen spending time with figures such as Michael Jackson, Prince and her now-husband.

Starting off strong: The songstress began her set by sharing numerous shots that had been taken in her early days 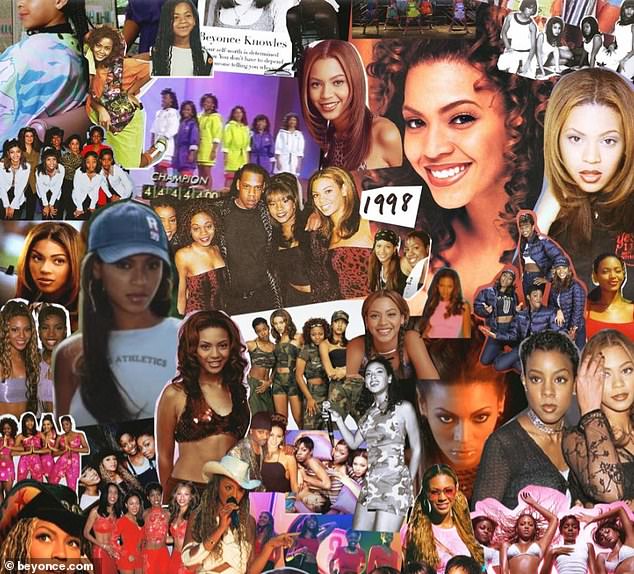 Hitting her stride: She also shared several pictures that had been taken during her time with Destiny’s Child

By the late 2000s, Beyonce had split from Destiny’s Child and begun working on her solo career, and a shot from her 2008 marriage to Jay-Z was also included.

A snap from her iconic pregnancy announcement at the 2011 MTV Video Music Awards was shown in one of the collages, as was a picture of her cradling her oldest child, Blue Ivy.

The beginnings of her modern professional projects were included in the images from the mid-2010s, as she was seen wearing a swimsuit bearing the Ivy Park logo.

Her shots from the latter portion of the decade beautifully juxtaposed her musical successes with the addition of her twins, Rumi and Sir, to her life. 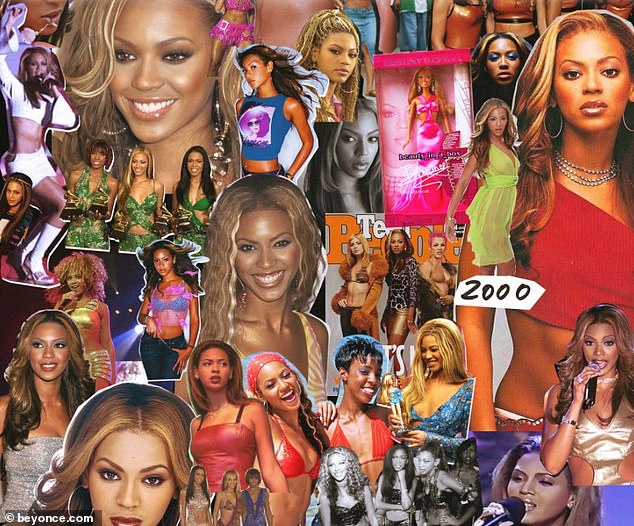 Going her own way: Beyonce went on to include numerous shots from the beginning of her career as a solo artist

Beyonce’s snaps from the recent past showed her posing while showing off her impressive sense of style, as she wore numerous different outfits in several different settings.

The performer expanded on her personal history during a recent interview with Harper’s Bazaar, where she noted that her younger years were mostly spent finding herself.

‘The first decade of my life was dedicated to dreaming. Because I was an introvert, I didn’t speak very much as a child. I spent a lot of time in my head building my imagination. I am now grateful for those shy years of silence,’ she noted.

The songstress also noted that her dedication to music took hold after she began to mature and figure out what she wanted out of life. 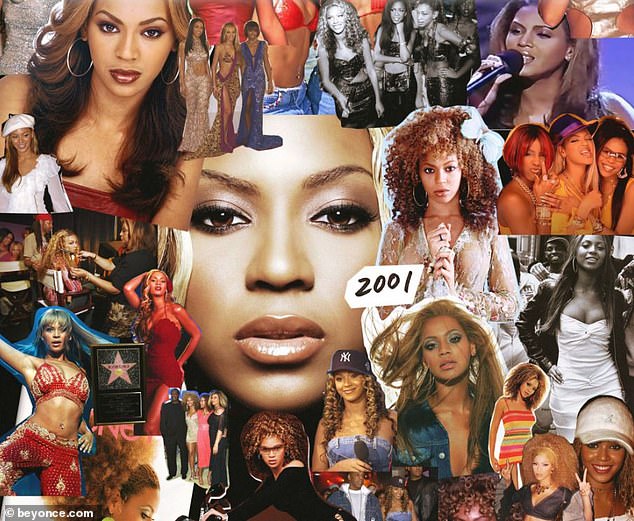 Doing her own thing: During a recent interview with Harper’s Bazaar, she expressed that she was very quiet as a child and that she was ‘grateful for those shy years of silence’

‘My teenage years were about the grind. I grew up hearing this particular scripture from James 2:17, “Faith without work is dead.” Vision and intention weren’t enough; I had to put in the work,’ she remarked.

She also expressed that, in her 20’s, she ‘was focused on commercial success and number ones and being a visionary no matter how many barriers I had to break through. I was pushed to my limits.’

Beyonce then noted that she was fine with reminiscing about her past achievements, although she was primarily focused on the future. 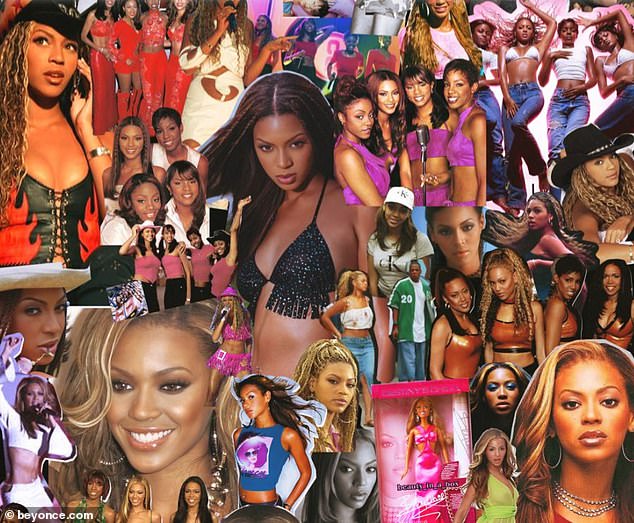 Determined: She also pointed out that in her 20’s, she was dedicated to ‘being a visionary no matter how many barriers I had to break through’

‘I’ve spent so many years trying to better myself and improve whatever I’ve done that I’m at a point where I no longer need to compete with myself. I have no interest in searching backwards. The past is the past,’ she noted.

The Love On Top singer then pointed out that she was happy with her accomplishments, which she could not have achieved in her younger days.

She added, ‘I feel many aspects of that younger, less evolved Beyonce could never f*** with the woman I am today.’ 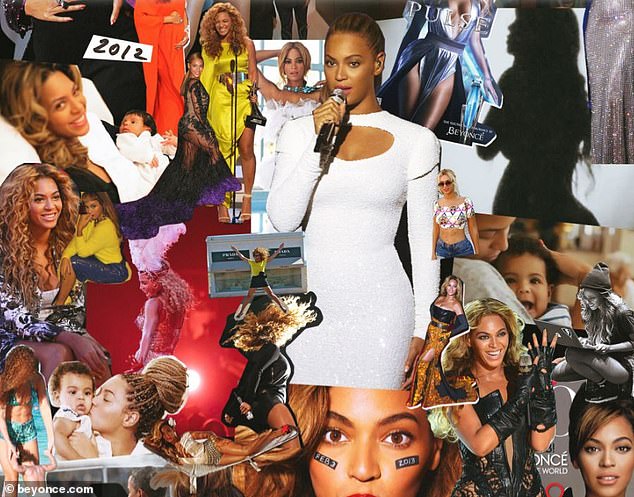 Looking forward: The hitmaker also remarked that she had ‘no interest in searching backwards. The past is the past’

Beyonce concluded by expressing that she was planning on taking it easy in the future, as she had put in ample work over the past four decades to warrant the freedom to do whatever she wished.

She expressed, ‘I’ve done so much in 40 years that I just want to enjoy my life. It’s hard going against the grain, but being a small part of some of the overdue shifts happening in the world feels very rewarding.’

The singer added, ‘I have paid my dues and followed every rule for decades, so now I can break the rules that need to be broken. My wish for the future is to continue to do everything everyone thinks I can’t do.’ 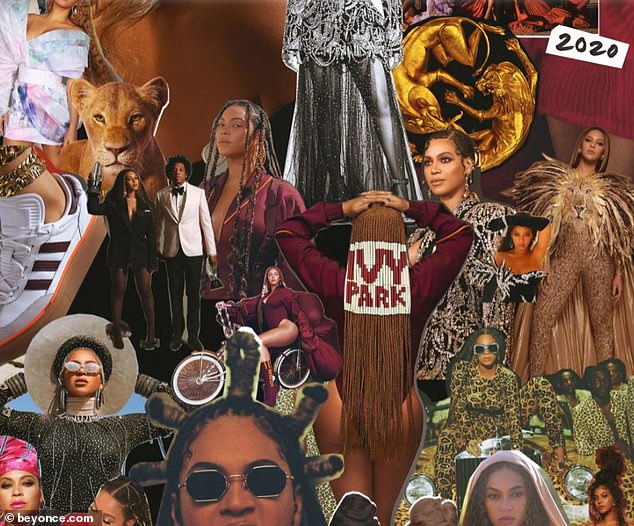 Great expectations: Beyonce concluded by noting that her plans for the future were ‘to continue to do everything everyone thinks I can’t do’

Boxed out of the NBA: Remembering the Eastern Professional Basketball League

Dachshunds should no longer be bred with exaggerated features to 'look cute', Kennel Club has said