Bondi scooter driver sparks furious road rules row after admitting she HOGS lanes while waiting to turn right but slams car drivers for honking their horns – so who do you think is in the wrong?

A scooter rider has sparked a heated argument among motorists in one of Australia’s densest suburbs after telling drivers she will ‘take up as much space’ as she likes.

She told motorists in a Facebook group for residents in Bondi in Sydney’s east to stop trying to pass her when she waits to turn right off a busy road in a single lane.

Other motorists responded angrily, calling the scooter rider ‘rude and disrespectful’, and one even claimed to have reported her to Road and Maritime Services.

SHOULD SCOOTERS HUG THE WHITE LINE, OR STAY IN THE MIDDLE OF THE LANE?

‘When I am waiting to turn right off a busy road I will take up as much space as I like – please don’t toot me to move out the way,’ the Bondi local posted on social media.

‘I don’t hug the white line for a reason – so that you can’t squeeze past me and potentially knock me over… If I were a car you would have to wait so stop with the road rage and think less about yourself.’

‘Disagree, I ride bikes. Get right up [to] the white line, let them go past you on the left whilst waiting to turn right,’ they wrote. 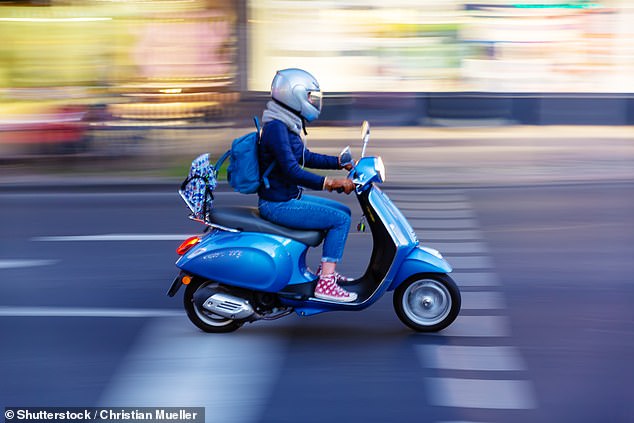 One person was confused about why the rider wanted to take up space and claimed it was safer to squeeze close to the white line while waiting to turn.

‘If an impatient person hits me I’d rather it be them trying to squeeze past or a clip of the rear rather than a full speed rear end collision,’ they said.

Some defended the poster, who said she was trying to educate people and protect her own safety.

‘[She] is obeying the road rules, and trying to educate people to share the road responsibly you should listen and learn,’ one said.

The Facebook discussion escalated when one Eastern suburbs resident claimed to have screenshot the post and emailed it to the RMS to get the scooter rider’s licence revoked. 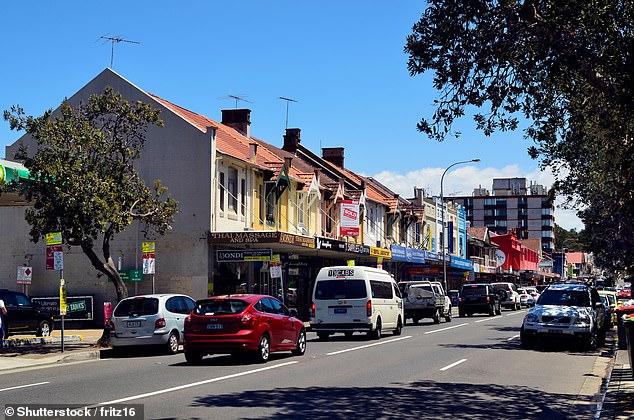 Other motorists responded angrily, calling the scooterist ‘rude and disrespectful’, and one even claimed to have reported her to Road and Maritime Services. Pictured: Bondi Road on Bondi Beach, October 2017

The RMS recommends when scooter riders are turning right from a single lane, they should try and turn as close to the far side of the lane as possible.

‘When turning right from a single lane, start the turn as near as practicable to the far right of the lane or middle of the road,’ the RMS states in a motorcycle and scooter riders handbook.

‘[Try] buffering hazards as you exit the turn.’

The same advice applies when turning left, the handbook states. 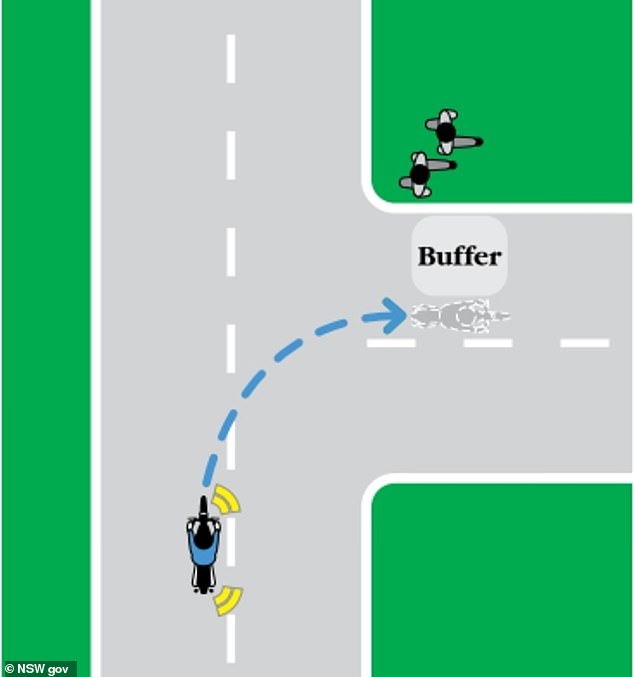