A bus carrying 50 children has been rear-ended by a truck in a major crash on a busy suburban highway.

Police and ambulance crews were rushed to the Leach Highway in Booragoon in Perth’s south after the collision on Wednesday morning at 8.13am.

A witness said about 50 school-aged children were taken off the Transperth bus.

There are no reports of any major injuries, a St John Ambulance spokeswoman said. 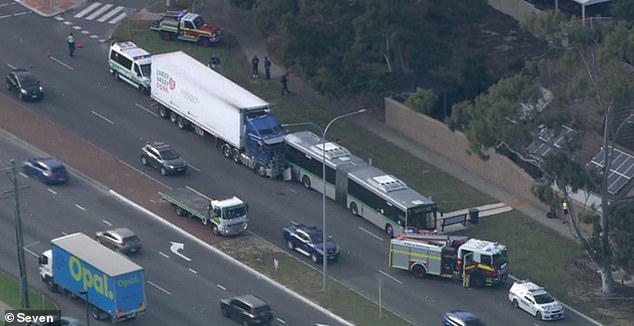 A Western Australia Police spokesman said the two drivers involved in the crash near the junction with Winthrop Drive were still being assessed.

‘About 50 school kids, all have been taken off, and there is an ambulance and police in attendance,’ 6PR listener Ken told the radio station.

Drivers have been told to avoid the area. 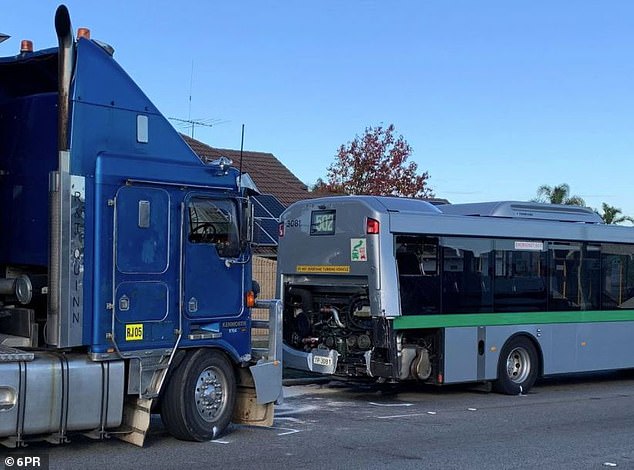 The scene is pictured after the crash. A witness said about 50 school-aged children were taken off the Transperth bus

The highway’s left westbound lane has been blocked by police.

Traffic as of 11am was tailing back for more than 1.5km to the highway’s junction with Murdoch Drive in Bateman.

Blocking traffic as a human bollard

What is the European Super League? Which clubs are playing and how will it work?