Priti Patel could face the axe as Home Secretary and be made Tory chairman in a New Year reshuffle, it was claimed yesterday.

Boris Johnson had stuck his neck out to save her from the sack last week after she was found to have bullied civil servants.

But there is now speculation that he could demote her amid questions over her competence and failure to deal with the Channel migrants crisis.

It comes as a Freedom of Information request revealed the Home Office has sacked 12 staff following allegations of bullying since 2018.

Priti Patel (pictured) could face the axe as Home Secretary and be made Tory chairman in a New Year reshuffle, it was claimed yesterday

His decision prompted the resignation of his ethics adviser Sir Alex Allan, who had found that the claims against her were true.

But despite this, Mr Johnson has had conversations about moving her when he recasts his Cabinet, sources told The Sunday Times.

He had told MPs to ‘form a square around the Prittster’ but is said to have tired of her failure to tackle the surge of migrants arriving in the UK by boat.

‘The view of the political operation in No 10 was that she should be protected,’ a senior Tory told the paper.

‘But there is also a view that she should be reshuffled on competence grounds.

‘There is continual frustration that the Home Office has not got a grip on things, the small boats in particular.’

Policing minister Kit Malthouse, who is a confidant of the PM, is favourite to take over, the paper reported. Michael Gove and Dominic Raab are also understood to be in the frame. 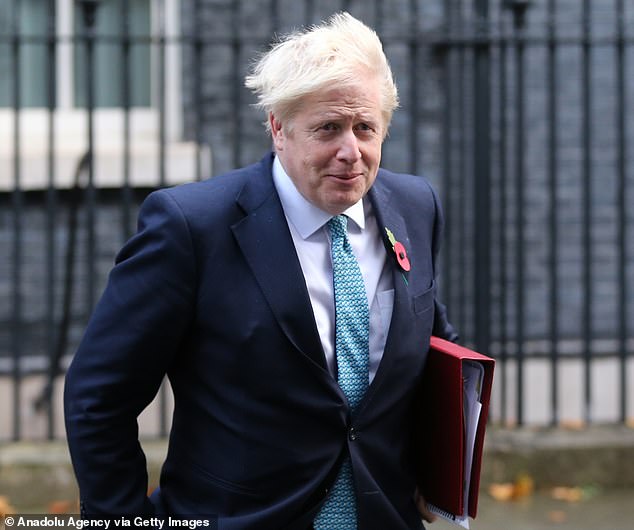 Miss Patel, 48, who is popular with the Tory grassroots, is tipped to be made Tory party chairman.

Sources did not deny the reports yesterday, but said that conversations about a reshuffle were far too premature.

She has apologised and said she ‘never intentionally set out to upset anyone’.

The film crews being directed from a continent away