Residents are living in fear near a block of derelict houses a short walk from the Gold Coast‘s famous Glitter Strip that has become infested with drug dealers, squatters, and thieves.

The 1.3hectare block at Budds Beach – an otherwise picturesque suburb bordering the Gold Coast Highway and the expensive high-rise resorts of Surfer’s Paradise – sits in sharp contrast with the city’s reputation as ‘Australia’s playground’.

Drug deals, break-ins, hooning in cars, broken windows, and overflowing rubbish bins that attract rats have turned the neighbourhood into a living hell for nearby residents.

The site was supposed to be under development as an ambitious, high-end complex called Sapphire – comprising two 71 and 33-storey towers.

But when its Sydney-based developer Ralan went bust in July 2019 with debts of more than $560million, the site fell into disrepair. 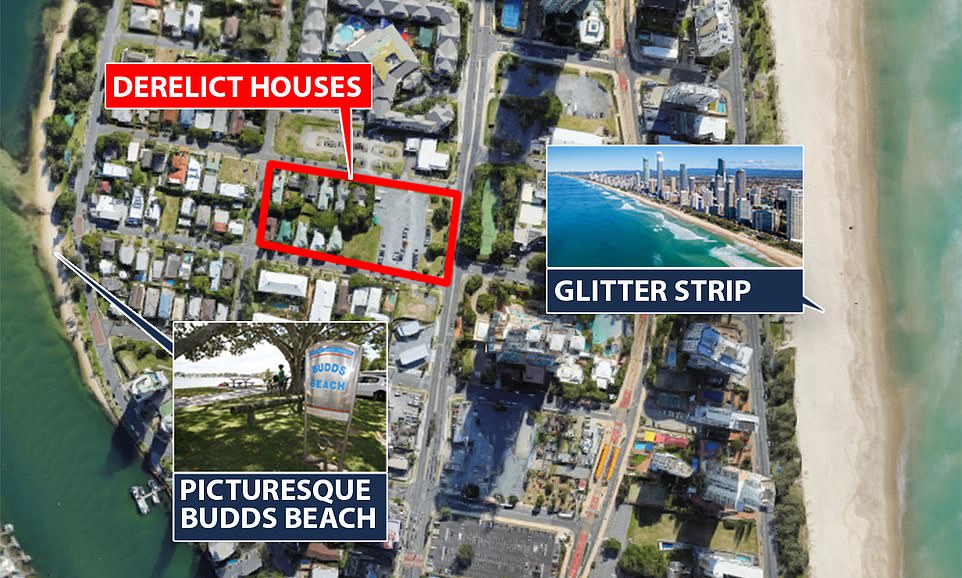 Residents on a 1.3hectare block at Budds Beach in Surfer’s Paradise has become a gangland for drug dealers, squatters and thieves 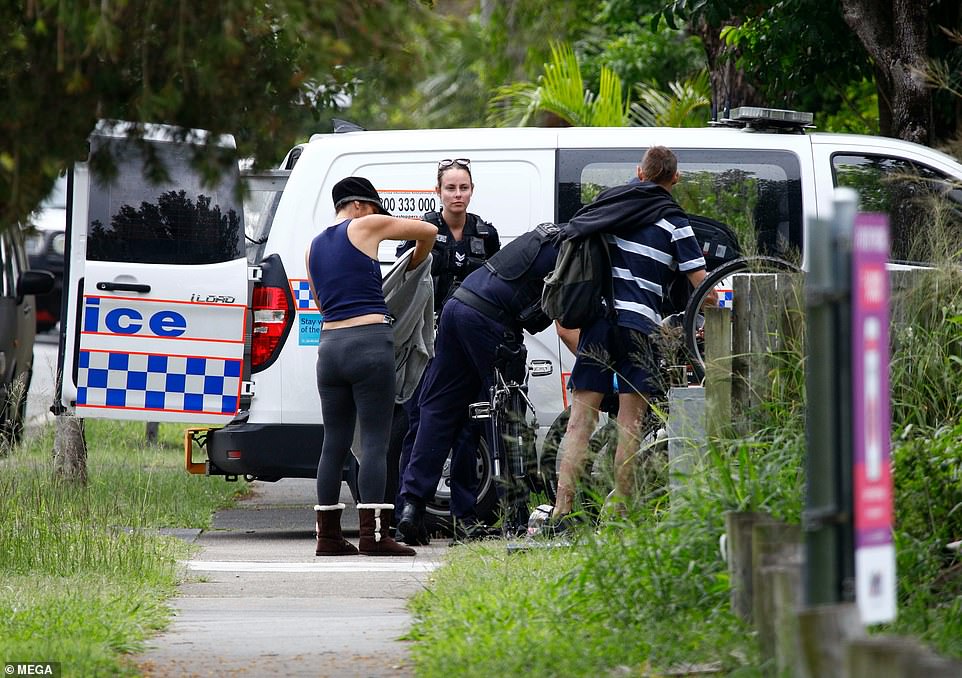 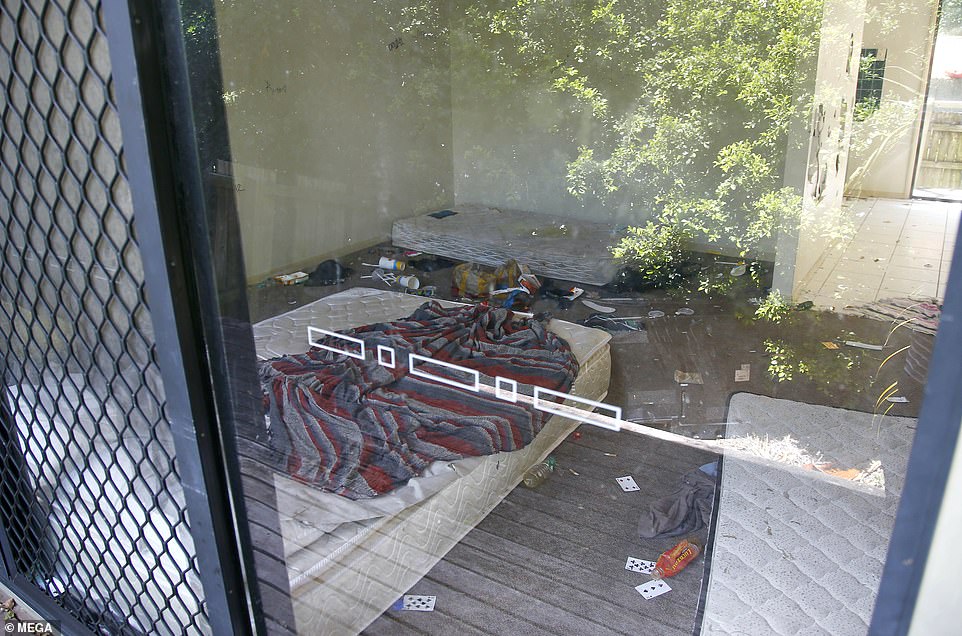 Bare mattresses are pictured inside a home at Budds Beach. The site was supposed to be under development as an ambitious, high-end complex called Sapphire 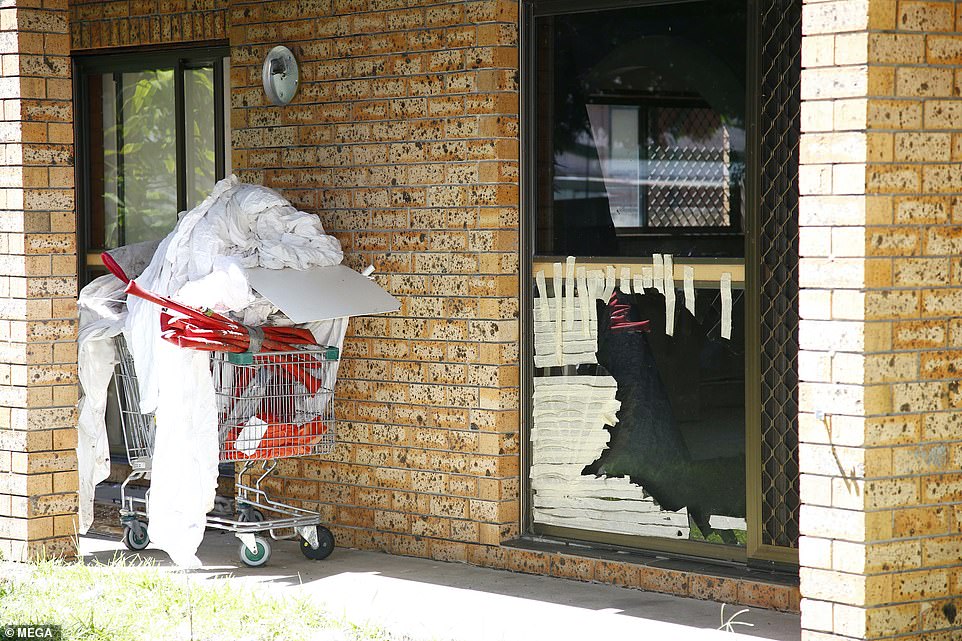 Residents say it soon became a haven for squatters who they claim are members of youth crime gangs.

A long-term resident who lives close to the block, and was too scared to give her name, told Daily Mail Australia her family were fed up with the comings and goings of the trespassers from the area bounded by Pine, Norfolk and Oak Avenue.

‘The area’s gone from a really nice place to live to just being dodgy, like Peninsular Drive,’ said one resident, referencing another Surfer’s Paradise location that became a hotspot for illegal dumping.

‘It’s a horrible place to live now, we’re trying to get out.’

A meeting of residents with the council, the site’s administrator Deloitte and Gold Coast police took place in mid-February.

A higher-profile police presence was agreed to, while Deloitte agreed to board up some of the properties and remove overgrown shrubbery.

One resident said locals had been told demolition of the houses was considered ‘prohibitively’ expensive by the administrator. 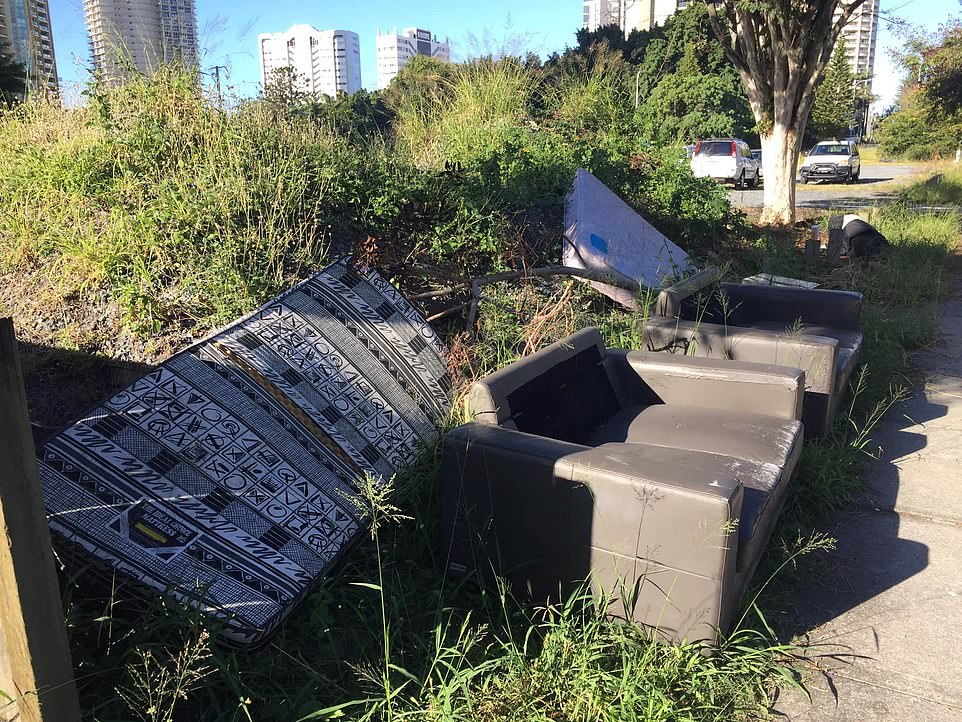 Furniture sits abandoned on an overgrown grassy verge in the area. ‘The area’s gone from a really nice place to live to just being dodgy,’ one resident said 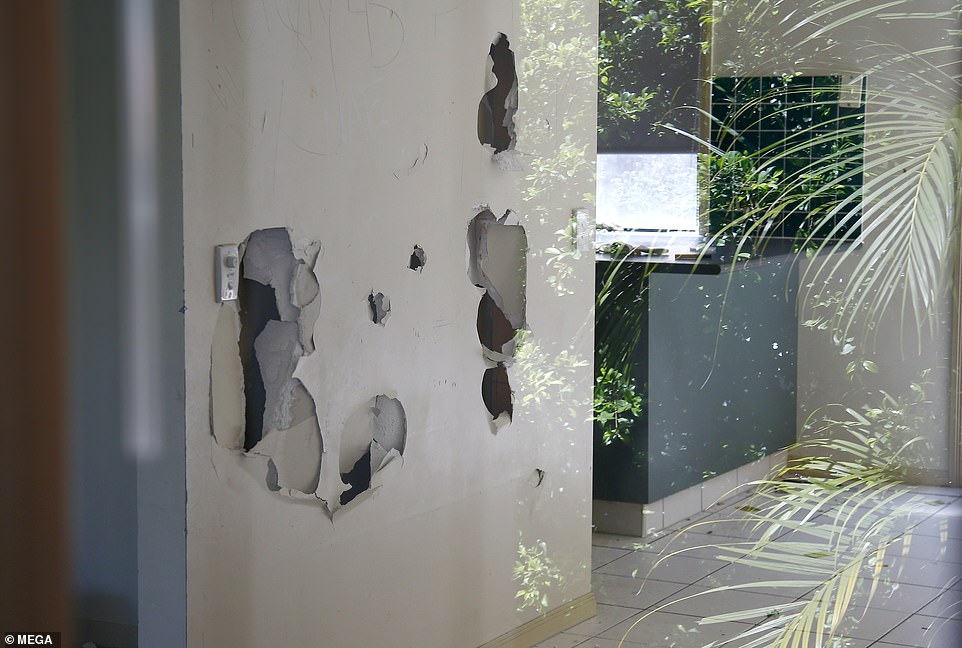 The derelict homes sit just one block away from the bustling Glitter Strip. Locals fear to step out after dark as homeless people and drug gangs have moved into the area, terrifying residents.

But despite police clearing squatters from the houses after that meeting, one of the residents Daily Mail Australia spoke with confirmed that the same people have gradually returned.

‘One lot are a gang from Logan who come and go in stolen cars… and there’s another group that are locals who do all the drug deals and pinch all the bikes,’ said the resident.

‘We don’t leave the house now unless there’s someone here,’ she said. ‘The other night, one neighbour woke up and there was a man in his nine-year-old child’s bedroom. A neighbour’s car was also broken into in the next street the other night.

‘The police only seem to come if we call them, if there’s ‘activity’.’

Other sources have told Daily Mail Australia some of the trespassers using the dilapidated houses in the block are members of feeder gangs to Gold Coast outlaw motorcycle gangs, including Southside Soldiers and Gold Coast Brotherhood.

Queensland Police would not comment on whether gang members from Logan or the Gold Coast were using the houses.

Police said in a statement: ‘Since meeting last week, local police have continued to proactively patrol in and around the area, and we encourage members of the public to report any potential incidents to police.’ 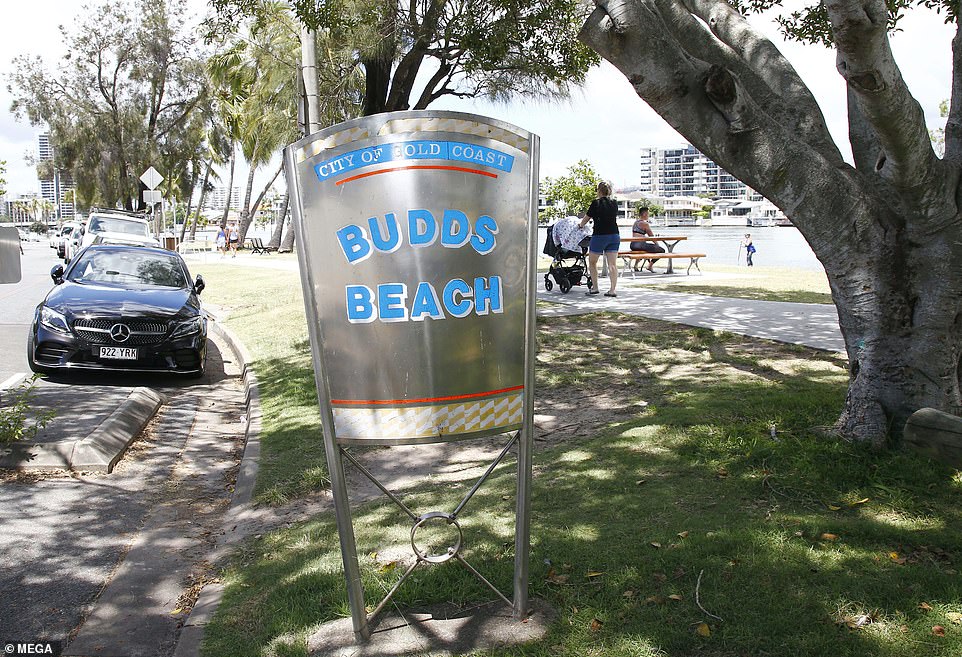 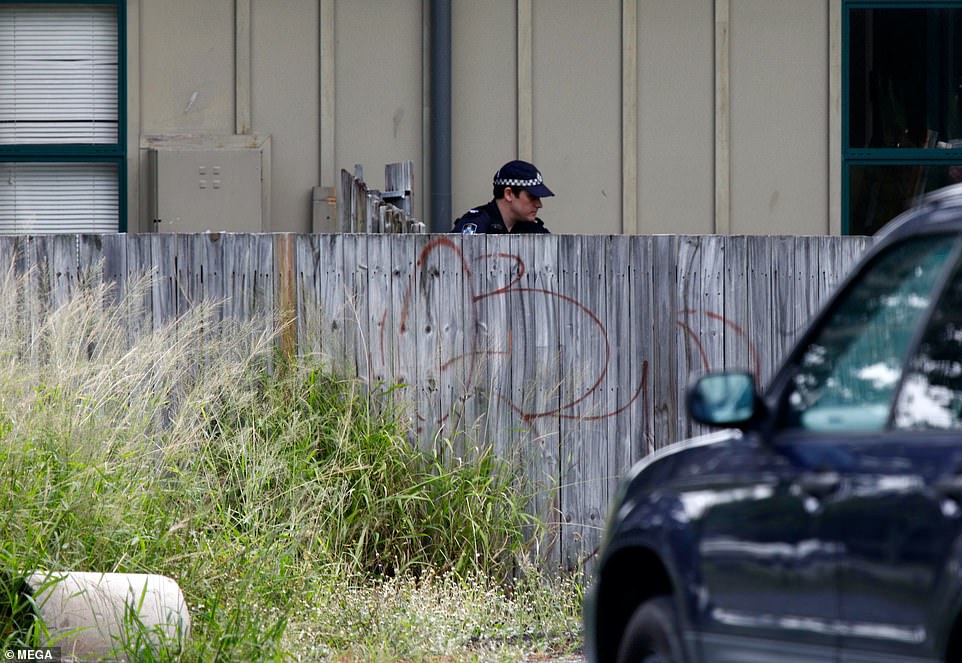 A police officer is pictured at the block of derelict homes. Police have stepped up patrols in the area and asked the public to report any potential incidents to authorites 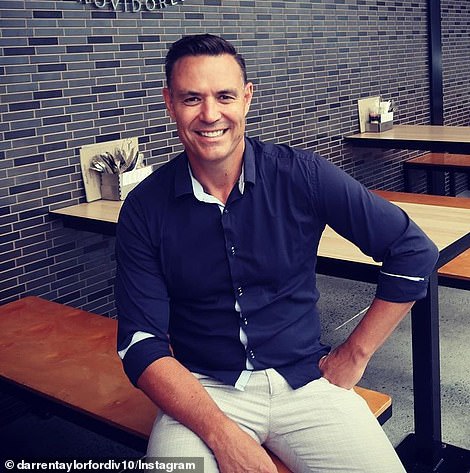 ‘It’s been a challenge from day one,’ local councillor Darren Taylor said.

‘Police clear the trespassers out and they return but police resourcing means they can’t have someone posted down there all day.

‘One day I was down there with the police and after they left, I saw a young guy walk straight back in [to a derelict property]. It’s up to the community, if they see that, to report it.’

Mr Taylor hoped the relocation of some CCTV cameras to the nearby high-rises would help police keep better tabs on problems posed by the trespassers.

The administrator Deloitte did not respond to a Daily Mail Australia query for a timeline on when it would take action on the site.

The fate that has befallen the Budds Beach site is by no means the first example of a derelict property being overtaken by squatters on the Gold Coast.

In 2019, a block worth $3million which had previously housed local landmark Chaopraya Thai Restaurant on the corner of Gold Coast Highway and Frederick St also became a home to squatters and vagrants, increasing petty crime in the area and leaving the abandoned property covered in graffiti and strewn with rubbish. 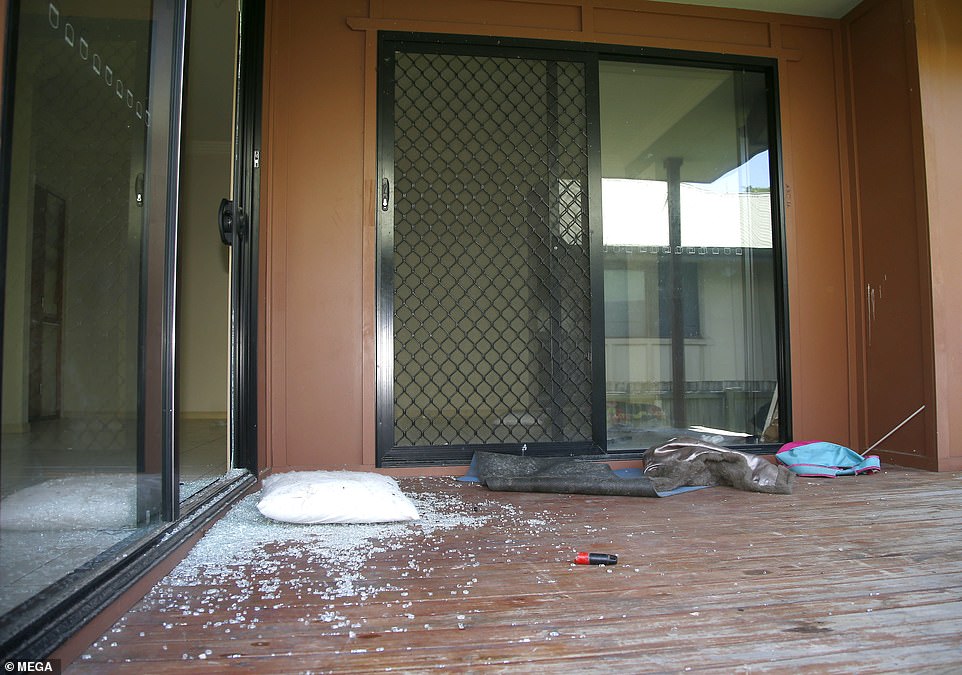 Smashed glass pictured at one of the homes on the block. The area is in stark contrast to most of Budds Beach – a popular area on the Gold Coast with home prices well into the seven-figure price range 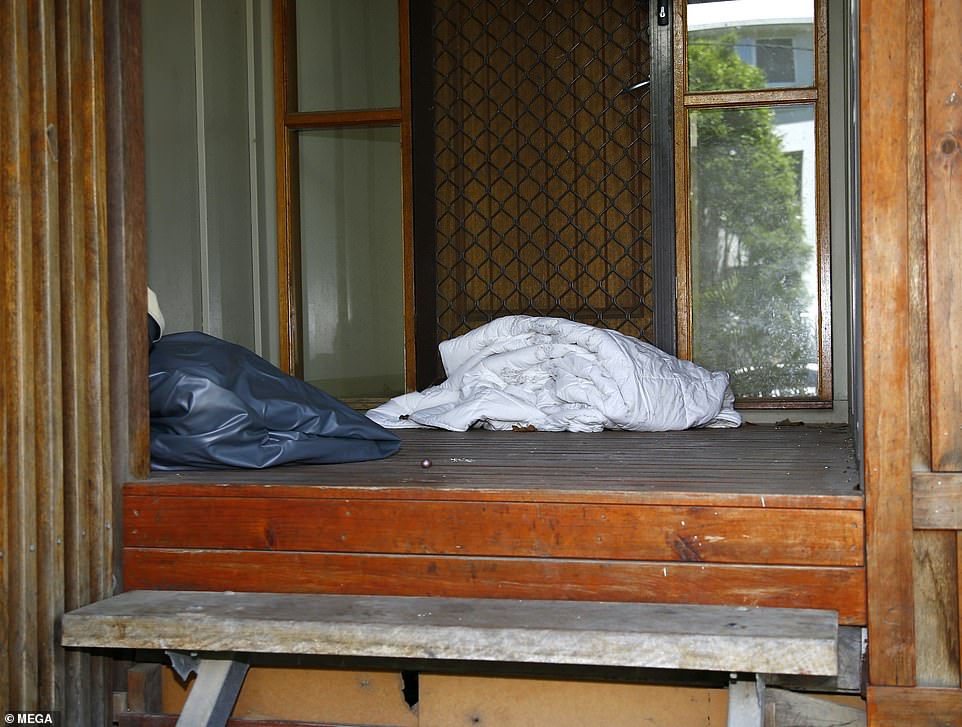 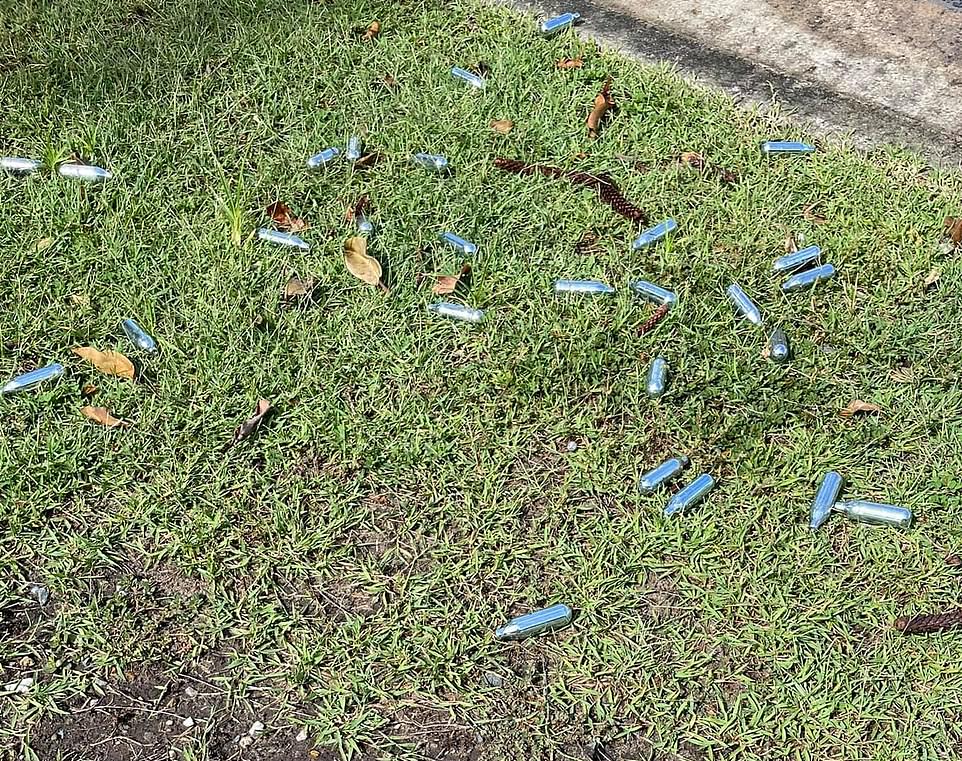 Nitrous oxide canisters pictured at the block. Residents say after the developer went bust the area soon became a haven for squatters they claim are members of youth crime gangs. 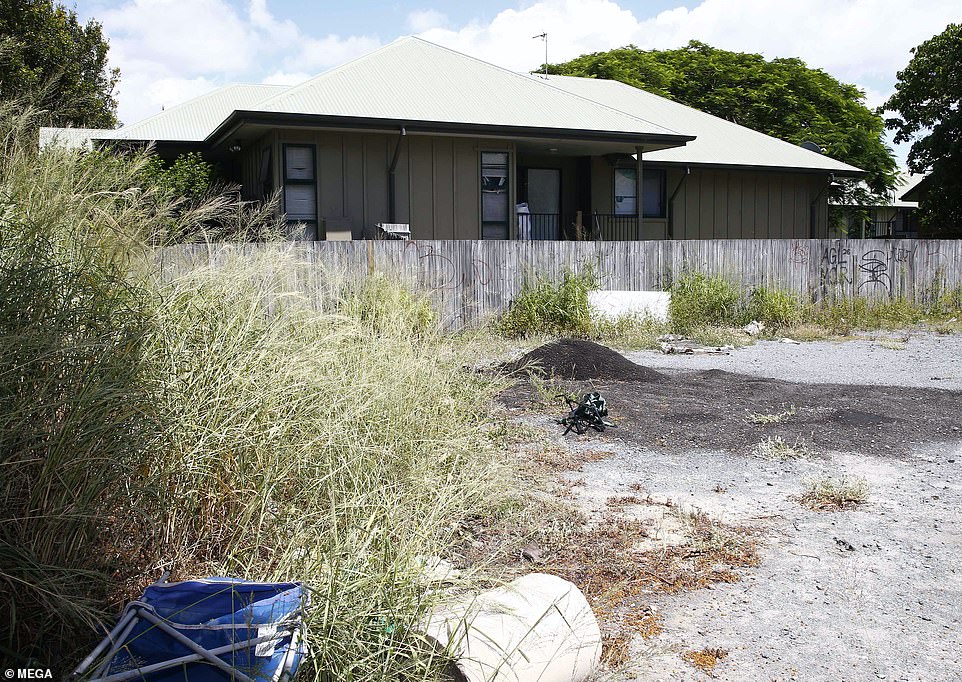 The homes, just one block away from bustling cafes and jet skiers showing off their moves on the latest models, are in a bad state of repair 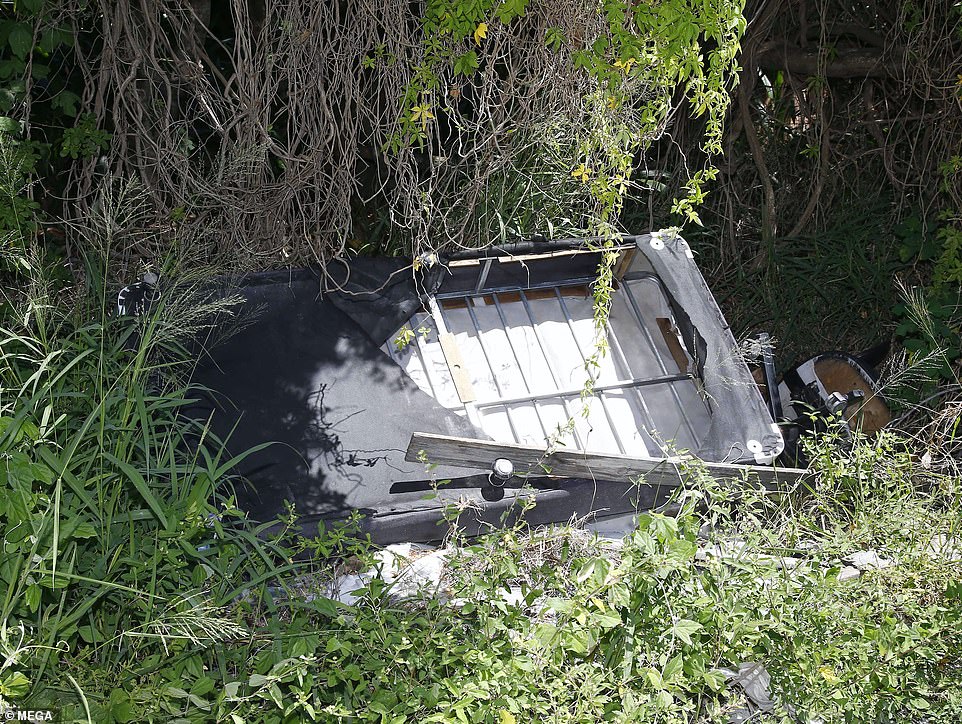 An overturned sofa in bushland near the block. Mr Taylor believes Gold Coast Council needs to do better at dealing with the ongoing problem of derelict spaces

Taylor believes Gold Coast Council needs to do better at dealing with the ongoing problem of derelict spaces at the development application stage.

‘I call them ‘bomb sites’,’ he said, ‘these derelict properties that aren’t being knocked over. We need to talk internally [at council] about what is put into the development applications.

‘There should be a requirement on the developer that if they don’t do what they said they were going to do, they demolish the existing property and make the area green and more attractive.’

The 1.3 hectare site has since been snapped up by high-flying Melbourne developer Tim Gurner.

The rich-list regular plans a 600-apartment, multi-tower project on the site of the degraded houses, including hotel and resort amenities.

The $600 million project is planned in partnership with Melbourne investment firm, Wingate.

‘When and how that [development] happens is another subject,’ said Taylor. ‘Only five per cent of development applications go ahead in the heart of Surfer’s.’