China’s new ‘god of war in the sky’ stealth bomber ‘could be able to hit Guam with a nuke’, weapons analyst suggests

China is working on a long-range stealth bomber which may be able to carry out nuclear strikes on US targets in Guam and beyond, a military analyst has revealed.

New computer-generated images of the Xian H-20 strategic bomber have been published by the state defence corporation, Norinco – the first glimpse of the next-generation warplane which has been under development for years.

The four images suggest the bomber has a weapon bay, two adjustable tail wings, an airborne radar and two air intakes either side of the cockpit in a similar design to the USAF B-2 Spirit, introduced in the late ’90s.

On the front cover of Norinco’s magazine, Modern Warfare, the warplane is referred to as ‘god of war in the sky.’

The Chinese stealth bomber is covered in dark grey radar-absorbent material and features slight, low-drag wings which provide it with intercontinental range, as well as making it difficult for radar to perceive. 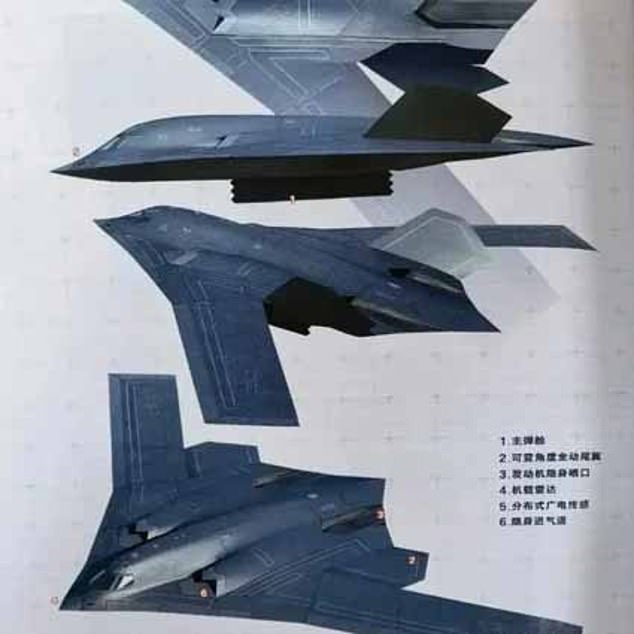 The four images suggest the bomber has a weapon bay, two adjustable tail wings, an airborne radar and two air intakes either side of the cockpit in a similar design to the USAF B-2 Spirit bomber, introduced in the late ’90s 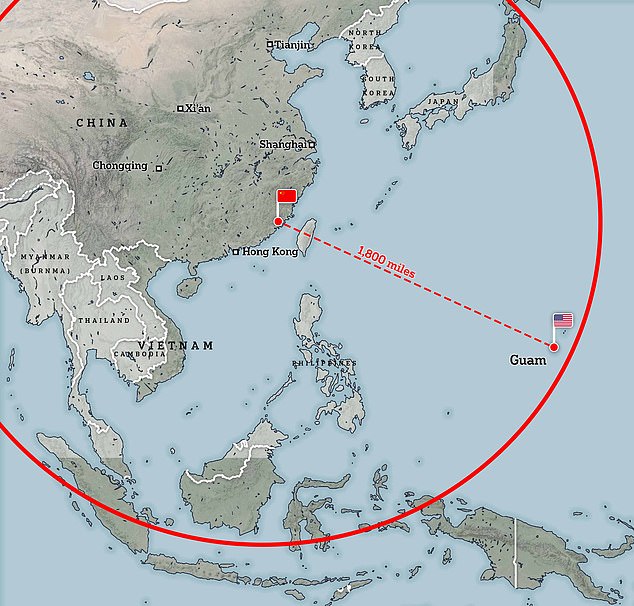 America’s ‘second island chain’ which the new bomber threatens is formed by the Bonin Islands and Volcano Islands of Japan, in addition to the Mariana Islands, most notably Guam, a vital US military territory

According to previous reports the H-20 will be equipped with nuclear, hypersonic and conventional cruise missiles, have a maximum take-off weight of 200 tonnes and a payload of up to 45 tonnes, with top speeds expected to be subsonic – less than 609mph.

Jon Grevatt, a military aviation expert and Asia-Pacific defence analyst at Janes, says that the pictures reveal the warplane prioritises stealth over speed.

‘So that means the strategic kind of advantage of that aircraft is that it would be able to strike as what they call a strategic bomber, so it will be able to strike targets a long distance away, perhaps in the second island chain and beyond,’ Grevatt told The South China Morning Post.

‘That means it would threaten US assets and interests in the Asia-Pacific. If the aircraft becomes operational, it has the potential to be a game-changer.’

For comparison, the USAF B-2 Spirit has an operational range of nearly 7,000 miles – much further than the 1,800 miles from China to Guam.

America’s so-called ‘island chain strategy’ strings three tiers of bases together from Japan, Guam and all the way to Hawaii to bolster its defence capabilities in the South China Sea.

It is referred to as the ‘unsinkable aircraft carrier.’

The ‘second chain’ which the new bomber threatens is formed by the Bonin Islands and Volcano Islands of Japan, in addition to the Mariana Islands, most notably Guam, a vital US military territory.

The region is hotly-contested with China laying claim to islands which are also claimed by Brunei, the Philippines, Taiwan, Malaysia and Vietnam.

Grevatt believes the new aircraft will become operational by the late 2020s and that China has secured vast intelligence on engineering stealth bombers over the last devade.

The H-20 has previously attracted the attention of international experts wary of Beijing’s military ambitions.

In October, the London-based Royal United Services Institute for Defence and Security Studies said that the bomber offered China a ‘truly intercontinental’ capability that would expand far beyond the country’s seaboard.