Chinese swimmer star Sun Yang was banned for more than four years on Tuesday for breaking anti-doping rules, after a retrial at the Court of Arbitration for Sport.

The court’s verdict ends Sun’s hopes of defending his Olympic title in the 200 meters freestyle in Tokyo next month. The ban is backdated to February 2020, meaning Sun could return for the 2024 Paris Olympics when he would be 32.

The judges found Sun ‘to have acted recklessly’ when he refused to let anti-doping officials leave his home with a sample of his blood, the court said. 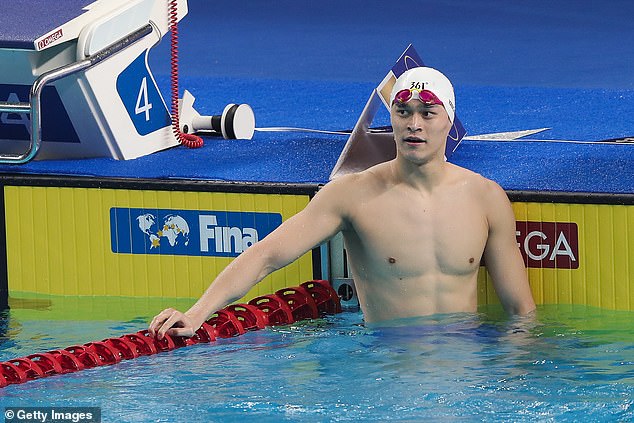 The retrial was heard by three new judges by video over three days last month and fast-tracked ahead of the Tokyo Olympics opening on July 23.

For the retrial, an addition to Sun’s Geneva-based legal team were lawyers who successfully represented Russia’s anti-doping agency and athletes in previous CAS hearings. 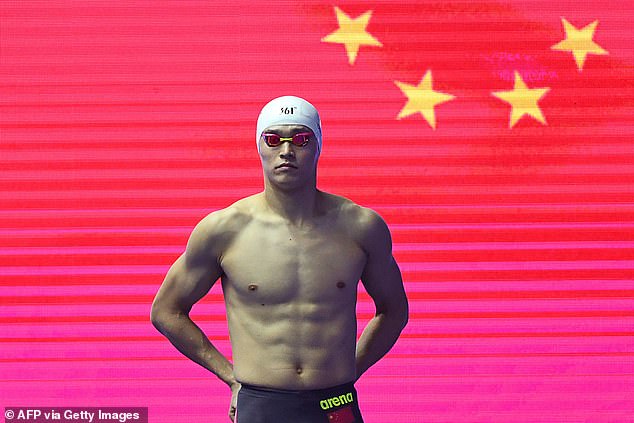 The case was about a failed attempt to take blood and urine from Sun by a sample collection team who made an unannounced visit to his home in China in September 2018.

It turned confrontational after midnight when he questioned the officials’ credentials. It led to Sun’s entourage ordering a security guard to smash the casing of a blood vial with a hammer so that it would not be valid for testing.

The World Anti-Doping Agency appealed to CAS when a tribunal appointed by swimming’s governing body, FINA, only warned the three-time Olympic champion about his conduct.

WADA requested a ban of two to eight years for a second doping conviction. Sun served a three-month ban in 2014 imposed by Chinese authorities after testing positive for a stimulant that was banned at the time. The ban was not announced until after it ended. 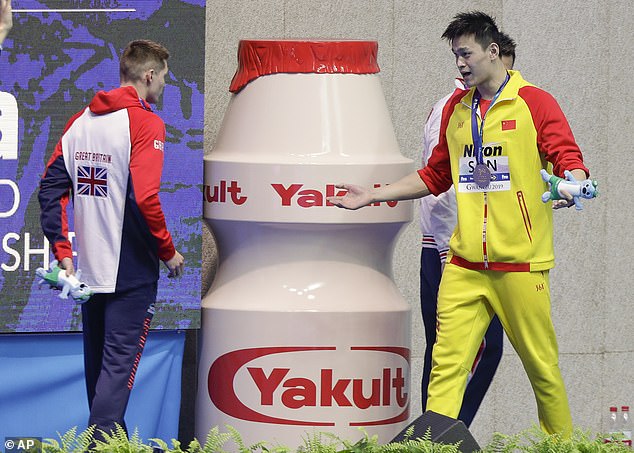 Sun’s second career ban was imposed after a rare CAS hearing held in open court and streamed live online. It lasted more than 10 hours in November 2019 at a special court session in Montreux, Switzerland.

A change this year to FINA’s rules in anti-doping cases meant the eight-year ban for a second offense could be reduced. This amendment ‘represents a newly flexible approach,’ the court said.

The 6-foot-7 (2-meter) Sun was the first Chinese swimmer to win Olympic gold, in 2012 at London, and has long been a polarizing figure in the pool.

Rivals branded him a drug cheat at the 2016 Rio de Janeiro Olympics, and two competitors refused to stand with him on medal podiums at the 2019 world championships. 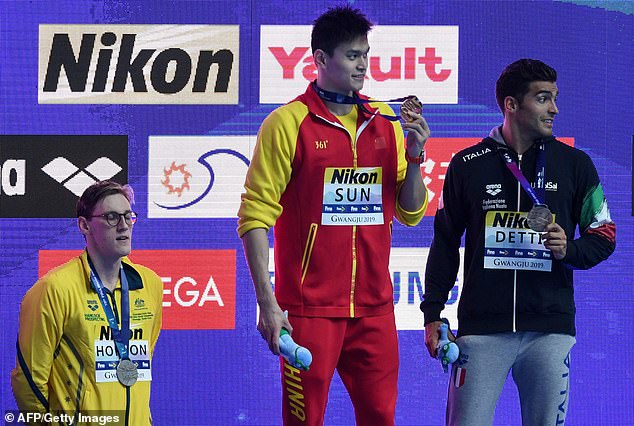