And on Sunday, the 24-year-old competed in the 50m butterfly final as his girlfriend Marloes Stevens and sister Alli cheered him on.

The singer-turned-athlete showed off his bulging biceps as he left the pool after  coming ninth in his heat with 24.79 seconds.

Ready, set, go! Cody Simpson showed off his bulging biceps as he competed at the Australian Swimming Championships on the Gold Coast on Sunday

With water dripping from his muscular form, Cody looked less than impressed as he held his belongings.

On Saturday, Cody placed fifth in his 50-metre heat. Speaking to News Corp, he said he was ‘dusting himself off’ following the crushing defeat, and claimed his two weeks in quarantine could have contributed to a loss in his optimal pool performance. 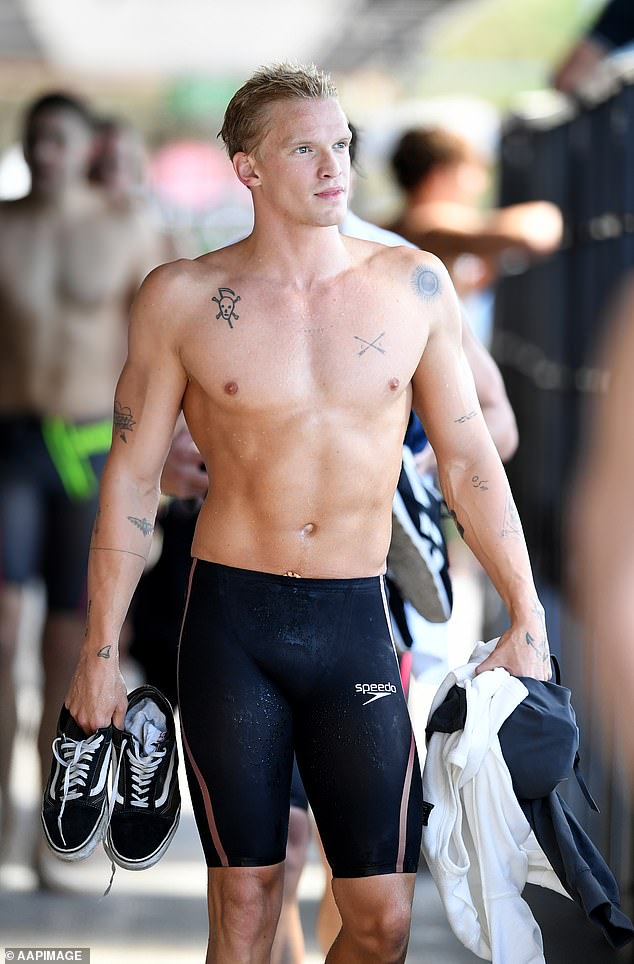 Compeition time! The 24-year-old competed in the 50m butterfly final, one day after placing fifth in his 50-metre heat 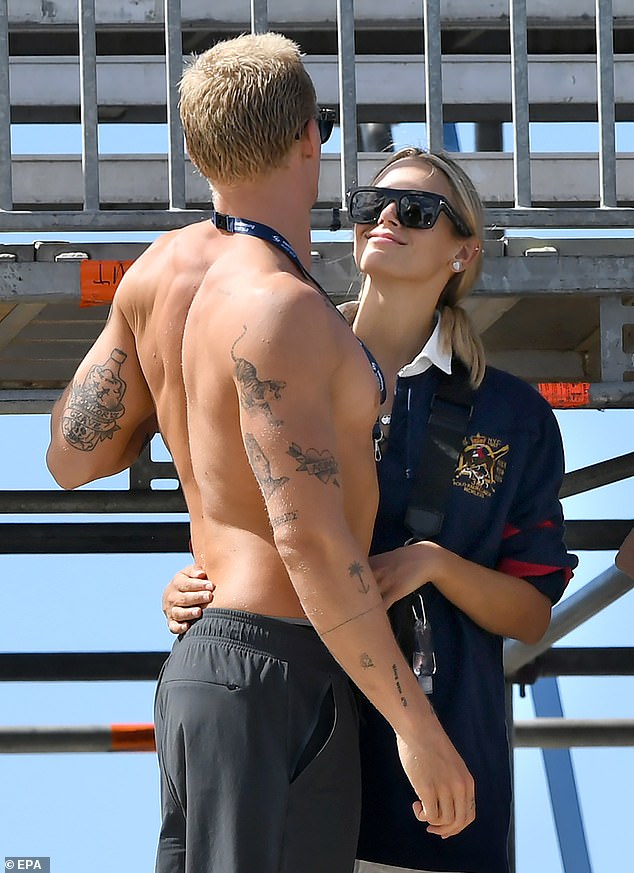 Proud girlfriend: After completing the race, Cody was all smiles as he embraced Marloes

‘I probably would have liked to have gone a little quicker, but it was the first race back in a long time and I’ve only just come out of quarantine,’ he said.

Cody continued: ‘Two weeks out of the water sets you back quite a while, but I had to get through the quarantine at some point.’

‘I just wanted to get up and at least do the 50m to dust myself off.’

On Friday, according to News.com.au, the star failed to show up to the competition, which is considered a forerunner to the Olympic trials in Adelaide in June. 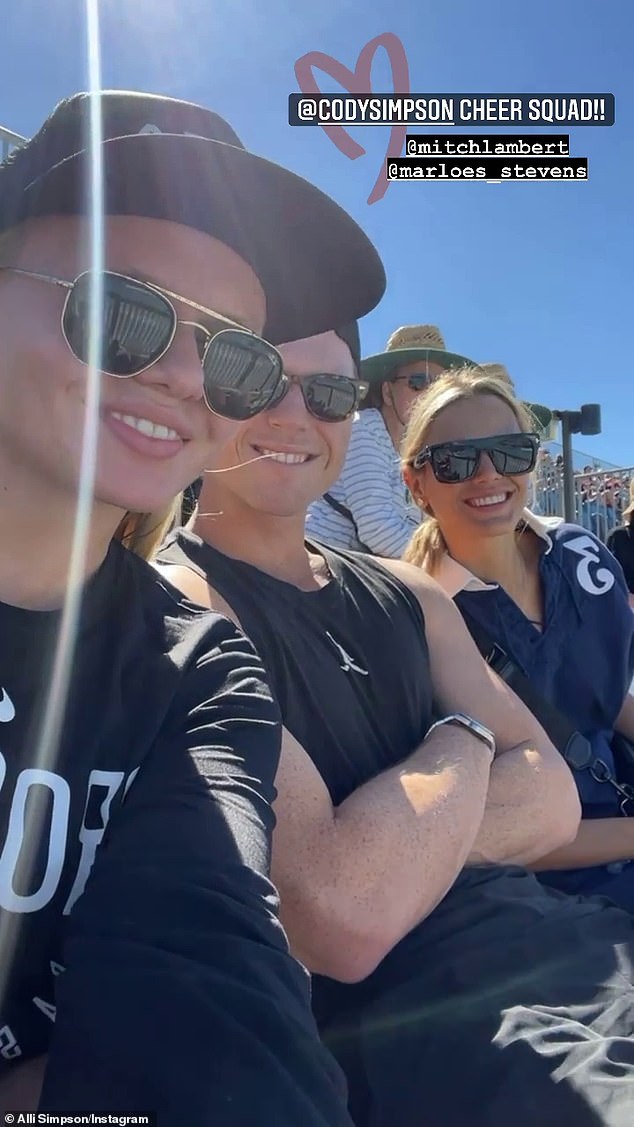 Cheer squad: Cody’s girlfriend Marloes, his sister Alli and her boyfriend Mitchell Lambert cheer him on

Despite being listed to swim in the 100m butterfly, the news site claimed he ‘chose not to compete in the second heat’.

Prior to flying into Gold Coast, Cody and his American girlfriend Marloes (who he has been dating since December 2020) completed mandatory 14-day quarantine in Howard Springs, Darwin. 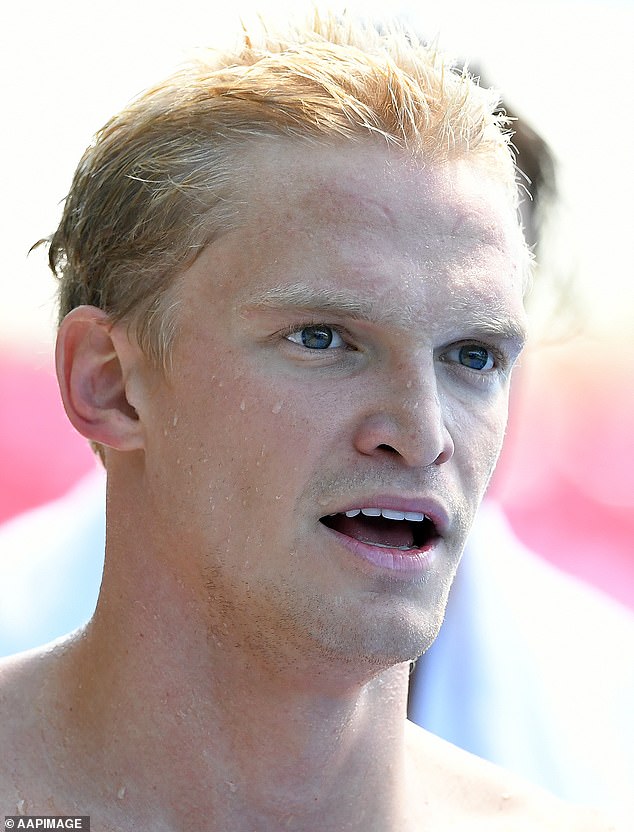 Challenge: It comes after Cody claimed his two weeks in quarantine could have contributed to a loss in his optimal pool performance 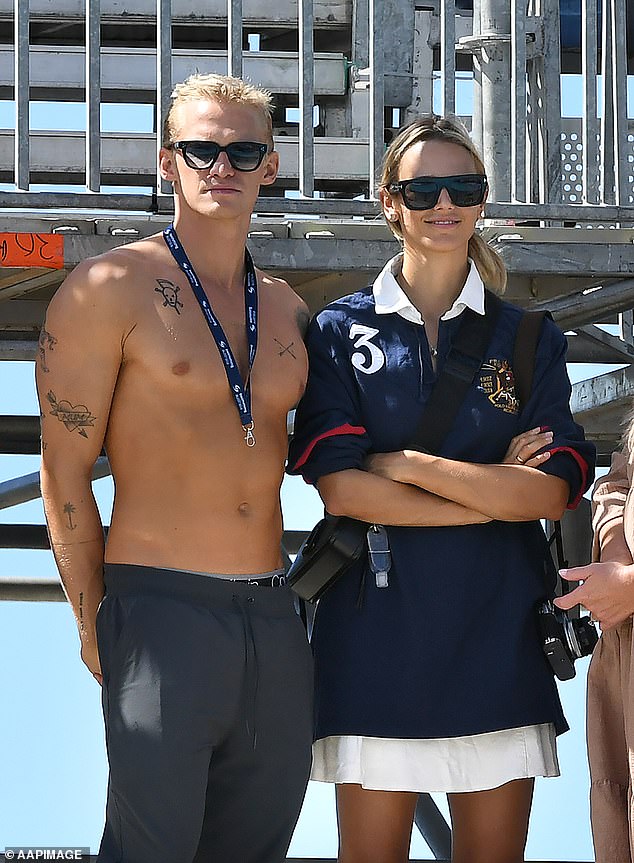 Back home: Prior to flying into Gold Coast, Cody and Marloes (who he has been dating since December 2020) completed mandatory 14-day quarantine in Howard Springs, Darwin