Coronavirus infections among American children make up 11 percent of all cases in the US, a new report finds.

As of October 22, 792,188 youngsters have been diagnosed with COVID-19, according to the American Academy of Pediatrics (AAP).

Only about 100,000 children had tested positive by the end of July, meaning nearly 90 percent of cases have occurred over the past three months.

The report also finds that more than 10 percent of all pediatric infections have been diagnosed within the last two weeks. 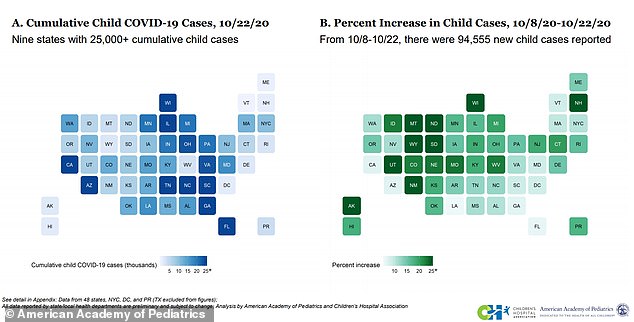 Over the last two weeks, 94,555 new child COVID-19 cases were reported, which is a 14% jump from the previous two weeks (above) 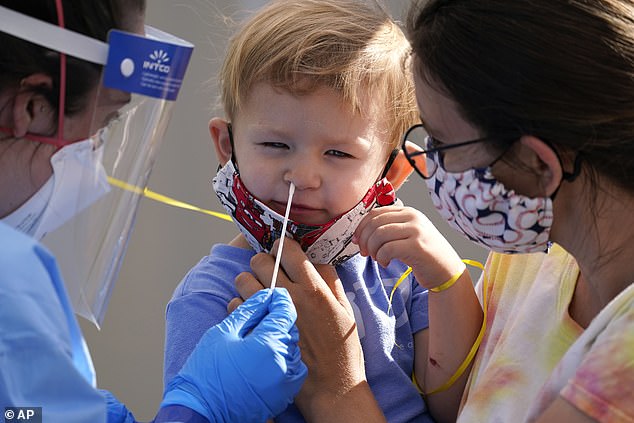 Up to 6.9% of all pediatric COVID-19 cases have resulted in hospitalization and up to 0.15% have died. Pictured: Penny Brown, age 2, is held by her mother Heather Brown as her nose is lightly swabbed during a test for COVID-19 in Seattle, Washington, August 28

According to the report, the overall rate of pediatric coronavirus cases is 1,053 infections per 100,000 children in the population.

An astonishingly high 94,555 new child COVID-19 cases were reported between October 8 and October 22.

Wyoming has the most with more than 25 percent of all the state’s cases among its youngest residents.

Meanwhile, just two places in US – New Jersey and New York City – have reported fewer than five percent of their cases are among kids. 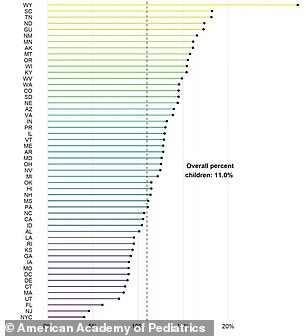 Currently, there are 11 states that report 15% or more of their cumulative cases are among children (above)

Since the pandemic began, children  have made up for between five percent and 16.9 percent of total state tests.

As of October 22, between 0.6 percent and 6.9 percent of all child COVID-19 cases resulted in hospitalization

Up to 0.15 percent of all children with the virus have died, and 16 states have reported no pediatric deaths.

‘At this time, it appears that severe illness due to COVID-19 is rare among children,’ the AAP report reads.

‘However, states should continue to provide detailed reports on COVID-19 cases, testing, hospitalizations, and mortality by age and race/ethnicity so that the effects of COVID-19 on children’s health can be documented and monitored.’

The group also suggests that children six months old or older get a flu shot before the end of October to avoid a possible ‘twindemic’ this upcoming winter. 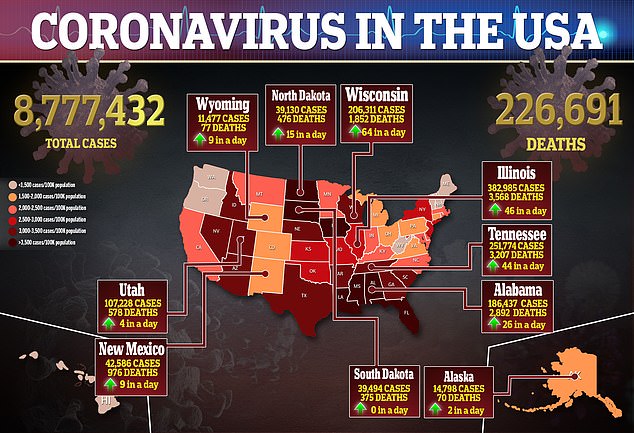 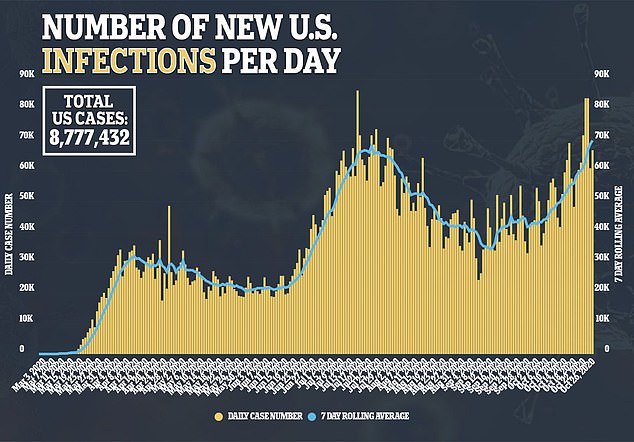 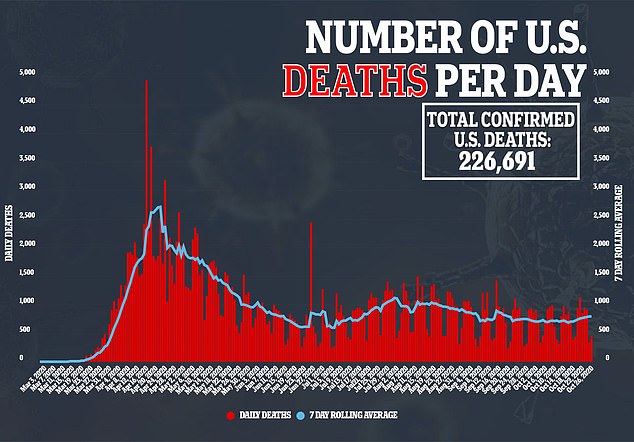 Over the summer, President Donald Trump constantly asserted that children are ‘essentially immune’ from COVID-19 during his calls for schools to reopen.

‘There may be a case, a tiny, a tiny fraction of death, tiny fraction, and they get better very quickly,’ Trump said during a press briefing at the White House in August.

‘I think for the most part, [kids] don’t get very sick, they don’t catch it very easily, and…they don’t transfer it to other people, or certainly not very easily.’

However, at least 1,000 children who have had COVID-19 or have been around someone with the virus have developed multisystem inflammatory syndrome in children (MIS-C), a condition in which different body parts become inflamed.

Additionally, a Centers for Disease Control and Prevention report of an overnight summer camp in Georgia seemed to indicate that children are susceptible to the coronavirus and can infect others.

Out of the 344 campers and staffers tested, 260 were diagnosed with the virus after spending less than a week together, primarily without wearing masks.