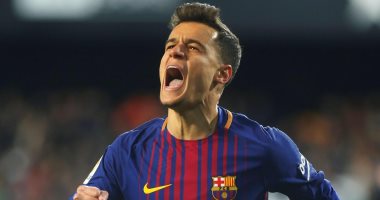 Philippe Coutinho, the Barcelona playmaker, is ready to participate in the Bayern Munich match in the first round of the group stage of the Champions League season 2021/2022..

The Spanish newspaper “Mundo Deportivo” said, Coutinho returned after an absence of 9 months due to an injury to the meniscus of the knee, during which time the Brazilian underwent 4 surgeries until he started his treatment program and was ready to play matches..

The newspaper added that the Bayern Munich match is a special challenge for a player like Coutinho, especially since the last confrontation between the two teams was wearing the Bavarian shirt loaned from Barcelona and contributed to the humiliating result of the Catalan club 8-2.

Coutinho scored two goals in the net, Marc-Andre ter Stegen, despite his participation as a substitute in the match that took place on August 14, 2020 in Portugal, and made another goal in a meeting that Barcelona will remember in the future..

And the newspaper added that Coutinho’s participation in the match is the decision of coach Ronald Koeman, who has not participated in any previous match so far this season, whether against Real Sociedad, Athletic Bilbao or Getafe, but he was called..

The newspaper concluded, however, that there is a great chance that Coutinho will appear with Barcelona in the match, with the absence of some players for injury, such as Osman Dembele, Ansu Fati and Martin Braithwaite..

Altcoins To Keep A Watch This Week, ZIL, ONE, KSM, Could Rally High 2021

Harvey Elliott reassures his followers of his condition after the injury: "I will do my best to rehabilitate"