A clever Australian shopper has wowed thousands online after revealing how she transformed the colour of her new Kmart couch from a dull grey to a deep emerald green.

Sharing images and a video to a popular Facebook group, Becc, from Queensland, said she purchased three metres of velvet fabric from Spotlight to staple over the existing fabric of the two-seater lounge.

‘Reupholstered the $199 two-seat sofa today – green velvet fabric was $12 a meter (only needed 3m) and just used a staple gun!’ she wrote. 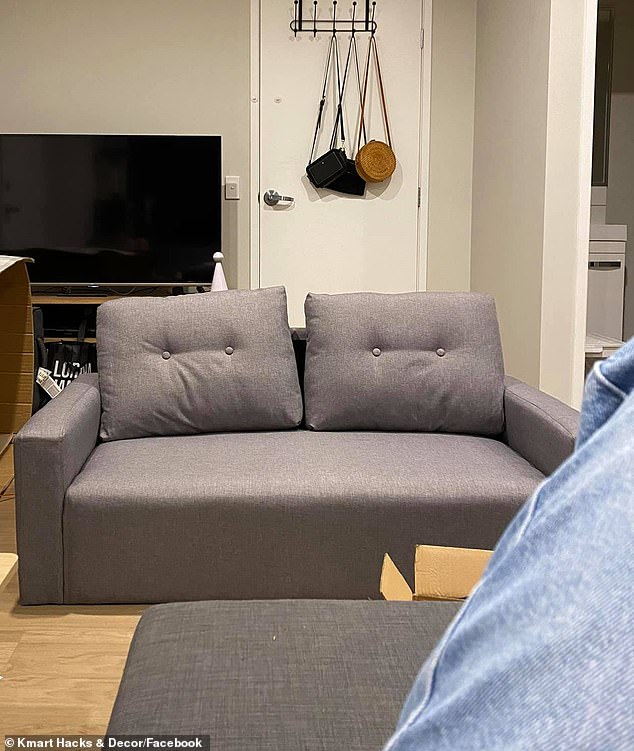 BEFORE: To change the colour of the couch, Becc, from Queensland, said she purchased three metres of velvet fabric from Spotlight to staple over the $199 two-seater lounge 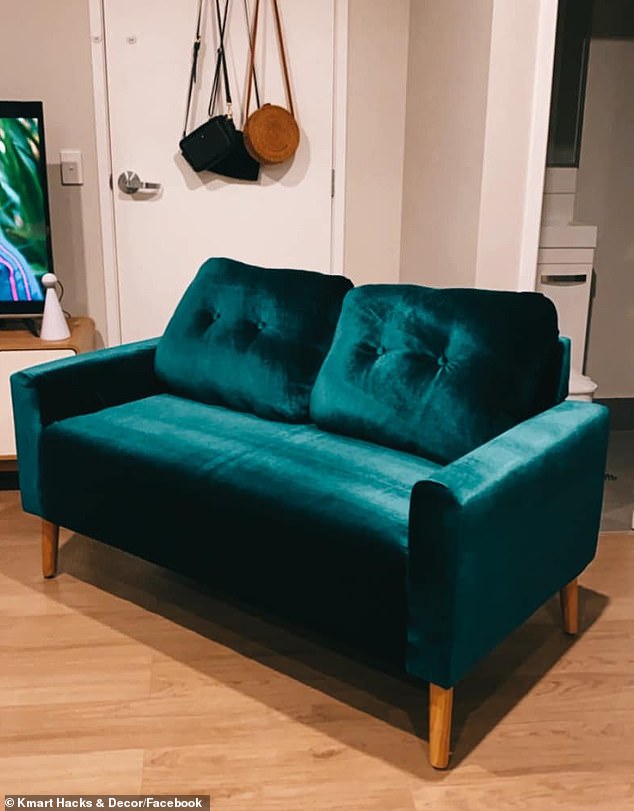 AFTER: The end result transformed the budge lounge into a chic, luxurious two-seater sofa that looks high-end

‘The back is not upholstered because it’s going to be up against a wall,’ Becc said in the video.

‘For the buttons, I upholstered the whole cushion then tied some cotton around [it] to pop the buttons out.’

Becc explained the excess fabric for the seated cushions was simply tucked tightly into the sides of the couch.

The end result transformed the budget lounge into a chic, luxurious two-seater sofa that looks high-end – some online also deemed it to be fake. 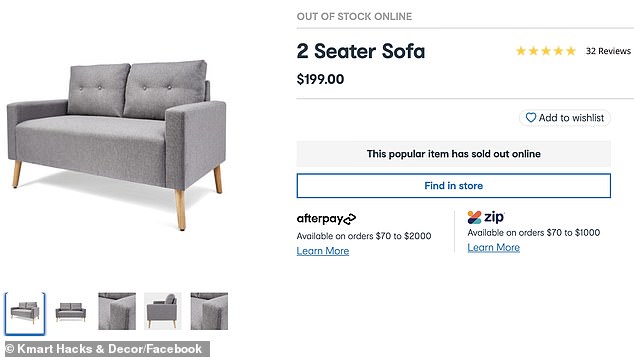 Becc admitted the budget Kmart lounge is quite hard to sit on, but she hopes it will soften over time

‘Phenomenal job. I absolutely love this, so clever and just beautiful,’ one person wrote.

‘I would never have even thought to give this a go. You have inspired me!’ another said.

A third added: ‘Okay I’m definitely not throwing my couches now and just reupholstering them after seeing this’.

‘I recently recovered my couch too, $80 for an amazing quality secondhand couch and 11 metres of fabric and it’s like new,’ another said.

Becc admitted the Kmart lounge is quite hard to sit on, but she hopes it will soften over time.

The product is only available in Kmart stores as it’s currently sold-out online.

Media reveal the identity of the dead person in Congressional protests

So: do you wanna hear a funny opinion? That Don Lemon doesn't do opinion.PBS "Firing Line,"...