A school of deadly jellyfish have been spotted lurking in the waters of a popular Sydney swimming spot during the school holidays.

Mr Lewin told Nine News he had never seen anything like it.

Regarded as the world’s most venomous marine animal, a sting from a box jellyfish can result in paralysis, cardiac arrest, and even death.

But some viewers who commented on the footage believed they were jimble jellyfish, which are more commonly found in Sydney Harbour than box jellyfish, but also produce painful stings. 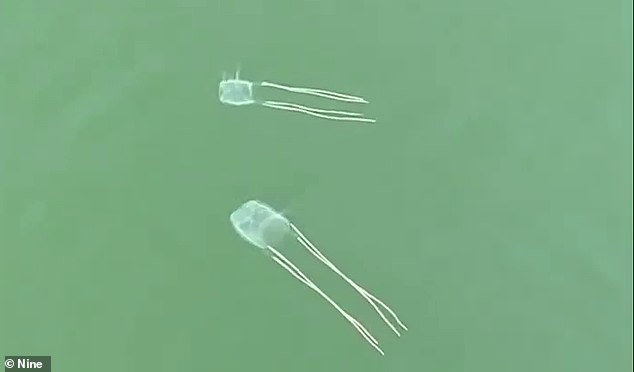 Tommy Johnson, 17, was swimming with family at Patterson’s Point on Cape York in late February when he was stung by a box jellyfish.

He was airlifted to Townsville Hospital in critical condition where he died surrounded by friends and family three days later.

Tommy’s death came 14 years after the last box jellyfish death in Australia at nearby Umagico Beach when a seven-year-old girl was fatally stung.

Only 80 deaths caused by box jellyfish have been recorded in Australian waters since the 1880s.

Tommy’s death prompted local council and health authorities to issue a warning to locals and tourists to stay out of the water during the stinger season – which runs from October to May.

Lisa Schroder survived a box jellyfish sting on the top half of her right leg while paddle boarding with her husband and children at Pallarenda Beach in Townsville, far north Queensland on Sunday. 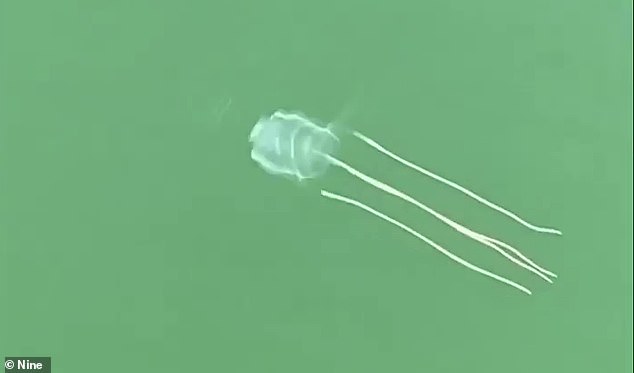 She said the pain was as so ‘excruciating’ that she wanted to vomit after the venomous tentacles wrapped around her.

‘We doused the stings in the vinegar… by this stage I was crying and shaking,’ she told the Townsville Bulletin.

She also sustained injuries to her hand while removing the tentacles.

‘I could hardly think (or) talk and was crying out in pain,’ Mrs Schroder said.

She was rushed to hospital but expected to make a full recovery.

Box jellyfish are cube shaped with tentacles that can grow to three metres.  A sting from one can kill a swimmer before they reach the shore.

They can also swim without having to rely on currents, unlike other jellyfish, and have clusters of eyes on each side. 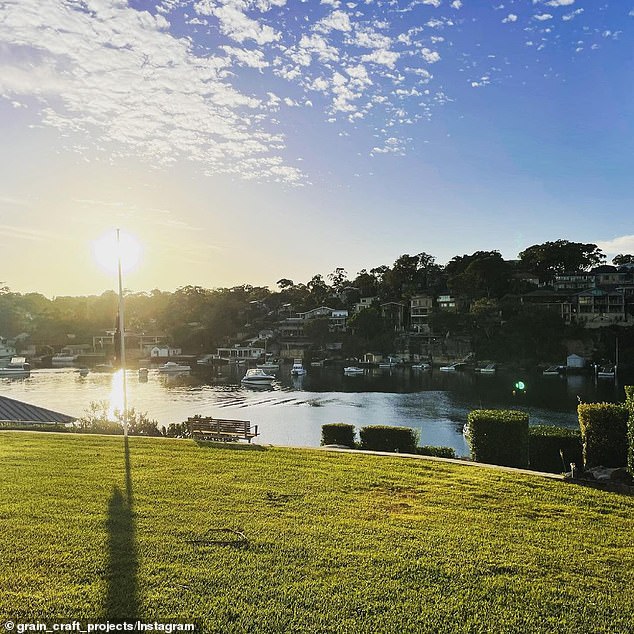 ‘If you don’t have a protective suit and you know there could be stingers or jellyfish in the water, just don’t go in,’ Torres and Cape Hospital and Health Service Northern Director of Medical Services Dr Marlow Coates said.

‘The recent incident at Bamaga is a timely warning to take precautions when swimming in the sea in any northern waters.

‘It’s also important that people are familiar with resuscitation methods – early resuscitation after major stings from box jellies has saved lives in the past few years.’ 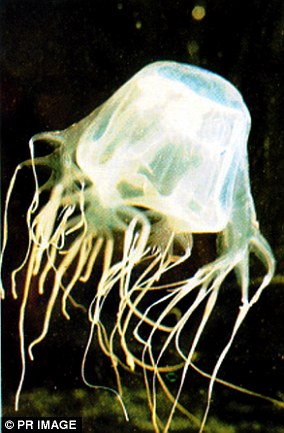 Deliveroo says its orders more than doubled in the first quarter.