Johnny Cash’s first wife had a black great-great grandmother who was a slave, it has emerged – shocking the Cash family, and providing a dramatic posthumous twist to her remarkable story.

Vivian Liberto died in 2005 at the age of 71, believing she was of mixed Italian and German ancestry.

The daughter of a father of Sicilian heritage and a mother of German and Irish descent, she was married to Cash from 1954-66.

In 1965, when Cash was arrested on drug offenses, Liberto appeared in court in El Paso to support him and a photograph seemed to show her as black – enraging white supremacists at the time. 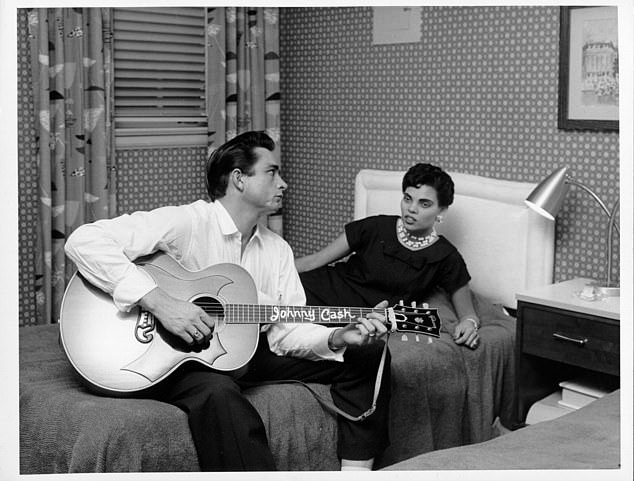 Mixed-race marriages were illegal until 1967, and it would be considered anathema, particularly in the South, for years to come.

Cash and Liberto sued newspapers who referred to her as black, and produced evidence of her white upbringing and education.

Yet modern techniques have finally confirmed that Liberto had an African American ancestor, her great-great grandmother who was born a slave.

In a February episode of the PBS show, Finding Your Roots, host and historian Henry Louis Gates Jr. presented Rosanne Cash with her DNA results and family genealogy.

Rosanne Cash, 65, the eldest of four daughters born to Johnny and Vivian, was left shocked by the results.

Gates told her that Vivian’s maternal great-great grandmother was an enslaved black woman, Sarah Shields, whose white father in 1848 had granted her and her eight siblings their freedom, and their ‘whiteness’.

Shields illegally married a white man, and all of her children and their descendants were listed as white.

‘That’s likely why to this day, many of her direct descendants have no idea that they have any African American ancestry,’ Gates said. 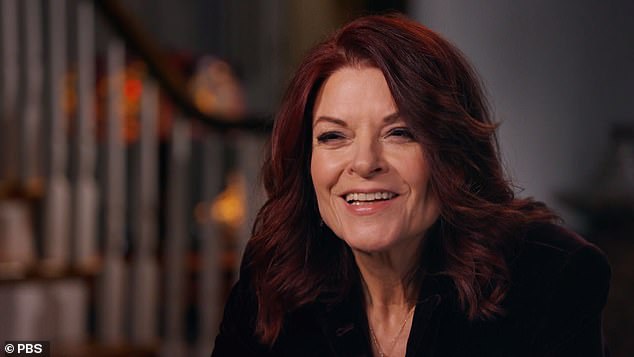 Rosanne Cash, daughter of Johnny Cash and Vivian Liberto, was told in February of her origins 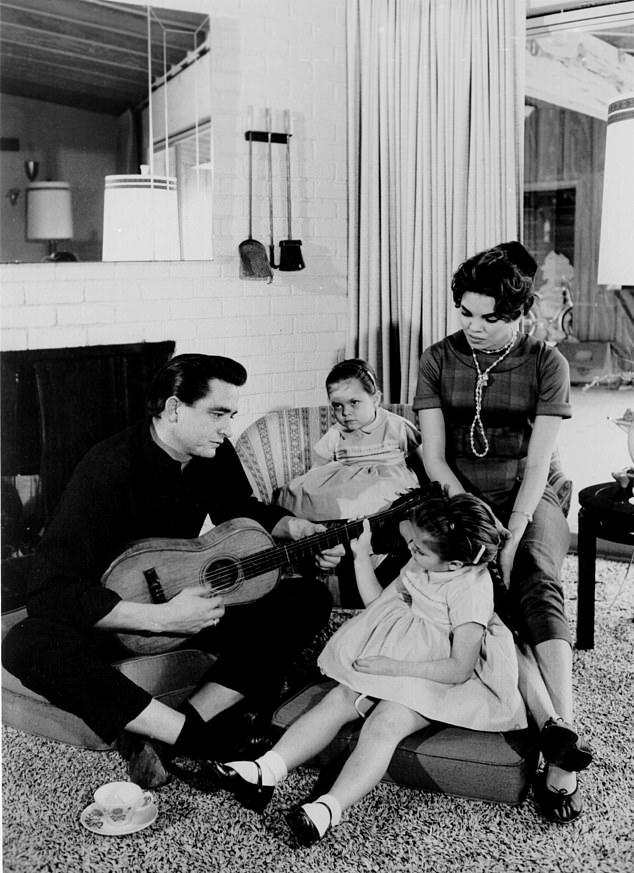 Cash and Liberto are pictured with their two eldest daughters, Rosanne and Kathy, in 1957 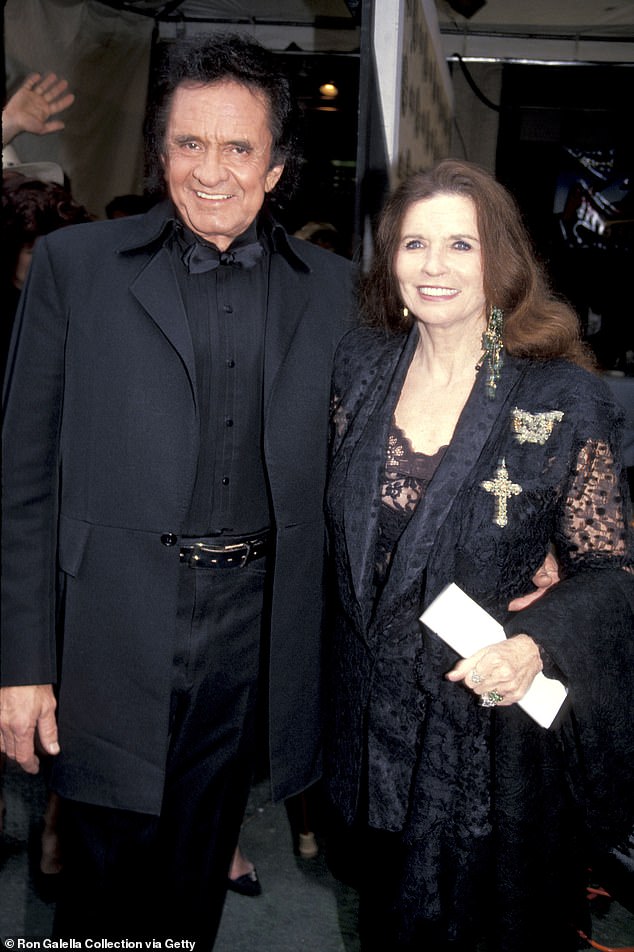 Johnny Cash and his second wife, June Carter, at the Country Music Awards in 1991

Gates asked Rosanne how it felt to learn that her mother’s ancestors had been enslaved, causing her to cry.

‘It feels heartbreaking,’ she said.

Johnny Cash and Vivian Liberto met in the summer of 1951 at a roller rink in San Antonio, where she had been raised in a strict Catholic family.

Her father Thomas Liberto, owner of an insurance agency and an amateur musician, was from Sicily and her mother, Irene Robinson Liberto, a homemaker, was of Irish-German descent. She was unaware of her ancestor’s story.

Cash, who came from a struggling Arkansas farm family, was in his Air Force uniform, The Washington Post reported.

According to accounts from the time, Cash’s friends dared him to talk to her and he possibly bumped into her on the rink to get the conversation going. 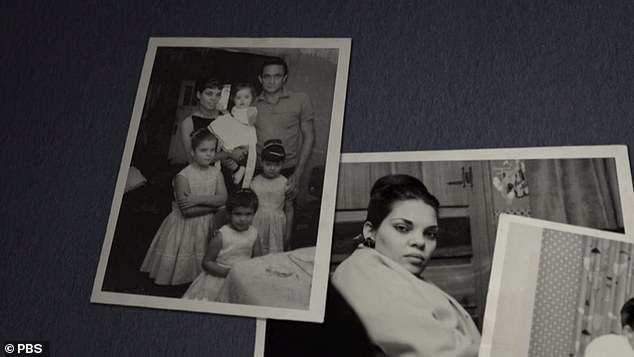 Cash left for Germany a few weeks later and the pair wrote to each other frequently – sometimes more than once a day.

By 1954 the pair were married, tying the knot at St. Ann’s Roman Catholic Church in San Antonio, one month after his discharge from the Air Force.

Liberto would later publish some of the letters in her memoir I Walked the Line: My Life with Johnny Cash, named for the 1956 song her husband wrote about their marriage.

At first the marriage was happy, but as Cash’s career blossomed he sunk further into drugs, and began an affair with June Carter.

Liberto traveled to El Paso in 1965 for Cash’s arraignment, and sparked the furor over her race.

As the photo of Cash and Liberto was published, white supremacists began attacking the pair.

The paper warned: ‘Money from the sale of (Cash’s) records goes to scum like Johnny Cash to keep them supplied with dope and negro women.’

The organization, which was connected to the Ku Klux Klan, then launched a boycott of Cash’s music, that lasted over a year.

The white supremacist media campaign against Cash devastated Liberto, and led to the end of their marriage. 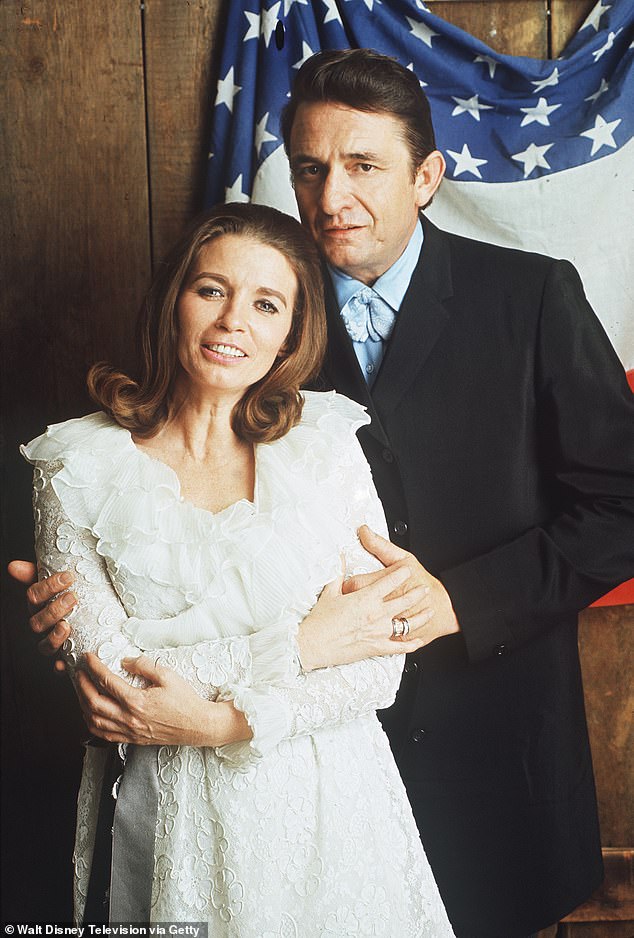 Johnny Cash and his second wife June Carter, who he married in 1968

‘The stress was almost unbearable. I wanted to die,’ she wrote in her memoir, The Post reported.

‘And it didn’t help that Johnny issued a statement to the KKK informing them I wasn’t black.’

She did not think the campaign should have been dignified with a response.

In the 2020 documentary ‘My Darling Vivian’ about Cash and his first wife, their daughters told of the trauma.

‘She was scared to death that the KKK was coming for her and that Dad would be on the road,’ Kathy Cash said in the documentary.

‘She had no idea what to do. Everyone knew where we lived.’

Liberto would keep vigil at night, smoking cigarettes and drinking coffee with a gun by her side.

After her former husband died at 71 in 2003, just a few months after June Carter, Liberto told her daughters: ‘Even though I didn’t see him or talk to him very often, just knowing he was on the planet was enough.

BBBY, Trivago, and Lumen: Here are the next targets for WSB investors

Laurel Hubbard made history Sunday when she became the first transgender athlete to make an Olympic...