Stocks jumped to record highs at the start of the final week of 2020 after President Donald Trump unexpectedly signed a $900 billion COVID-19 economic aid package.

Trump signed the measure on Sunday, averting a government shutdown and extending unemployment benefits to millions of Americans, despite expressing frustration that $600 payments to the public weren’t bigger.

His signature helped to clear away uncertainty as reinstated travel and business curbs threaten to weigh on global economic activity.

Companies that were hit the hardest by the pandemic such as restaurants, airlines and the cruise industry saw some of the biggest gains in early trading. American Airlines was up 4 percent, Norwegian Cruise Lines was up 2.7 percent and Carnival was up more than 2 percent.

Investors expect that the additional stimulus spending will boost the economy and help small businesses despite local coronavirus restrictions. 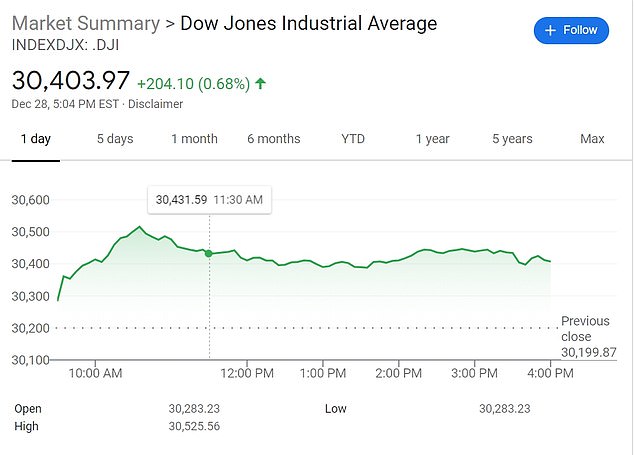 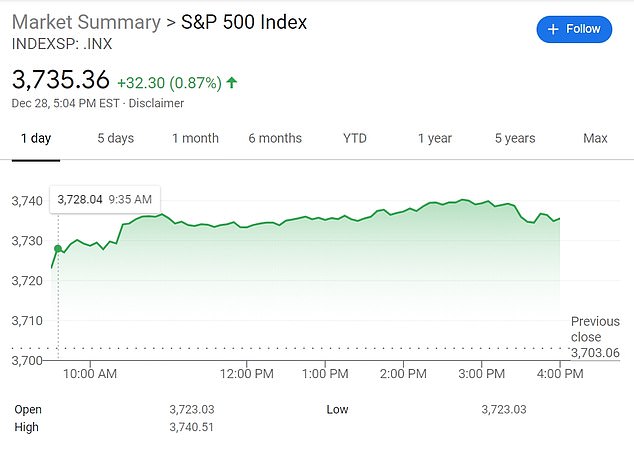 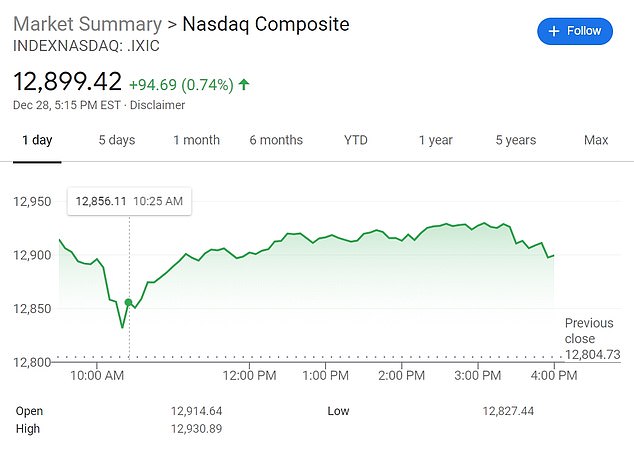 ‘All the bluster neither significantly changed to outlook for stocks, as markets still expected (and ultimately received) stimulus of a minimum of $900 billion to pass,’ Tom Essaye, founder of The Sevens Report, said to CNBC.

He said that in the long run the trajectory for stocks with the bill is positive.

‘The five pillars of the rally (Federal stimulus, FOMC stimulus, vaccine rollout, divided government and no double dip-recession) re-main largely in place, and until that changes, the medium and longer-term outlook for stocks will be positive,’ he explained.

The virus relief bill includes a slew of measures meant to support Americans and businesses struggling amid the pandemic, which has already infected more than 19million people in the US and killed more than 333,000.

Among the companies to see stock rises include Apple, which rose 3.2 percent,  Goldman Sachs and Disney both rising more than 2 percent. 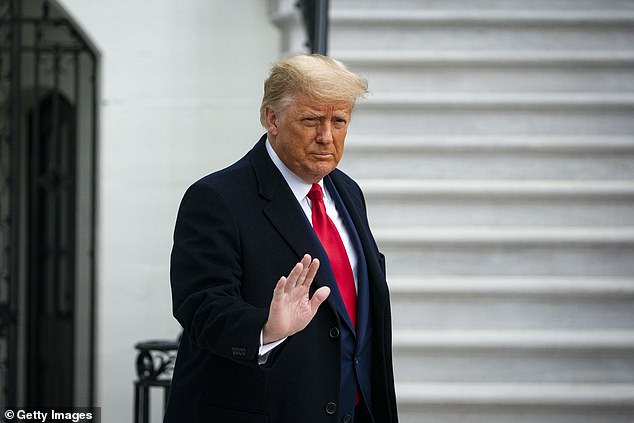 Trump signed the virus relief bill on Sunday, averting a government shutdown and extending unemployment benefits to millions of Americans, despite expressing frustration that $600 payments to the public weren’t bigger 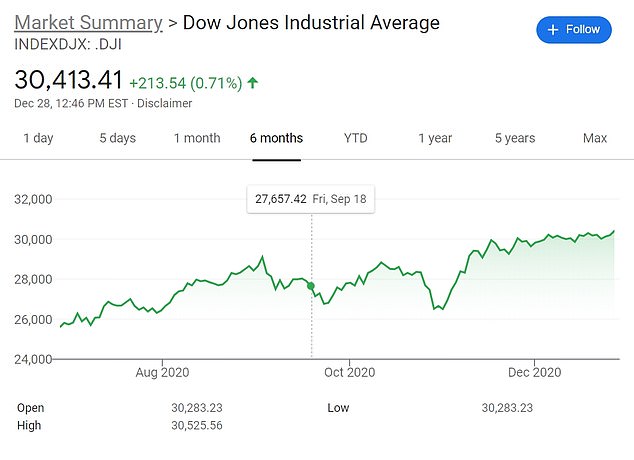 A view of the Dow Jones Industrial Average over the past six months, showing how it steadily climbed from November into December 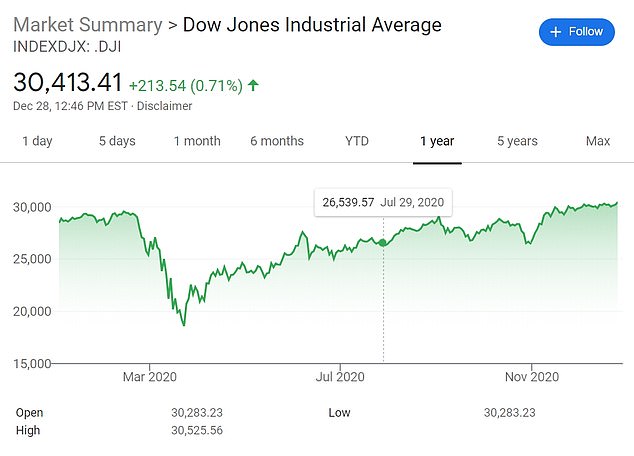 A view of the Dow Jones Industrial Average over the past year, showing how it plunged in March when the coronavirus crisis began and recovered

Experts predict that the market may see some movement in the final week of the year, which has seen some surprisingly strong returns.

In the last month investors have also been encouraged by the development of the COVID-19 vaccines, but that was slowed by the emergence of a more contagious variant of the virus in Europe.

On Monday South Korea reported its first cases of the new variant virus in three people who arrived from Britain. Japan also reported cases and re-imposed limits on entry into the country by non-resident foreigners.

Year to date the S&P 500 has gained 15.4 percent, the Dow 6.4 percent and the Nasdaq 43.2 percent as investors flocked towards technology companies due to the COVID-19 pandemic. 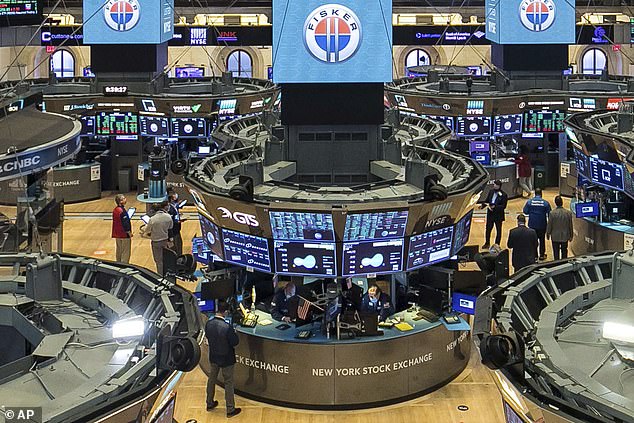 European indexes were broadly higher on Monday, helped by more details about the European Union – United Kingdom trade deal as part of the U.K.’s exit from the trade bloc.

The Hang Seng in Hong Kong declined 0.3 percent to 26,314.63 after e-commerce giant Alibaba Group announced it was expanding a share buyback from $6 billion to $10 billion.

In energy markets, benchmark U.S. crude rose 21 cents to $48.44 per barrel in electronic trading on the New York Mercantile Exchange.

Why tidying your kitchen will help you polish off the pounds!

SANA: Turkey and the allied factions target towns in the countryside of Raqqa and Hasaka, northern Syria