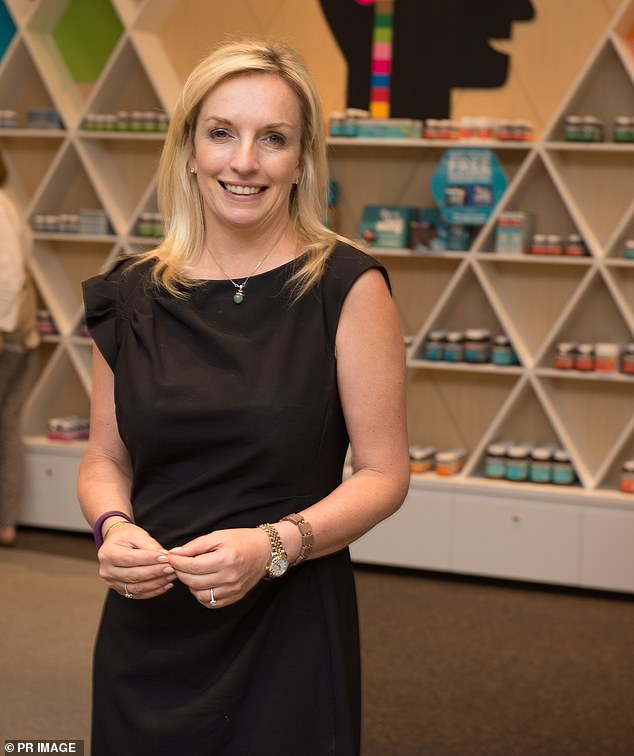 Former Australia Post boss Christine Holgate’s lavish spending has been revealed in startling credit cards records, including a $9,000 carol service in her office.

Records show that cards held by the CEO and her office were used to buy $200,000 on a chauffeur service and treated her staff to $1,500 worth of ice cream when the pandemic began.

The former Australian Post boss used her office credit cards to spend $200,000 on a chauffeur service and treated her staff to approximately $1,500 worth of ice cream

According to the Herald Sun, Ms Holgate and her office used cards to buy a $2,095 Montblanc pen for John Stanhope a retiring chairman.

To inject some Christmas spirit, they also spent $9,900 on a Christmas caroller service to perform in the office foyer, as well as a $3,032 meeting room at luxury hotel QT Melbourne.

They also paid for two leadership conferences at The Glasshouse, a venue where Ms Holgate is a club director, which totalled to $42,846.

Australian Post spent a further $208,267 for a car service so that Ms Holgate could travel privately from work to home.

This allowed her to travel ‘safely and securely’, the company said.

A spokesman for Ms Holgate has since said that her expenses and salary were ‘significantly less than her predecessor.’

In a year, Ms Holgate would earn up to $2.5million.

However, after Prime Minister Scott Morrison was ‘appalled’ by Ms Holgate’s $19,950 purchase of Cartier watches for her staff, she stepped down from her role.

Ms Holgate and her team spent $720 worth on Louis Vuitton (pictured), rewarded an overtime worker with a $590 Montblanc gift and spent $1,780 on a lavish gift for leaving executive

As a result of her spending, a government-ordered review has since questioned her purchases.

The review was concerned that her other purchases ‘may be inconsistent with public expectations and Australia Post policies’.

Ms Holgate’s spokesman has said that purchases made to all credit cards were checked in a yearly audit and expenditures made on the office card were ‘signed off by the (chief financial officer).’

The team also spent $1,500 for an executive diner and another meal worth $1,518 at the Japanese restaurant, Kisume (pictured)

Communications Minister Paul Fletcher has instructed Australia Post to make sure their protocols ‘comply with its (the company’s) legislative obligations and reflect public expectations.’

Credit card records also showed that Ms Holgate approved $720 worth of Louis Vuitton, rewarded an overtime worker a $590 Montblanc gift and spent $1,780 on a lavish gift for leaving executive.

She also said $1,870 worth of AFL Grand Final tickets from Collingwood where bought for government and business customers.

Ms Holgate’s spokesman told the Herald Sun that rewarding staff for their efforts and service was a ‘standard practice’ and a ‘staple of commercial management.’

For an ‘executive dinner after development day’ Ms Holgate had a $1,500 meal at the Japanese restaurant, Kisume.

Another meal was spent at the restaurant amounting to $1,518.

In response, Australia Post ‘has already implemented interim measures and is updating, where required, internal policies and procedures,’ according to a spokesman.