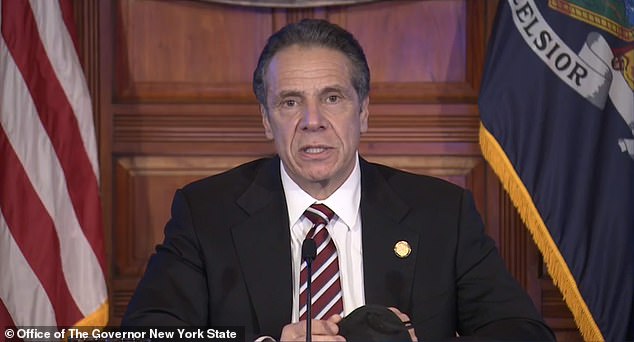 Gov Andrew Cuomo on Monday announced that the first case of the ‘mutant strain’ of COVID-19, which originated in the UK, has been found in a New York man.

Cuomo said the man, who is in his 60s, was diagnosed with the new strain despite having no travel history.

‘The Wadsworth Lab has confirmed New York State’s first case of the UK variant (B.1.1.7) of the virus that causes COVID,’ Cuomo said.

Cuomo said the man is from Saratoga County, New York.

The strain, B.1.1.7, is feared to be 70 per cent more transmissible and to spread more easily among children.

It is not believed it leads to more severe cases, and higher mortality rates have not been reported.

Gov Andrew Cuomo (pictured) on Monday announced that the first case of the ‘mutant strain’ of COVID-19, which originated in the UK, has been found in a New York man 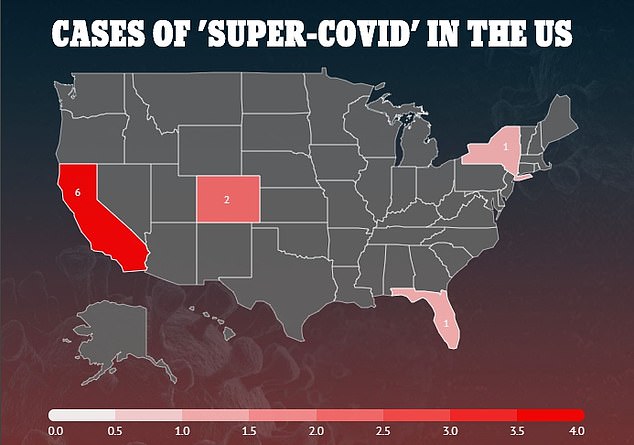 ‘Super-COVID’ was first reported in Colorado last week. It was then confirmed in California, which now has six cases, and Florida before being found in New York (all depicted) 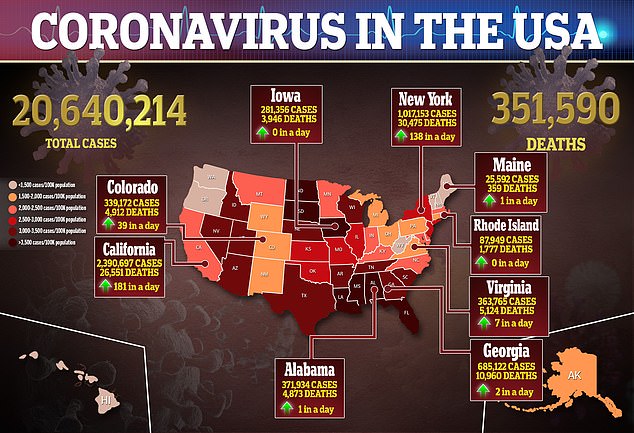 Cuomo said the man, who is in his 60s, was diagnosed with the new strain despite having no travel history. More than 20.6 million cases of the virus have been reported in the US 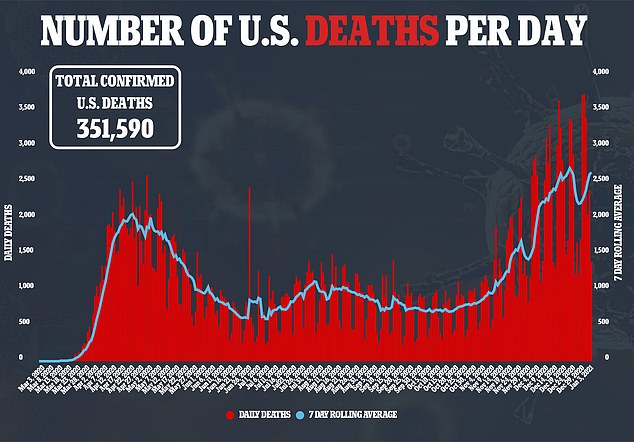 As of Monday afternoon, the US is reporting a total of 351,590 deaths

According to local reports, the man works at a jewelry store in Saratoga County.

Three other people who work at the store have also tested positive for COVID-19. As of Monday afternoon, it is unclear if they have the UK strain too.

Local officials are urging people who visited N Fox Jewelers in Saratoga Springs between December 18 to December 24 to get tested for the virus.

‘We’re going through the employees of the jewelry store. As it was a retail establishment, we want the cooperation of the public,’ Cuomo said.

Cuomo said the man ‘appears to be on the mend’.

The first case of the strain in the US was confirmed last week in a nursing home located in a remote Colorado town.

Colorado’s governor, Jared Polis, confirmed on December 29 that the new virus had been identified in his state, in Elbert County.

On Saturday it was revealed that the first confirmed infection was of a National Guard member in his 20s, who had been assigned to work at the Good Samaritan Society nursing home in Simla, to help with their outbreak. 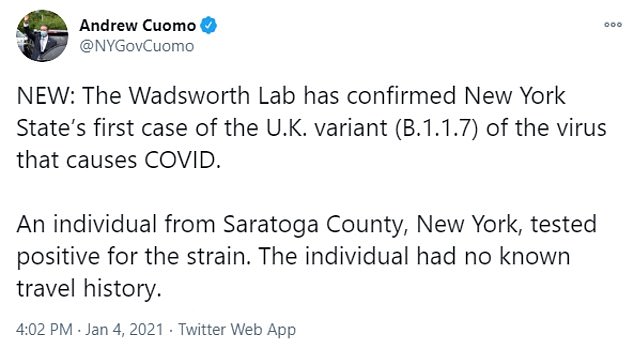 The strain was then found in California and Florida, and it has now made its way to New York, which has reported 11,209 new cases of the coronaivrus.

New York’s hospitalizations are at 8,251 and the state added an additional 170 fatalities.

Data suggests that the variant may have already been present in the US at undetectable levels in recent months, since perhaps as long ago as October.

‘It wouldn’t be at all surprising if at least some of the cases were B117,’ said Eric Topol, head of Scripps Research Translational Institute in La Jolla, California.

Topol’s team on Wednesday confirmed that at least one coronavirus infection in California was caused by the mutant strain.

‘It has probably been here for a while at low levels – but you don’t see it until you look for it.’

Florida became the third state in the US to confirm a case of the mutant strain of COVID-19.

The Florida Department of Health confirmed the diagnosis on Thursday night. Officials said the man is in his 20s, lives in Martin County and has no history of travel. 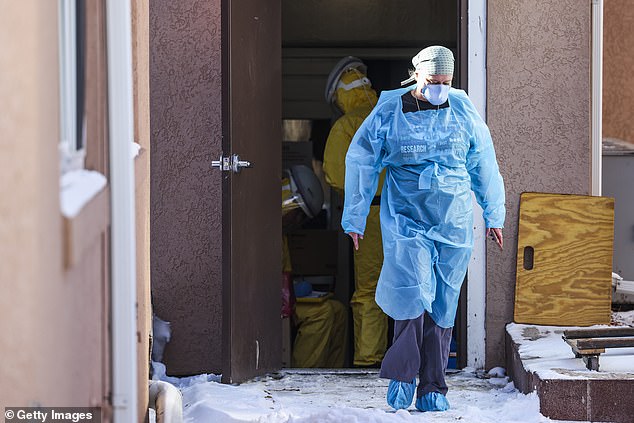 The strain has caused England to be plunged into another national lockdown until at least February.