A first time mum has been diagnosed with breast cancer eight days before giving birth after believing she just had a blocked milk duct.

Brega van Vugt, from Melbourne, went to the doctor at 33-weeks pregnant after noticing a small lump on her breast.

After a smooth pregnancy she presumed it was nothing sinister but decided to get checked when it failed to go away.

But on March 3, while 39-weeks pregnant, the 33-year-old was dealt the shocking news the seemingly innocuous lump was a 4cm tumour. 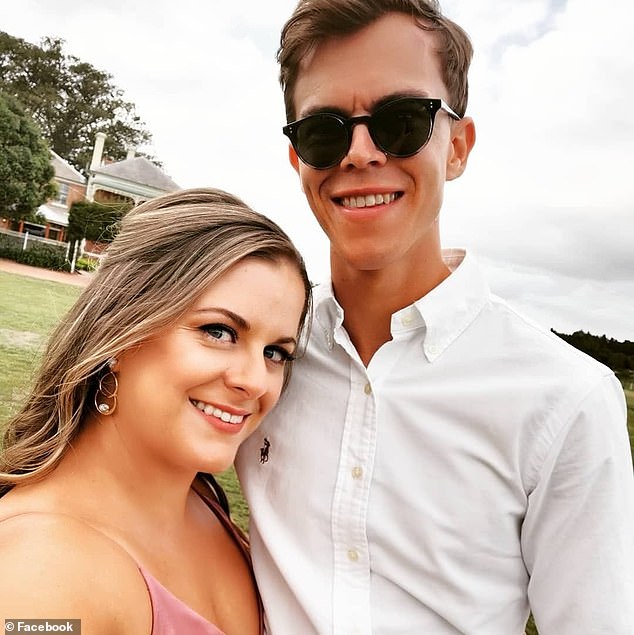 She was diagnosed with hormone receptive-positive breast cancer – a type of cancer that is powered by oestrogen.

‘I’ve never been in hospital in my life before. I’ve never had any health issues. I’m young and I don’t have a family history,’ Ms van Vugt told 7News.

‘Then they just dropped the bomb that it was breast cancer … I was inconsolable.

‘I felt so well but to be told that you’re gravely ill is just so hard to fathom and so hard to accept.’

On March 11 Ms van Vugt and her partner Angus Hume welcomed their little girl, Etta Hope, into the world.

Twenty days later, the mother-of-one started chemotherapy and was placed on monthly hormonal therapy treatment, which will continue for five years and spark early menopause, to stop her hormones from fueling the cancer.

She has undergone four out of 18 rounds of chemotherapy and will later require surgery, with doctors yet to decide whether she will need a lumpectomy or mastectomy.

Ms van Vugt said she had a ‘dream’ pregnancy and could never have imagined she was secretly battling ill health. 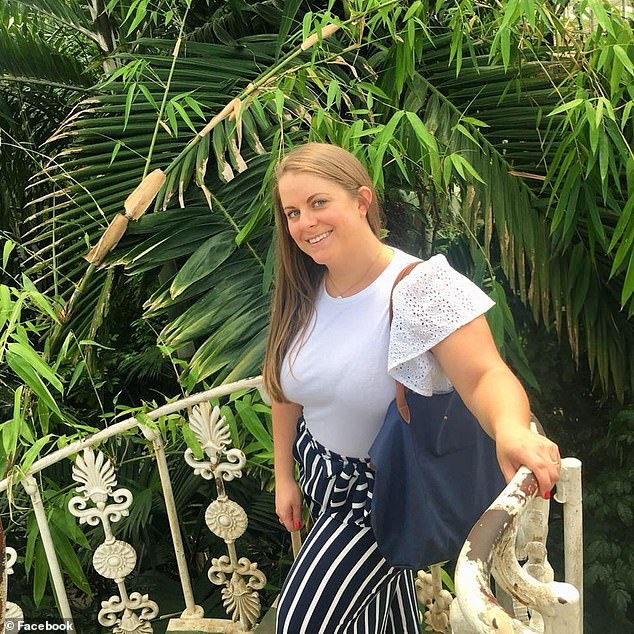 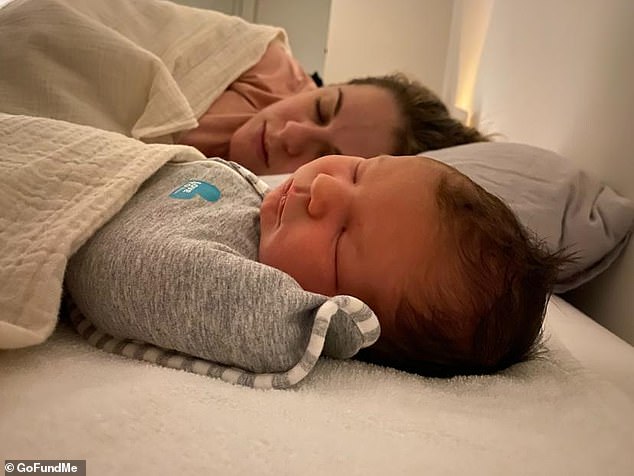 While most new mothers get to enjoy the excitement of doting over their newborn, Ms van Vugt has been in hospital each week, bringing Etta along with her, as she gears up for the fight of her life.

The unexpected illness is the source of much guilt for Ms van Vugt, who feels her little girl’s first year of life should not be overshadowed by her sickness.

Fortunately, Ms van Vugt said she has been blessed with an ‘absolute angel’ and a ‘great sleeper, softening the hardship of adjusting to life with a newborn and undergoing gruelling cancer treatment.

Friend Scott Tierney has launched a GoFundMe page to help support the young family financially with the cost of therapy, which has so far raised more than $22,000.

Mr Tierney is also taking part in a 240km bike ride on Sunday from Torquay, south west of Melbourne, to Skenes then back, to raise funds for the cause.

Ms van Vugt, whose cancer was detected early, is urging others to be in touch with their bodies so they can immediately get checked should they notice a change.

She said early detection is the ‘best weapon’ and everyone’s health is in their ‘own hands’. 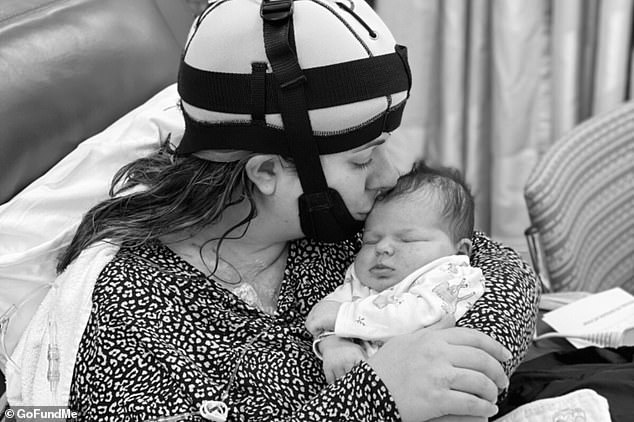 What is hormone receptor-positive breast cancer?

Hormone receptor-positive (or hormone-positive) breast cancer cells have either estrogen (ER) or progesterone (PR) receptors or both.

These breast cancers can be treated with hormone therapy drugs that lower estrogen levels or block estrogen receptors.

Women with hormone receptor-positive cancers tend to have a better outlook in the short-term, but these cancers can sometimes come back many years after treatment.

The most common symptom of breast cancer is a new lump or mass.  A painless, hard mass that has irregular edges is more likely to be cancer, but breast cancers can be tender, soft, or round. They can even be painful.

Other possible symptoms of breast cancer include:

Although any of these symptoms can be caused by things other than breast cancer, if you have them, they should be reported to a health care professional so the cause can be found.

Driver, 69, dies after being run over by his own car as he tried to stop it rolling downhill