Four gardeners are blasted by lightning in India


Four gardeners are blasted by lightning, one of them fatally, as they huddled under a tree during a storm in India

Four gardeners were blasted by lightning and one of them killed as they huddled under a tree during a storm in India.

Their misfortune was captured on CCTV footage which showed a bright flash as the bolt struck from the sky and knocked three of the men down instantly.

The fourth crumpled to the ground moments later, prompting a medical emergency as all four men were hurried to a nearby hospital in Manesar.

One of them, identified as 38-year-old gardener Ramprasad, died later the same day while the other three are thought to be in stable condition. 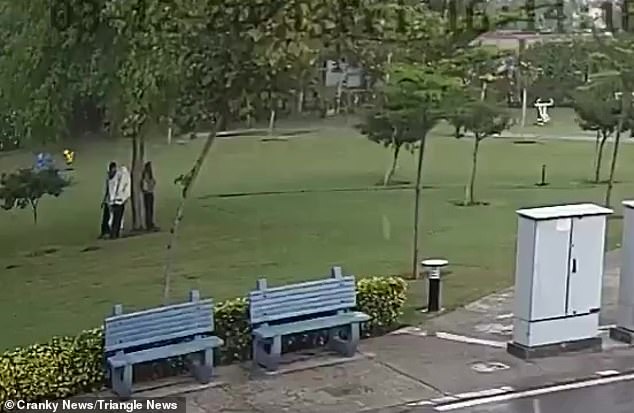 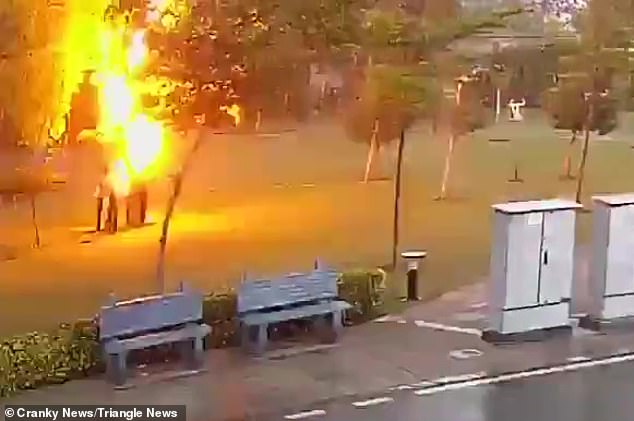 There was a bright flash as the lightning bolt blasted the four men, in a tragic misfortune which would leave all of them in hospital and one dead

The three survivors were named as gardeners Shivdutt and Lali and their supervisor Anil, with whom they had taken shelter by the side of the road.

Rain and thunder had been in the air as the storm broke out near the Vatika Signature Villas complex in the city of Gurugram.

‘The victims stood under a tree [when] suddenly the lightning struck the tree and all four men collapsed immediately, being critically injured,’ a police spokesman said.

‘They were rushed to a private hospital in Manesar where Ramprasad passed away during his treatment,’ they told local media.

The other three were said to be stable and undergoing treatment at the hospital. 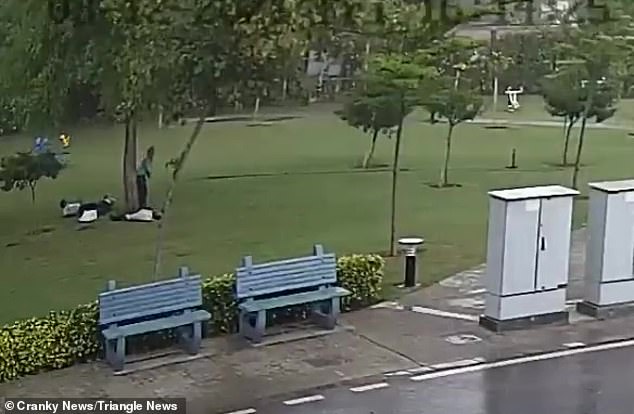 Three of the men were knocked to the ground instantly, while one momentarily remained standing before he too crumpled over 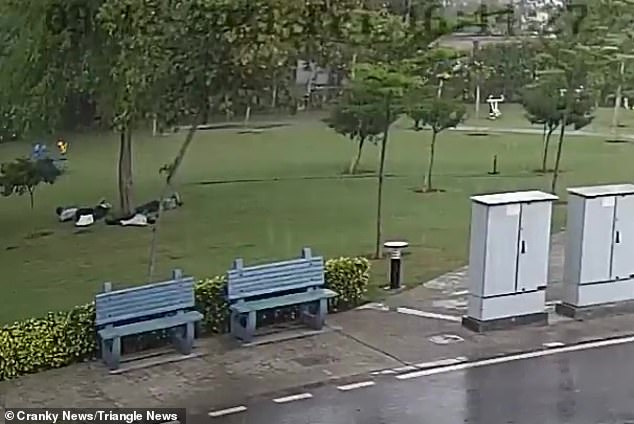 All four men were eventually knocked down and one subsequently died in hospital, although the other three were said to be ‘stable’ and receiving treatment