The saga over custody of a star Instagram cavoodle has taken a fresh turn with one of the friends taking an AVO out against the other.

Prized pooch Oscar is at the centre of a dispute between his registered owner Mark Gillespie and Sydney barrister Gina Edwards, who often minded Oscar for extended periods while Gillespie was away for work.

The dog-fight over Oscar’s ownership was played out on national television last week when A Current Affair captured Mr Gillespie snatching him from a Sydney park during an encounter while Ms Edwards was walking the dog.

On Tuesday Ms Edwards applied for an AVO against Mr Edwards in Manly Local Court. Mr Gillespie attended while Ms Edwards and her husband Ken Flavell were no-shows.

‘As far as the proceedings go, we didn’t accept some points of the AVO so it’s going to just be a continuing thing, keep on going,’ Mr Gillespie told ACA outside of court.

The matter is set to return to court next month.

Mr Gillespie, a cruise ship director, alleged his former friends had taken his beloved pooch while he was at sea for work and they were dog-sitting. He claims he was on a cruise in late 2019 when Ms Edwards told him Oscar wouldn’t be returned.

The cruise ship director hadn’t seen Oscar in 18 months until the televised encounter at the dog park. 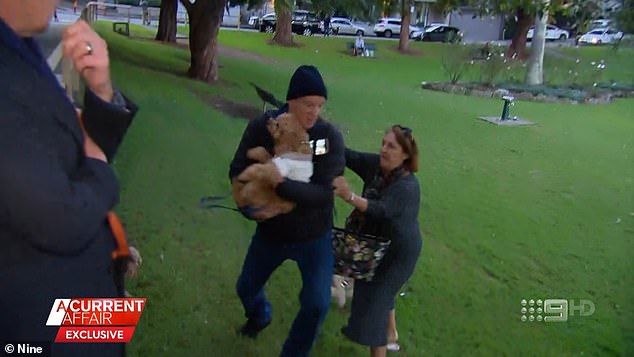 Mr Gillespie was filmed picking up Oscar and running off with Ms Edwards in hot pursuit.

‘I’m collecting my property, thank you,’ he yelled before tripping over.

‘Don’t you dare, don’t you dare!’ a distressed Ms Edwards screamed as she followed him down the road, before she took chase as Mr Gillespie ran around the park.

‘I can’t believe you did this. You cannot take him!’

Mr Gillespie replied: ‘I can’t believe you took him in the first place.’

The distraught woman rings the police before calling her friend Anne to return to the dog park to help.

Minutes later, a confused Oscar is at the centre of another ugly altercation when the friend tries to grab the dog from Mr Gillespie’s arms.

‘I would like him back, please Mark,’ Anne demanded.

‘I don’t care what you are doing. Do not touch me or the dog,’ Mr Gillespie angrily replied. 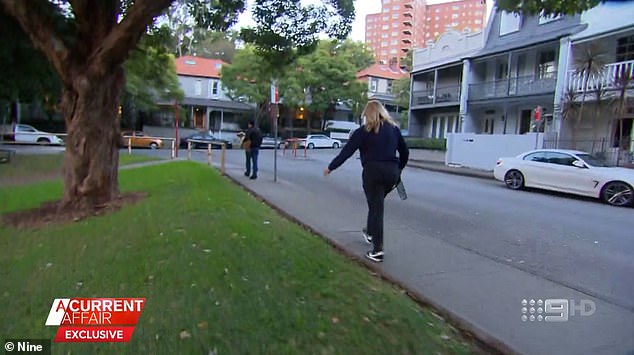 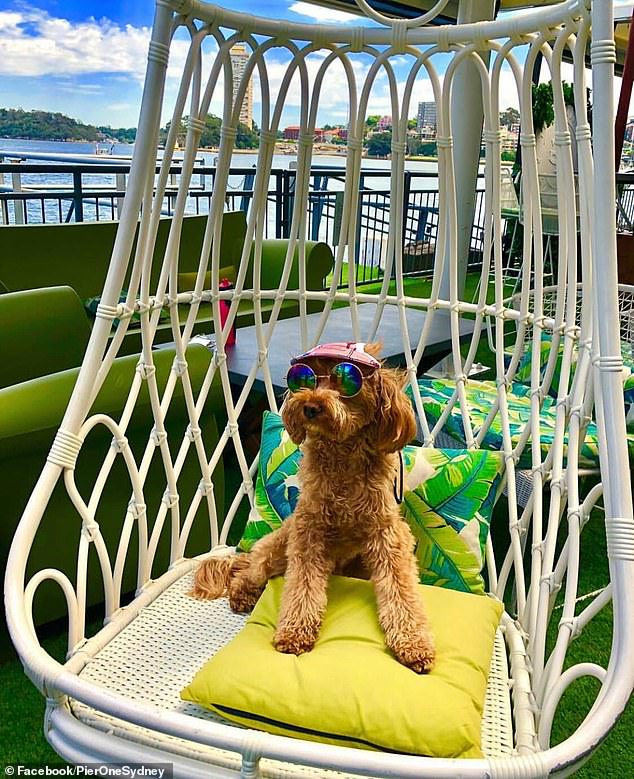 When police arrived, officers agreed Mr Gillespie could take Oscar home as he is still the registered owner.

But Mr Gillespie had a change of heart the next day.

‘After the incident and all the involvement, I decided it was better I did leave Oscar with Gina for now,’ he later told A Current Affair.

‘But Oscar is much loved and I’ll fight for him in court and follow the due process, but otherwise he needs to be home and running around in his yard here.’ 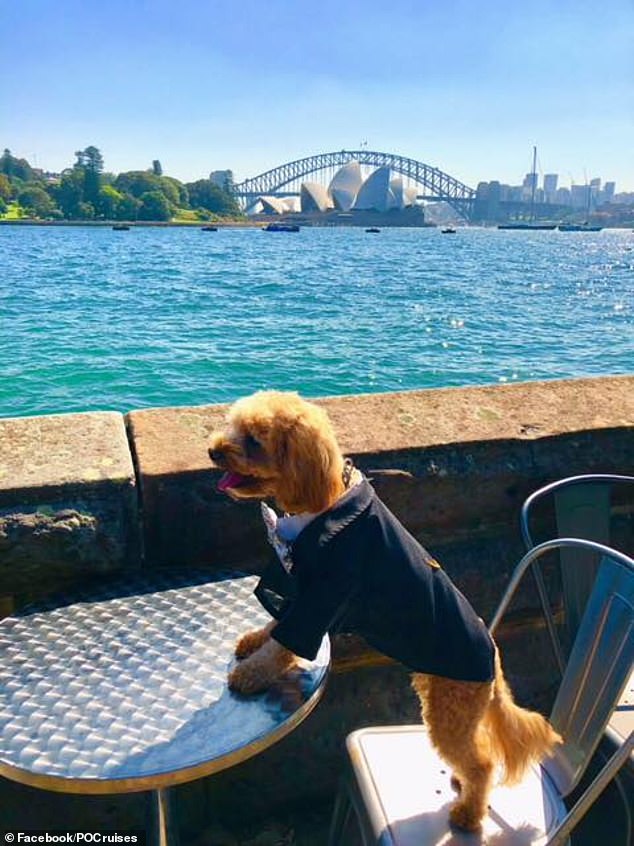 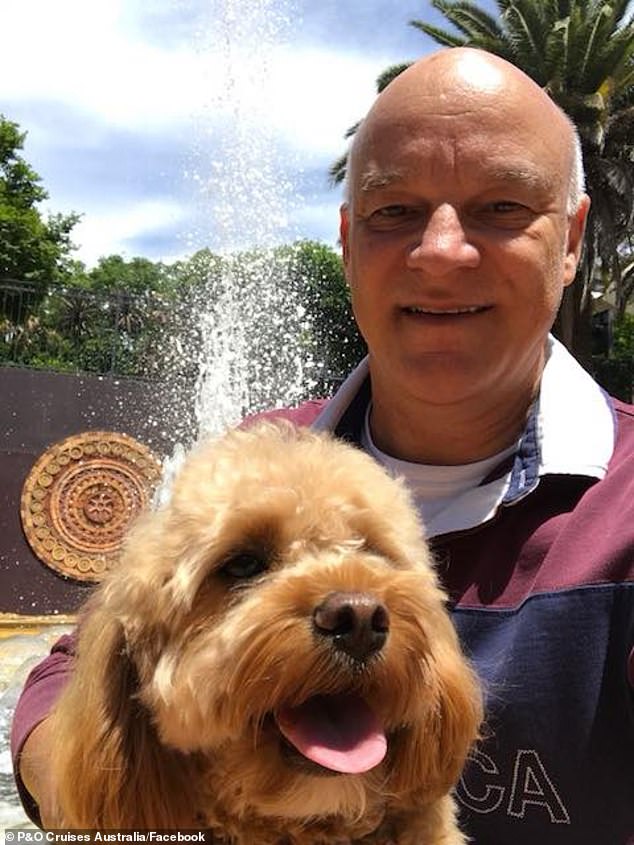 While in their care, Mr Gillespie claims Ms Edwards and her husband turned Oscar into an Instagram-famous dog with a following of more than 10,000 fans.

The popular Instagram account feature the adorable cavoodle in various outfits and locations around Sydney, often photographed by the Sydney Harbour Bridge or playing outside with friends. 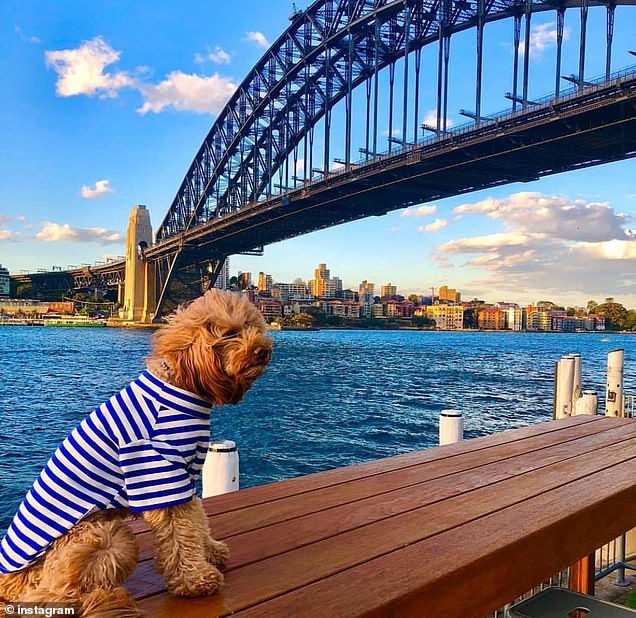 Mr Gillespie claims Ms Edwards and her husband turned Oscar into an Instagram-famous dog with a following of more than 10,000 fans

‘I was instantly heartbroken and didn’t think that she would do that to me. I mean, he’s my dog.’

The custody battle is currently before the NSW Supreme Court after a previous hearing in Sydney District Court last August.

Judge Judith Gibson said the court’s ‘hands are effectively tied’ and was forced to transfer the case to the NSW Supreme Court.

‘It may seem a very minor matter for the Supreme Court to be troubled by a dispute about a dog, even a celebrity dog with its own Instagram account, but there would appear to be no alternative,’ she told the court at the time. 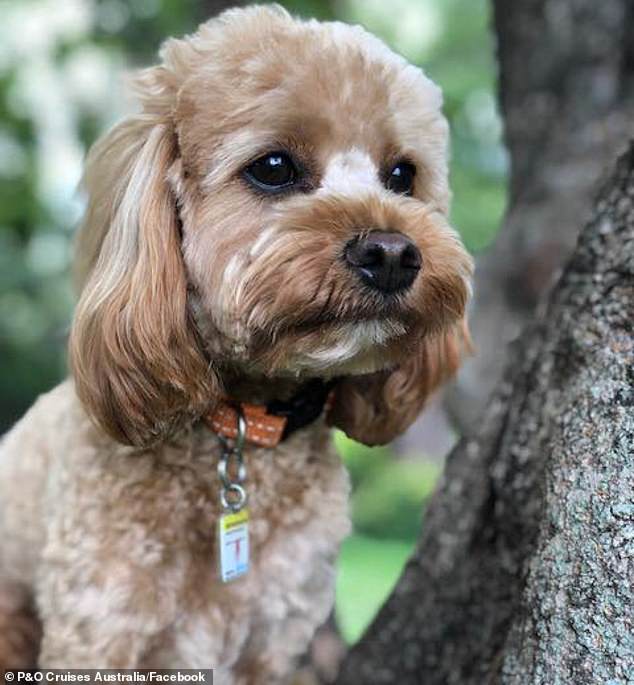 Adorable cavoodle Oscar (pictured) has a following of more than 10,000 fans on Instagram

More than 10,000 rock fans gathered at Download to enjoy their favourite bands with mosh pits,...