The CEO of a ‘funky’ powdered latte company backed financially by Meghan Markle is a globe-trotting Californian free spirit who hopes to convince the world of the power of mushrooms and stress-relieving plants known as ‘adaptogens’.

On Sunday it emerged that Markle had invested in the brand, after Oprah Winfrey – who attended Markle and Prince Harry’s wedding – promoted the products on her Instagram.

‘On the first day of Christmas my neighbor ‘M’ sent to me…a basket of deliciousness! (Yes that M),’ Oprah said, with a crown emoji.

‘My new drink of choice for the morning and night.

‘Wish I had Clevr Blends sooner cause I would’ve added it to my Favorite Things list,’ she told her 19 million followers. 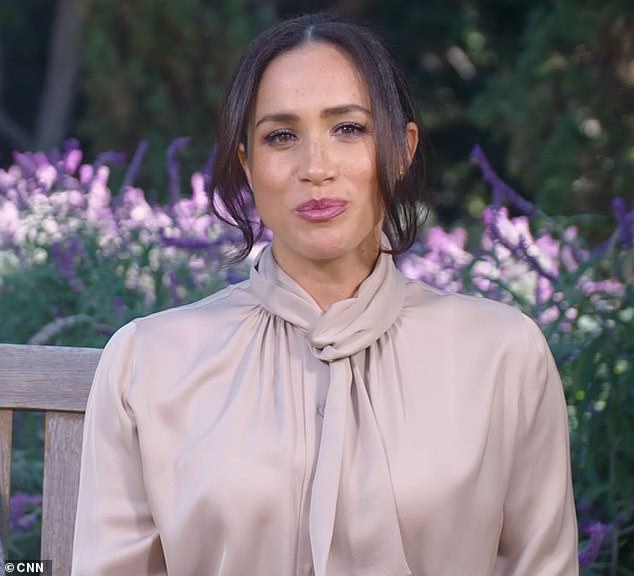 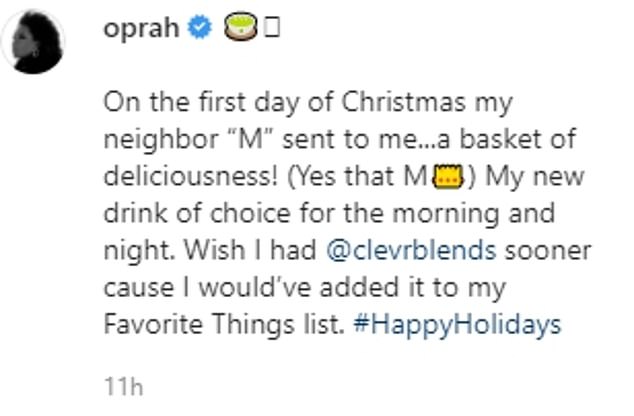 Oprah posted the products on her Instagram page on Sunday night, giving the brand a huge plug to her 16million followers

Markle then issued a statement confirming her investment in the company. She did not specify her stake.

‘This investment is in support of a passionate female entrepreneur who prioritizes building community alongside her business,’ said Markle.

‘I’m proud to invest in Hannah’s commitment to sourcing ethical ingredients and creating a product that I personally love and has a holistic approach to wellness. I believe in her and I believe in her company.’

Mendoza co-founded the company in January 2019 with 31-year-old Roger Coppola.

The pair both attended UC Santa Barbara, with Mendoza graduating in 2014. 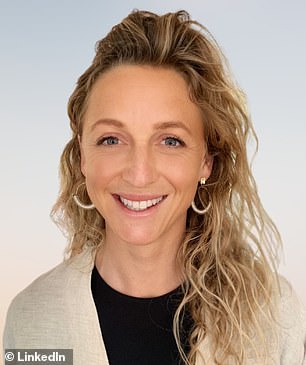 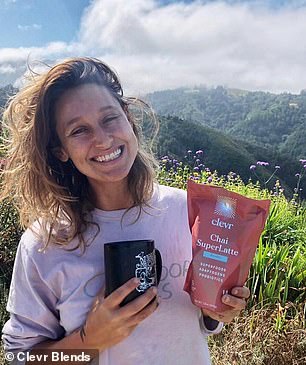 Clevr Blends CEO and co-founder Hannah Mendoza, who graduated from college in 2014 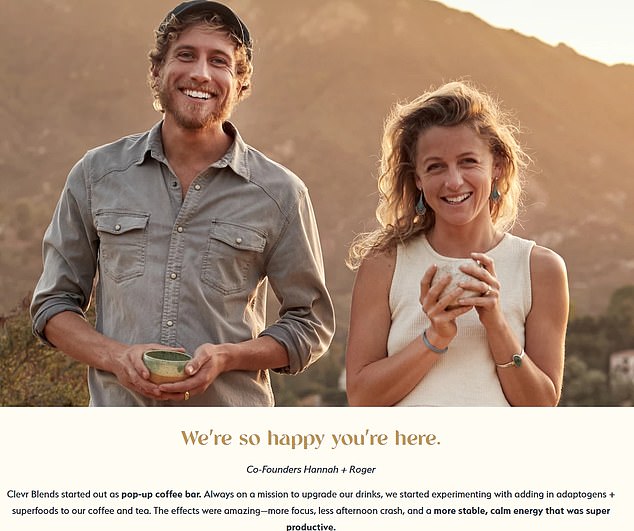 Meghan billed the company as ‘woman led’. Its co-founder is 31-year-old Roger Coppola 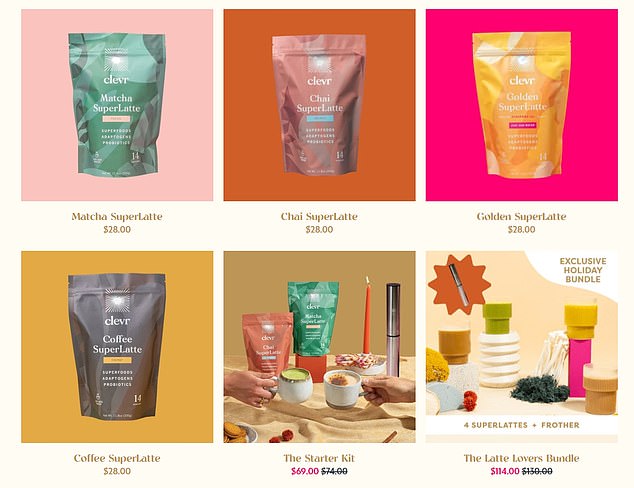 Her address is listed as a $1.2 million home in Berkeley, and her social media feed is full of posts promoting wellness and positive thinking.

‘This investment is in support of a passionate female entrepreneur who prioritizes building community alongside her business.

I’m proud to invest in Hannah’s commitment to sourcing ethical ingredients and creating a product that I personally love and has a holistic approach to wellness.

In October Mendoza posted a photo of herself in hiking gear, beaming besides a giant mushroom growing from a tree trunk.

‘Hannah having one of those mushroom-awe moments (a common theme on the Clevr team),’ she wrote.

‘Mushrooms should make you believe in magic – they are ancient organisms that talk to each other, exist on every inch of the globe, and heal our bodies in unthinkable ways.

‘Did you know that the largest living thing ON EARTH is a mycelium network!? Aka a mushroom!’

In November, Mendoza showed a photo from one of their suppliers in Santa Barbara, describing Sweet Mountain Top farm as ‘a badass team of female farmers, up on a mountain, growing flowers & medicinal herbs in the clouds.’⁠

Markle is said to have contacted the company after sampling their products for herself in 2017.

Mendoza confirmed Markle’s investment, saying: ‘Entrepreneurs need funding, but they also need advisers who care deeply about what they are building.

‘I’m grateful to have found both in the Duchess of Sussex.

‘Her passion for what we’re creating is palpable, and I couldn’t imagine a more aligned partnership.

‘We’re excited for the road ahead.’ 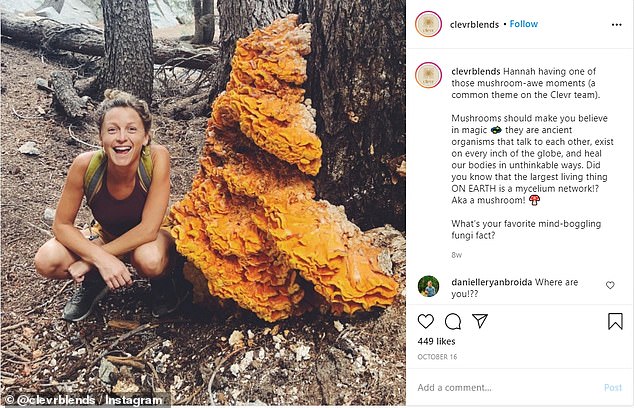 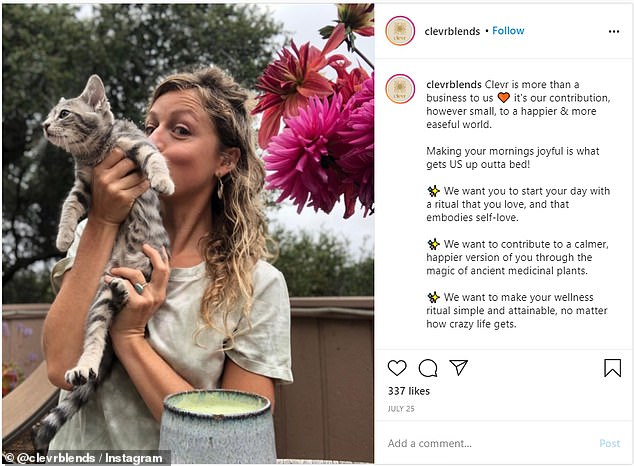 Clevr Blends has a range of powdered ‘superlattes’ that cost $28 for each packet of 14 cups, and comes in flavors such as tumeric and matcha.

They also sell what is billed as ‘organic Colombian arabica coffee blended with oat milk and coconut cream, powered by adaptogens, mushrooms and probiotics, naturally sweetened with monk fruit.’

It also sells an $18 branded milk frother and a sold-out travel mug.

All contain adaptogens – natural substances, typically derived from plants, that supposedly help the body counteract and adapt to stress.

Mendoza founded Clevr Blends after setting up a ‘funky coffee pop up bar’.

‘We traveled the California coast, mixing up adaptogenic lattes and mushrooms coffees out the back of a van. It was awesome,’ she writes on the company website.

‘Our drinks made people feel amazing – but were hard to re-create at home.

‘We needed an easier way to bring these magical elixirs to people’s daily rituals…so we hit the kitchen!

‘We set out on a mission to create the most delicious, nutrition-rich instant latte on the planet.

‘After 1 year of formulation and meticulous ingredient sourcing later, our SuperLattes were born!’

The company says it sources all of its goods in Santa Barbara and makes them there.

It says it only uses organic or non-GMO ingredients, and that they also want to ‘donate a percentage of our revenue to organizations that are fighting for food justice in the USA.’

Before going into the superfood business, Mendoza worked as a volunteer English teacher in Brazil. 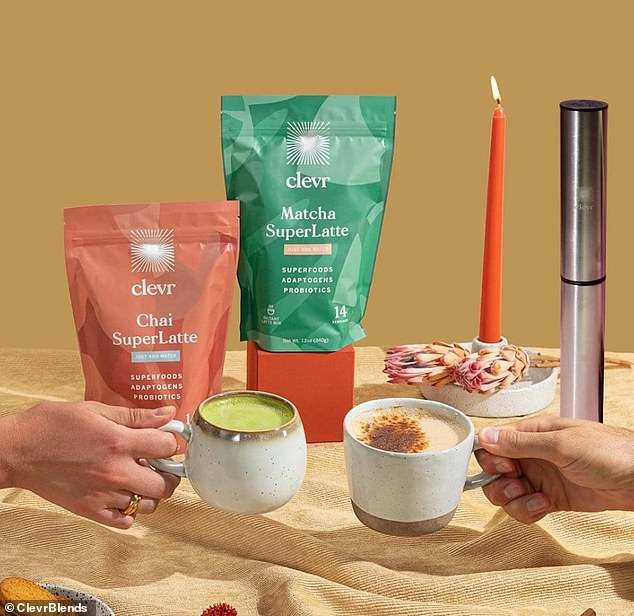 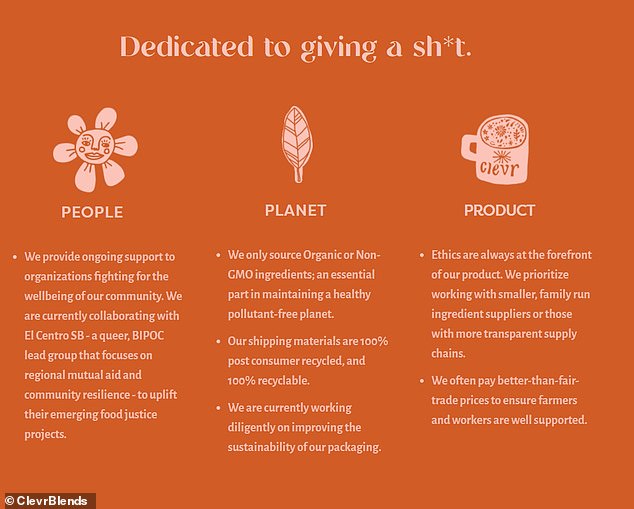 Markle’s investment is the first since she and Harry left royal life earlier this year to pursue a private life and seek ‘financial independence’ from the royal family.

Their departure sent shockwaves through the royal family and came after months of rumored discord.

In their roles as senior royals, they would not have been able to make private investments.

But now, they are free to enter business deals with the likes of Netflix – with whom they’ve partnered in a deal with a reported $100 million.

They have also collected checks for speaking at private engagements since quitting royal life in January 2020 after complaining of press intrusion.

On Monday, Meghan also appeared on CNN in a pre-recorded video message to thank the ‘quiet heroes’ of the pandemic.

She also recently wrote for The New York Times and revealed she’d suffered a miscarriage.

New South Wales has included Angus Crichton and Dale Finucane in its squad for next Sunday night's State of...