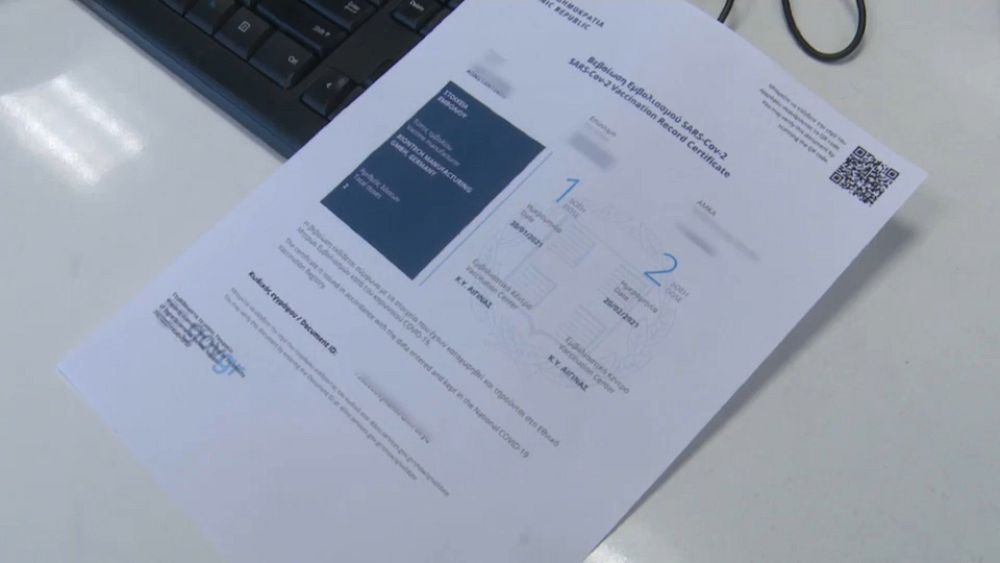 A few months before the tourist season kicks off, Greece has become one of the first countries in the European Union to issue digital COVID-19 vaccination certificates.

The aim is to facilitate travel, hoping that by the summer, a large part of the world”s population will have been vaccinated.

Kyriakos Pierrakakis, Minister of Digital Governance says he hopes that it will be adopted as a certificate at a pan-European level.

“The Greek prime minister, Kyriakos Mitsotakis, has already filed our proposal at a European level, which is, for the certificate to be used as a tool to facilitate, obviously not as a tool to discriminate.”

The certificate will only be available to those who have received both doses of the vaccine. So far, that’s 2.2% of the population.

They are able to download documentation via the government website. The system went live on Friday morning, and by Monday 55,000 certificates had been issued.

For the time being, it will be used as a medical certificate, but it is hoping it will soon be used for international travel.

”Especially as far border crossings are concerned, we are very optimistic that this proposition will be adopted because if it doesn’t, we will face the absurd version, where someone that is vaccinated, still needs to get tested or quarantined – when these resources can be used better for other citizens, ” added Pierrakakis.

Greece’s know-how in relation to these certificates has piqued the interest of other member countries, especially regarding how bilateral agreements could work in the near future.