Houses near the city are set to get bigger as new working-from-home rules boost demand for homes in outer suburbs, a government report predicts.

The coronavirus pandemic has pushed property prices to record highs from Sydney’s Northern Beaches to the New South Wales Central Coast and Wollongong.

Continuing work-from-home arrangements are expected to have long-last effects on the property market as cheaper commuting costs boost demand for outer-suburban homes.

Scroll down for audio 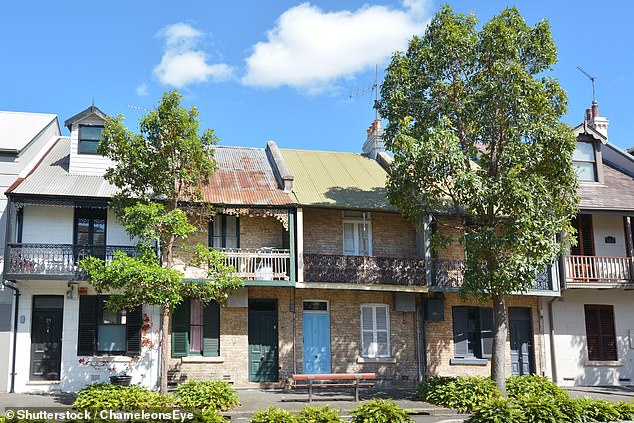 Houses near the city are set to get bigger as new working-from-home rules boost demand for homes in outer suburbs, a government report predicts. Pictured are terraces in Sydney’s eastern suburbs

NSW Treasury said staff working from home one day a week would reduce commuter costs by 20 per cent and make Australians less inclined to live near the central business district.

‘As commuting becomes less costly, living further away from the CBD becomes more desirable for households,’ it said.

Before the pandemic, commuters were reluctant to live more than 45km from Sydney’s city centre but Covid changes had made living 54km from the CBD more enticing.

The state government report, Sensitivity Analysis on Sydney’s Urban Structure and House Prices for the 2021 Intergenerational Report, forecast building a home near the city would get cheaper.

‘With households moving further away from the CBD, relative building density decreases closer to the CBD, but increases towards the city boundary,’ it said.

‘Developers adjust to households’ changing preferences for housing and build more dwellings further away from the CBD. 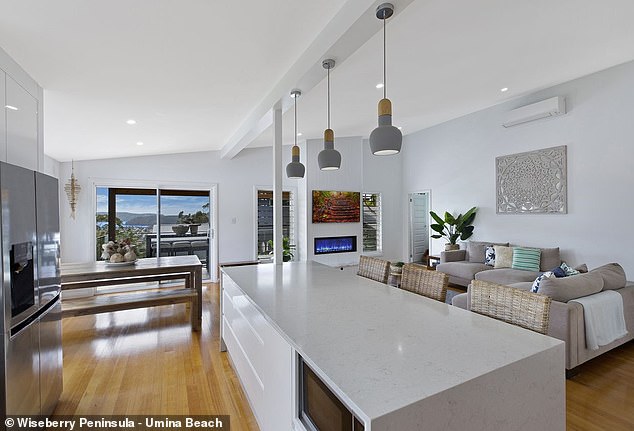 ‘Relative to the baseline, unit housing costs decrease, and dwelling sizes increase for properties closer to the CBD, while the inverse occurs for properties outside a 20km radius from the CBD.’

Real estate values hit an all-time high on Sydney’s Northern Beaches with house and unit prices rising to a median of $1.6million.

The Illawarra region south of Sydney, which includes Wollongong, now has a mid-point property price of $696,737 while the Central Coast to the north, covering Gosford, has a median real estate value of $681,992.

Record prices were also reached in the Southern Highlands and the Shoalhaven region on the South Coast ($641,928) and in Sydney’s outer south west ($639,641).

Last year, about a third of the NSW labour force worked from home.

‘While some of this is a temporary adjustment, a structural shift in flexible work practices is likely to persist,’ the NSW Treasury report by Kevin Ge, Mariano Kulish, Luke Maguire said.

Commonwealth Bank head of economics Gareth Aird is predicting a 14 per cent rise in Australian property prices during the next two years, with interest rates at a record low of 0.1 per cent. 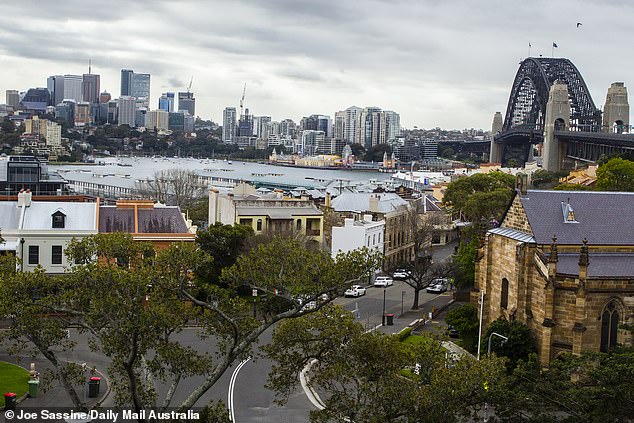 ‘House prices could be really, really swift from here,’ he said.

‘House prices could be faster than any point we’ve seen before.’

National house prices were expected to surge by 16 per cent during the next two years compared with a 9 per cent rise in apartment values.

Australia’s biggest home lender is forecasting 12 per cent increases in Sydney, equating to a $160,000 rise, and also in Melbourne, translating into a $110,000 surge.

The Reserve Bank of Australia has indicated interest rates would stay at record low levels until at least 2023.

China: We seek dialogue with the United States, and the reason for our differences is due to the Trump administration’s measures