Humble footy star, 22, will use his State of Origin pay cheque to buy his parents their dream home


Humble footy star, 22, who used to work at a factory with 3am starts while juggling training will use his State of Origin pay cheque to buy his parents their dream home

A footy star raised in the tough conditions of Sydney’s outer west plans to use his State of Origin match payments to help his migrant parents buy a home.

Brian To’o, 22, who starred for NSW in his representative debut on Wednesday night in Townsville, scoring two tries in the 50-6 victory over Queensland, is on track to collect $45,000 over the next few weeks.

While many in his shoes would use the money to live large and splurge, To’o – who worked night shifts in a factory before getting his chance in the NRL – is cut from a different cloth.

Born and raised in Mt Druitt, in Sydney’s west, the deeply religious family man plans to pass on his money to his parents, dad Fale and mum Fati, who are of Samoan heritage. 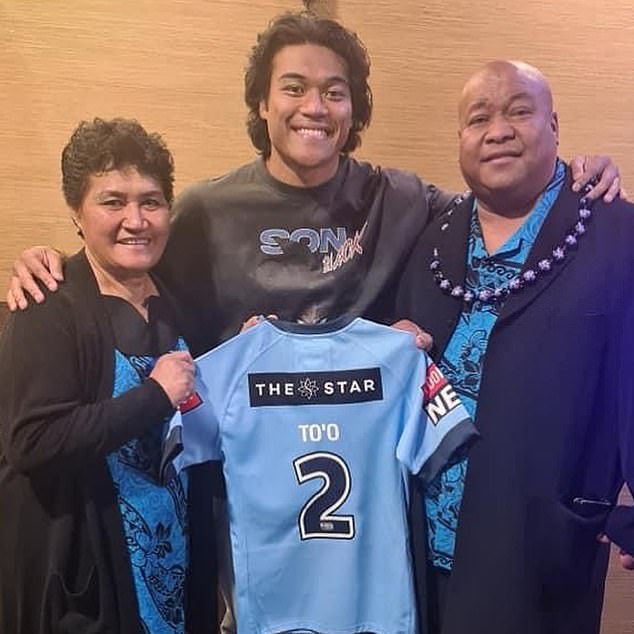 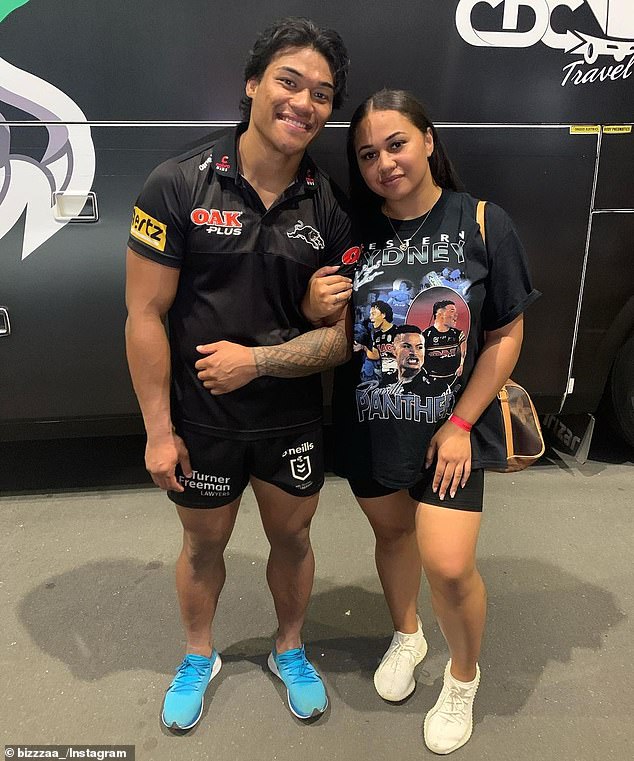 The 22-year-old is likely to collect $45,000 in match payments for NSW – he plans to pass the money onto his parents so they can buy their dream home

‘We are going to see the finance guys next week,’ his manager Sam Ayoub said.

‘He will put that money toward getting a loan to buy his family a new home.’

To’o burst onto the NRL scene as a winger with the Penrith Panthers in 2019.

He quickly became a fan favourite, and is renowned for his epic runs each time he laces up his boots.

Before playing in the NRL and for the NSW Blues, To’o worked in a factory to help out his family.

Ivan Cleary, his club coach at Penrith, recalled one training session a few years ago where To’o was absent.

‘I wasn’t happy, so I gave him a call to find out where he was,’ Cleary told the Daily Telegraph.

‘He told me he was at work. I told him to get back to it and to make sure he was at training the next day.’ 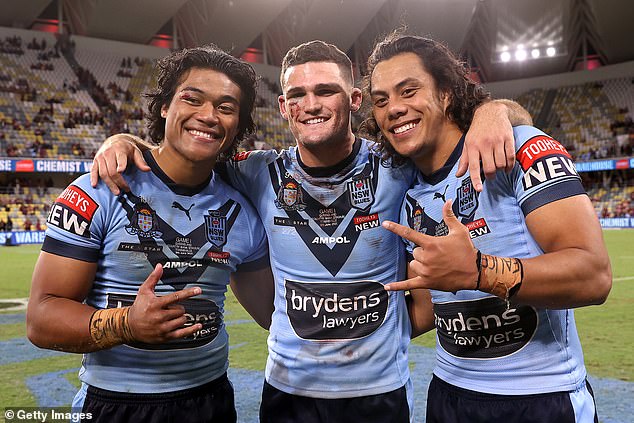 NSW and Penrith teammates (from left) Brian To’o, Nathan Cleary and Jerome Luai were all smiles after Wednesday’s win over Queensland

Cleary later found out To’o was working 10 hour shifts in the factory, often starting at 3am.

Money was tight in the To’o household, so Brian chipped in. Without hesitation.

The family were previously unable to afford a headstone for his sibling when she died.

To’o prides himself on making a difference. He often acknowledges growing up in Mt Druitt, a suburb in western Sydney notorious for gangs and violent crime.

‘I’m proud of where I came from,’ he said last year. 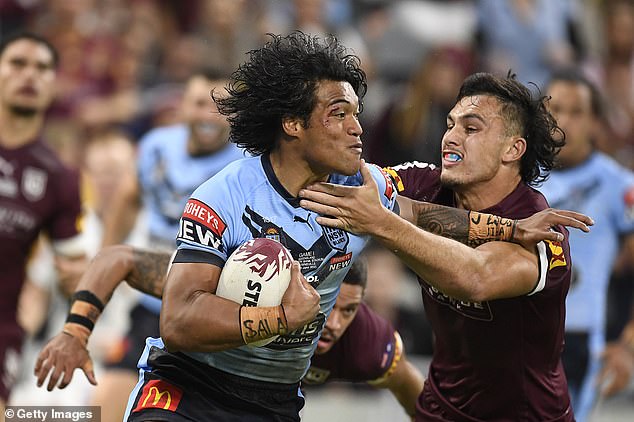 Tennessee honor guard 'blown away' by turnout at funeral for veteran who died without family: report

The iconic orange 1994 Toyota Supra driven by Paul Walker's character in "The Fast and the...