Twitter has been blasted for agreeing to remove messages criticising the Indian government’s response to Covid even as the daily death toll passed 2,800 people.

Opposition politicians said messages blaming Prime Minister Narendra Modi and other ministers for the rapidly escalating crisis were blocked after Twitter agreed to the government’s demands to take them down.

Mirza Saaib Beg, a lawyer whose tweets were among those withheld, accused the social media giant of risking lives by suppressing information about what was really happening in the country. 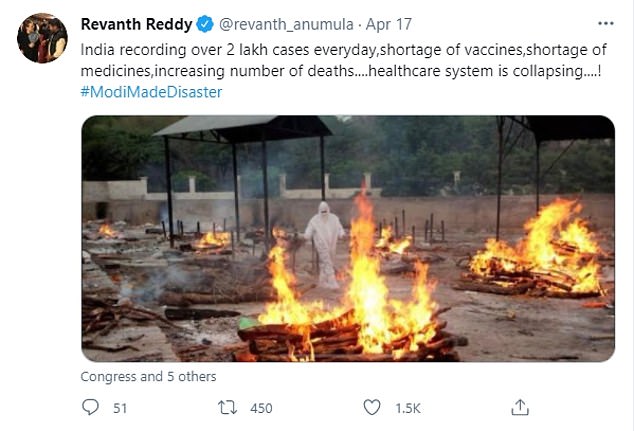 Twitter has come under fire after agreeing to block messages criticising the Indian government’s response to Covid (pictured, one of the blocked tweets) 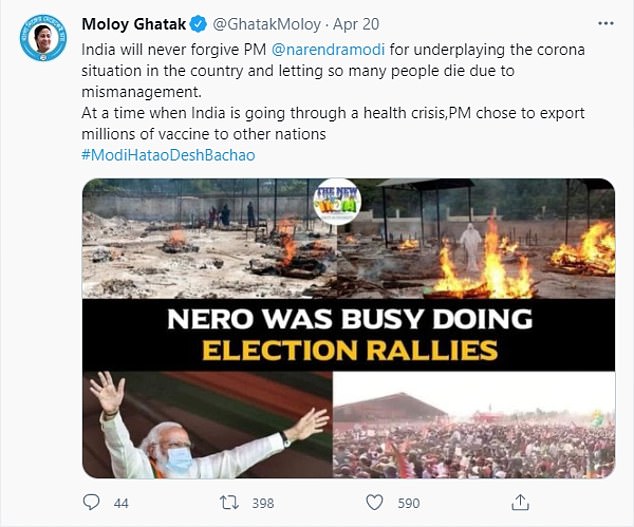 Opposition politicians said messages criticising the government and Prime Minister Modi for failing to handle the pandemic were blocked (pictured, one of the blocked messages) 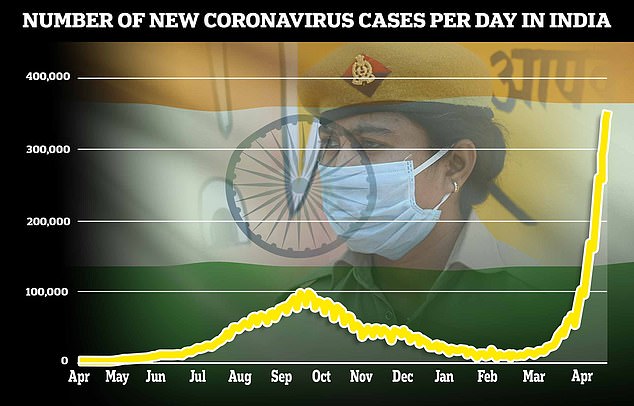 India is now reporting more Covid cases per day than any other country in the world, and today logged almost 353,000 infections

‘Suppression of information and criticism of government is not only dangerous for India but it is putting people around the world at risk,’ Beg said.

‘Freedom of inquiry is an intrinsic part of freedom of speech and expression. These restrictions are further reflective of the weakening of all institutional spaces in India.’

India’s ministry for information technology did not respond to a request for comment.

The country’s new coronavirus infections hit a record peak for a fifth day on Monday, rising to about 353,000 cases.

There is mounting criticism that Prime Minister Narendra Modi’s government and state authorities let their guard down earlier this year, allowing big religious and political gatherings to take place when cases fell to below 10,000 a day.

‘Questioning the government of India’s decision to allow mass gatherings … where people from all across the country gathered and violated COVID safety protocols … cannot be called to be violating any laws of the country,’ said Pawan Khera, a spokesman for the opposition Congress party, whose tweets were also withheld.

The law cited in the government’s Twitter request is the Information Technology Act, 2000, which allows authorities to order blocking of public access to information to protect ‘sovereignty and integrity of India’ and maintain public order. 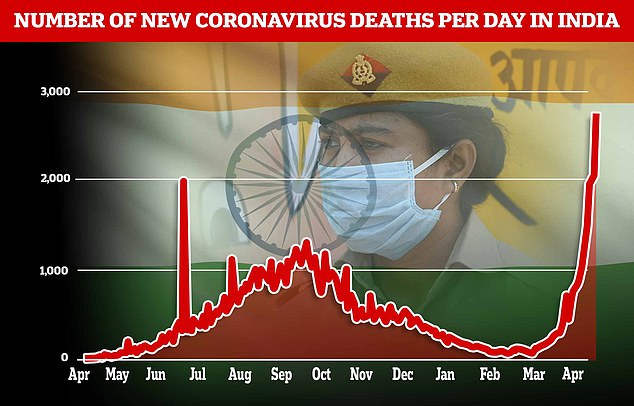 India’s death toll from Covid rose above 2,800 for the first time today amid reports of people dying in the streets due to lack of oxygen and other basic medicines 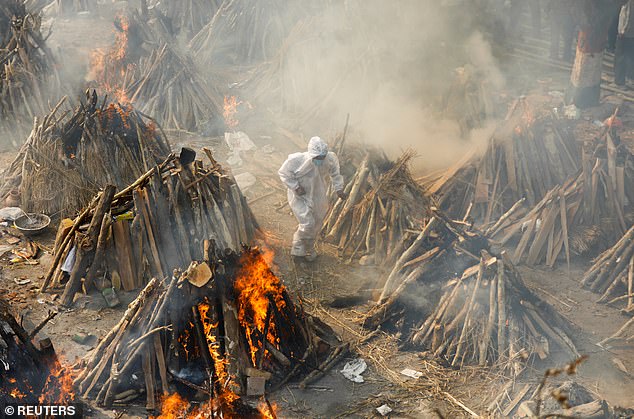 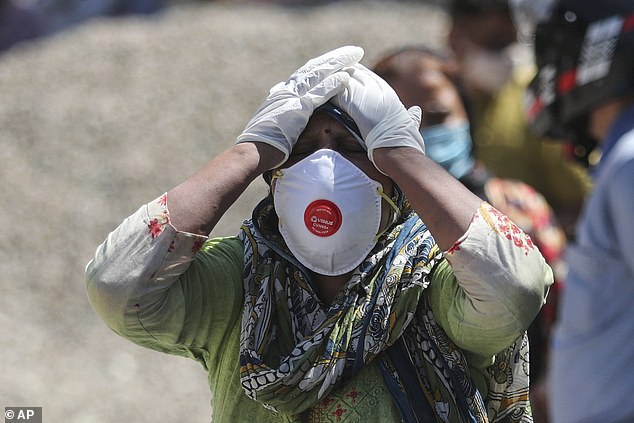 A relative of a person who died of COVID-19 reacts at a crematorium in Jammu, India,

Requests from the government are reviewed under Twitter’s rules and the local law, a spokeswoman for Twitter told Reuters.

There is a ‘lack of transparency’ in the government’s order, said the Internet Freedom Foundation, a digital rights group in Delhi.

‘What is clear is there are more directions being issued across social media platforms in India,’ it said in a statement.

In its most recent transparency report for the six months to June 30, 2020, Twitter said it had received 42,220 legal demands to remove content from 53 countries, with most of the requests coming from five countries including Russia, India and Turkey.

Earlier this year, the social media giant withheld dozens of accounts on the request of the Indian government on grounds that users were posting misleading content related to farmers’ protests near Delhi, aiming to incite violence.

But Twitter did not fully comply with the government order to take down more than 1,100 accounts and posts, saying it had not blocked all of the content because it believed the directives were not in line with Indian laws.

Following the face-off with Twitter earlier this year, the Indian government unveiled tougher rules to regulate big social media firms that it said were needed to hold the companies accountable for any misuse or abuse.

‘We all would prefer free spaces to objectively critique power in the offline as well as online space. However, both spaces are increasingly shrinking,’ Beg told the Thomson Reuters Foundation.