Inter against Real.. 25 matches and the title of Ancelotti’s harvest in the Champions League with the Royal 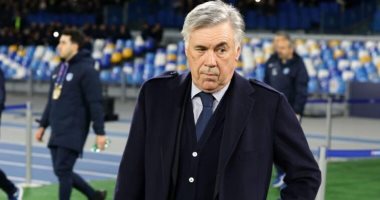 Ancelotti is leading his 26th match with Real Madrid in the European Champions League this evening, as he previously led the royal team in 25 games, won 19, drew in 3 games and lost like them, scored 65 goals and conceded 19 goals, and crowned the title once in The 2013-2014 season, at the expense of Atletico Madrid, 4-1, after the match was extended to overtime.

The last match that the Italian old man led with Al-Maringhi in the Champions League was against Juventus, and it ended in a 1-1 draw in the semi-final second leg, to bid farewell to the championship after losing the first leg 2-1.

Real Madrid is competing in Group D in the Champions League this season, with Inter Milan, Shakhtar Donetsk and Sheriff Tiraspol..

The Real Madrid team appears in a new dress with Italian coach Carlo Ancelotti, as he imposed his control from the beginning on the Spanish League competition, after achieving 3 victories and one draw, to top the table with 10 points..

Real Madrid will miss Inter Milan, at the top of the Champions League, the trio Marcelo, Gareth Bale and Toni Kroos due to injury.

On the other hand, Inter Milan, under the leadership of Simone Inzaghi, has the same strength that the team had with former coach Antonio Conte, who led the Nerazzurri to achieve the Scudetto title last season..

Inter Milan achieved two wins and a draw, in the first 3 matches of the Italian League, to occupy the fourth place with 7 points.

Lukaku leads Chelsea to beat Zenit with difficulty in the Champions League .. Video

Life expectancy increases in many countries, but it is not the case in the US | Video

Life expectancy increases in many countries, but it is not the case in the US | Video