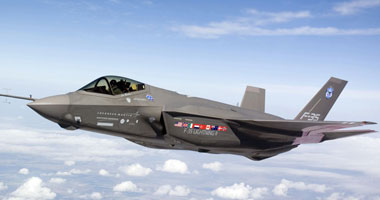 Israel announced its intention to purchase a squadron of American F-35 warplanes, according to the American Al-Hurra channel.

Earlier, the Israeli Security Council announced its intention to purchase 17 additional F-35 fighters, bringing the total number of F-35 fighters in the country to 50.

The first batch of these fighters arrived in mid-December, and Israel modified the vehicles using its specialized systems.

The cost of these additional fighters to the Israeli government will be an estimated $ 1.5 billion.

What happened to no shoes, no service? Thirsty magpie takes a sip of beer at a pub

Iraq: All aircraft that enter our airspace are under control

'We're forever grateful': Tab, the iconic diet soda, will be gone by end of the year

Sweden’s Riksbank continues testing the viability of issuing its CBDC

Kim Kardashian has certainly been showing Kanye West exactly what he's missing since announcing the end...