Italian businessman who plotted his own kidnap in Syria and was promised ‘women, alcohol and drugs’ during fake captivity was actually seized for REAL and held for three years before being freed and then charged with fraud in Italy

An Italian businessman who orchestrated his own kidnapping in Syria was snatched by jihadists for real and held for three years, an investigation has found.

Alessandro Sandrini, 34, had been told a gang would take him to a posh villa where he could enjoy ‘everything he needed’ including ‘women, alcohol and drugs’.

He thought the crew planned to make millions in ransom from the Italian government.

Mr Sandrini was taken to Adana in Turkey but was sold to Hayat Tahrir al-Sham – a Syrian terrorist group – in October 2016.

The jihadists sent out a picture of the struggling businessman on his knees in an orange jumpsuit as two Islamists stood behind him with guns.

He was set free nearly three years later in May 2019 amid claims his government paid the ransom.

But he was this week charged for fraud and simulating a crime after an investigation was launched. 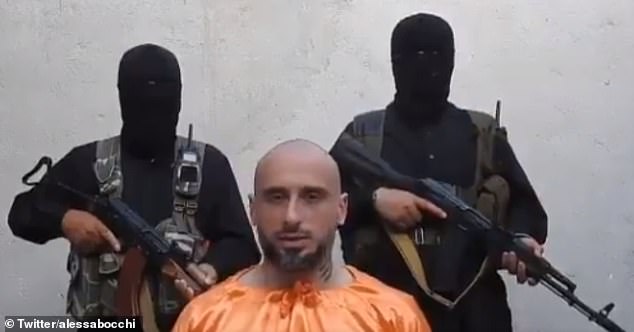 Alessandro Sandrini (pictured) had been told a gang would take him to a posh villa where he could enjoy ‘everything he needed’ including ‘women, alcohol and drugs’

Sergio Zanotti tried a similar trick as he was taken to Antioch in April 2016 – expecting money from a black market Iraqi currency trading deal.

But he was also sold to terrorists and was held until April 2019 when the Italian secret service negotiated his release – reportedly after paying a ransom.

He is under investigation in Italy.

Police said a third businessman was approached about making the trip to Turkey, but pulled out at the last minute when he refused to board a plane.

The bizarre story emerged after Italian anti-terrorism police and the Carabinieri launched a probe into the kidnappings. 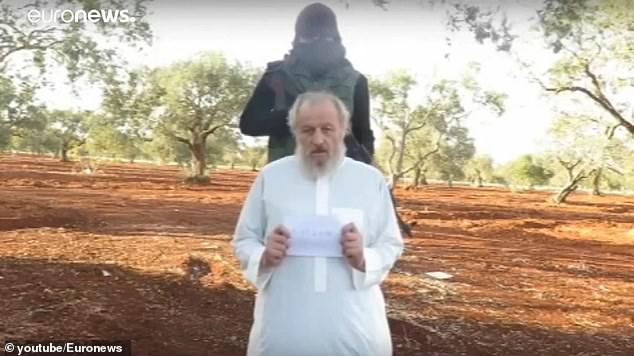 The three men – with Frrokaj as their leader – had associates in Turkey who carried out the kidnapping and handed the two Italians over to Hayat Tahrir al-Sham.

One of Mr Sandrini’s ex-girlfriends was also in on his original money-making scheme.

She told local media: ‘During the drive to the airport he kept telling me that I should stay calm, because when he got home we’d have loads of money that would come from the foreign ministry as ransom for his release.’

Biden unveils 'once in a generation' spending plan