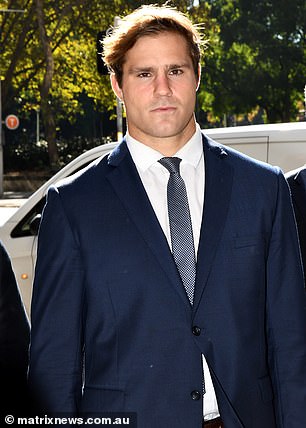 The jury in the rape trial of footballer Jack de Belin and his mate Callan Sinclair has reached a unanimous verdict for one of the six charges.

But the NSW District Court has heard the 12 jurors ‘definitely’ can’t reach a unanimous decision on the five remaining counts against the pair.

In a note to the judge read out in a Sydney court about 1pm, the jurors said they were each ‘firm and resolute’ in their verdicts.

When the jury foreperson was asked if they could reach a unanimous verdict on the outstanding charges given further time, he said: ‘Definitely not’.

Judge Nicole Noman then ordered the Sydney jury to try to reach an 11 to 1 majority verdict on the charges.

The jury is in its sixth day of deliberations over the sexual assault claims against the suspended St George Illawarra forward, 30, and his mate, 24.

Both pleaded not guilty to the charges, claiming they had consensual sex with the 19-year-old alleged victim in December 2018.

The single verdict the jury has been able to reach relates to an allegation de Belin anally raped a 19-year-old woman while Sinclair is in another room. 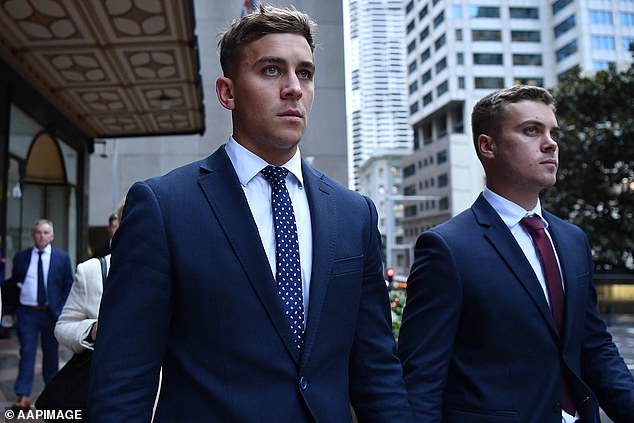 Callan Sinclair outside court last week. The amateur footballer is also facing a series of charges

However the verdict reached remains a mystery, with Judge Noman keeping the decision under wraps until the jury reaches a position on the remaining charges.

In an earlier note to the judge read in court on Monday, the jury said they have ‘been through a rigorous process of examining all of the evidence proferred in the trial’.

But they said they did not believe it was possible to reach a verdict on the other charges.

‘I don’t propose to take your verdict in relation to Count Six at this stage,’ the judge said. The judge said past experience showed juries can often agree if given enough time to consider and discuss the issues.

Over a 13-day trial, the jury heard claims that the teenager, who already knew Sinclair, met de Belin on the dancefloor during Wollongong’s Santa Public Crawl.

The court heard the trio then travelled to an apartment in North Wollongong. There, de Belin allegedly attacked the woman in the bedroom of the unit after using the bathroom, the jury was told.

The woman said she told the men to stop and then ‘just let it happen’, crying as the men ‘took turns’.

The men both testified the sexual encounter was consensual, with the woman acting ‘normal’ and appearing to enjoy it. 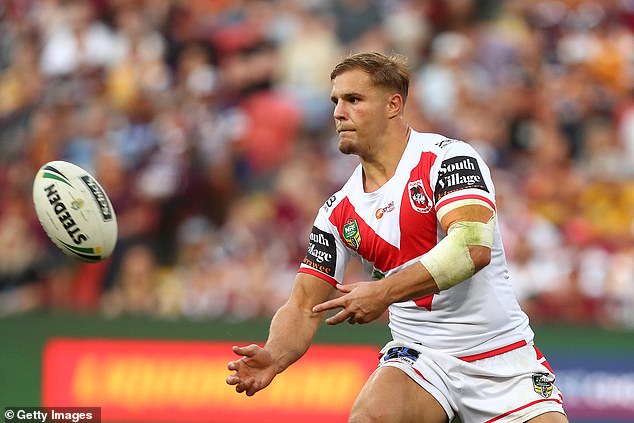 At trial, prosecutors said the accused men’s evidence was ‘sprinkled’ with words and actions ‘to turn the narrative into a false picture of a consensual sexual encounter.’

The deliberations continue at the Downing Centre District Court.