A comedian has offered her amusing explanation about laundry after a confused American woman discovered how Australians wash and dry their clothes at home.

Jane Hamilton-Foster, from Tasmania, shared a very Aussie response in a now-viral TikTok video after US woman Miranda Blakeslee asked why ‘dryers are not a thing?’ Down Under.

‘G’day love. Australian here. Just wanted to let you know that right there is a Hills Hoist,’ Jane said in the tongue-in-cheek video – as she showed viewers a glimpse of her clothesline in the backyard.

‘We just hang stuff out with little pegs and it dries with the copious amounts of sun that we have here in Australia.’ 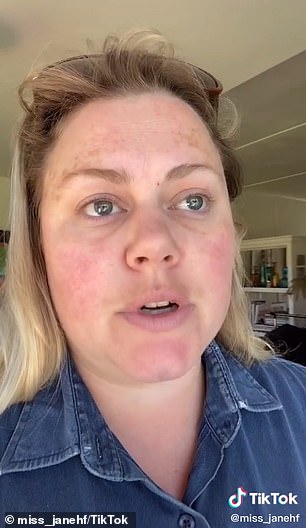 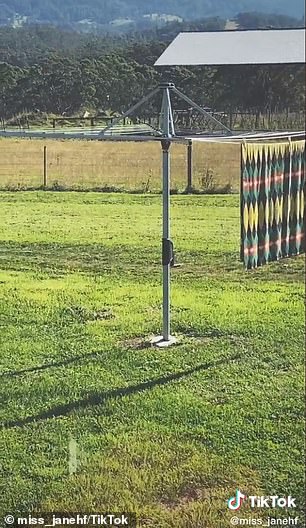 Jane Hamilton-Foster (pictured) offered an amusing explanation about laundry after a US woman discovered how Australians wash and dry their clothes at home. The comedian explained how Aussies use a Hills Hoist (right) to hang their clothes out to dry in the sun

How do you do your laundry?

She said the Hills Hoist was ‘named from Mr Hill or something’, referring to South Australian man Lance Hill, who invented the rotary clothes line in his backyard.

Jane went on to explain why Australians keep a separate drying rack indoors.

‘Drying racks – they’re good for bits and pieces. Wasn’t sure if it was going to rain so had to put it inside, didn’t I?’ she said.

She added: ‘So that’s the story about drying clothes in Australia. Dealing with the really big issues here.’

Jane’s video has since been viewed more than 530,000 times, with many around the world agreeing with her explanation about hanging clothes outside.

‘UK here and if you haven’t got at least two lines out in good weather you’ve wasted a good drying day. Why waste electricity using a dryer,’ one British woman wrote.

‘Why would you use electricity when you have the sun?’ another asked, while another added: ‘Why would we pay for a dryer when it’s 45 degrees outside and it’d dry before you walk back in the house?’

And one American woman said: ‘I live in Texas, why on Earth would I use a dryer to heat up my house when I can use the outside for free and it’s faster than my dryer?’ 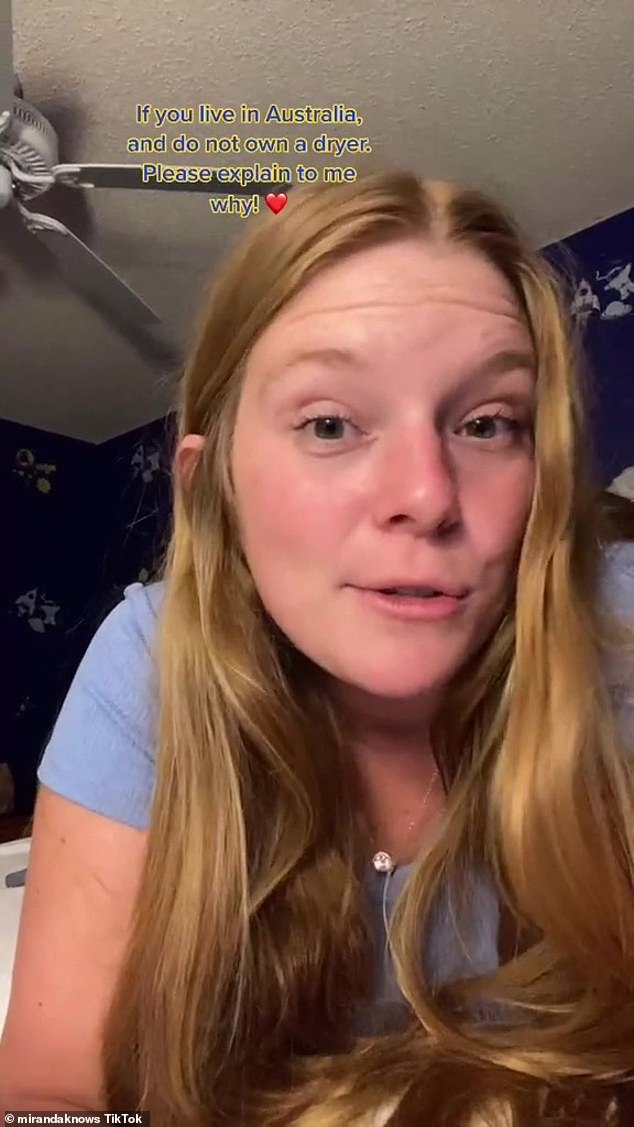 Her response comes just days after Miranda revealed her surprise after learning how Aussies do their laundry at home.

‘Here in America when we do our laundry days we put everything in the washer and then take it out and put it in the dryer,’ she said in her video, which has since been viewed more than 300,000 times.

‘And then within 20 to 30 minutes everything is dry and you just put it away in the closets and stuff.

‘In Australia almost every single influencer I see that does laundry day takes it from the washer and then hangs it up throughout their house on these drying racks.’

She then asked whether it was because there were no dryers Down Under or if they were ‘not a thing’ for environmental reasons.

‘Is it like a pollution thing or something? Please let me know if you’re like living in Australia and you don’t own a dryer, is there a reason for that?’ she said.