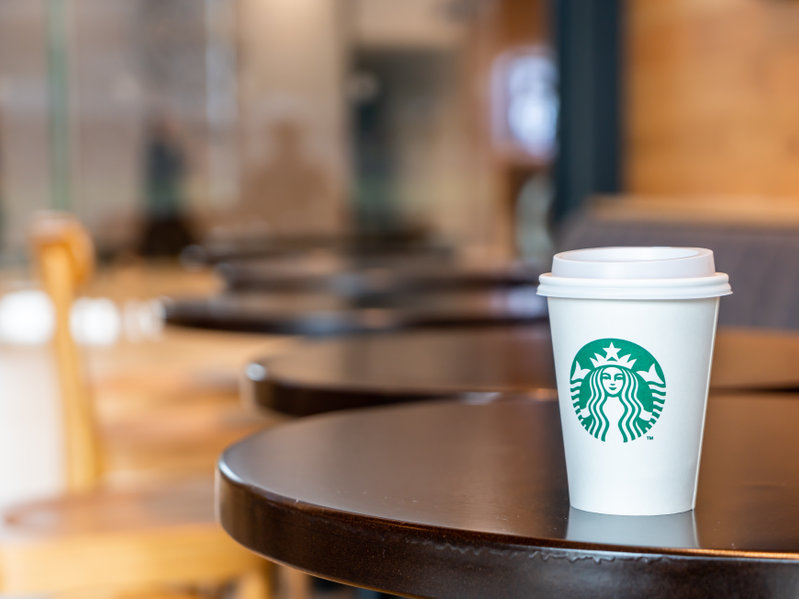 Shares of Starbucks Corporation (NASDAQ: SBUX) are down more than 10% from their high in late July, but Atlantic Equities says there’s further downside in the offing.

In a note on Thursday, analyst Edward Lewis downgraded Starbucks to “neutral” with a price target of $105 that represents another 4.0% downside from here. He wrote:

We remain concerned that momentum at the business may be slowing more than the market might have anticipated with comps set to return to negative territory in China and rising labour cost inflation weighing on U.S. growth.

It’s very hard for me to like this technical setup for three reasons. One, our internal trend model turned negative last week. Two, Starbucks is on the verge of making a fresh 52-week relative low versus the benchmark. Three, distribution is picking up.

Based on those three reasons, O’Hara said that he wasn’t interested in owning Starbucks shares at this point.

From the valuation perspective, the stock is very rich; trading 30 times forward earnings. Amidst the great reopening, you’d expect the company to be firing on all cylinders, growing earnings at an exceptional rate, but they’re not.

The downgrade comes a day after Starbucks said its Board of Directors approved an increase in the quarterly cash dividend from 45 cents a share to 49 cents a share.

The post JC O’Hara on Starbucks: ‘it’s very hard for me to like this technical setup’ appeared first on Invezz.

Interest in Bitcoin (BTC/USD), the world’s most valuable cryptocurrency, has continued to soar in El Salvador, causing citizens to...

Reports: Mohamed Salah returns to Barcelona's interest, and Laporta sets the scenarios for contracting with him

Biden's economy in the second quarter was better than expected (Analysis)