Joe Manchin will back just $1T in Biden’s $3.5T budget

Speaker Nancy Pelosi on Thursday hit back at moderate Democrats who wanted to cut President Joe Biden’s $3.5 trillion budget filled with social programs, asking them ‘where would you cut?’

She also suggested they weigh their values before they decide how to vote, pointing out the education, healthcare and social programs planned to be in the package.

Her remarks came after a new report said Democratic Senator Joe Manchin has privately warned the White House and congressional leaders that he can only support about $1 trillion of Biden’s spending plans.

The West Virginia senator is open to going up to $1.5 trillion, sources told Axios.

Manchin’s line in the sand puts Democratic leaders in a tough spot.

The progressive wing of the party wanted a higher number to fund more social programs, climate initiatives and health policies so are unlikely to support a lower figure. And they could renew their threat not to support a bipartisan infrastructure bill – that funds traditional projects like roads, airports and bridges – if they don’t get their $3.5 trillion.

Pelosi wouldn’t address whether or not she was considering a lower number but said the final package would not be above $3.5 trillion.

‘I don’t know what the number will be we are marking a 3.5. We are not going above that,’ she said at her weekly press conference on Capitol Hill.

She also said those considering not voting for the legislation should consider their values and what could be accomplished with the money.

‘We will have a great bill, and I hope that as people are looking at numbers that they’re weighing the values and what we can accomplish with that legislation,’ she noted. 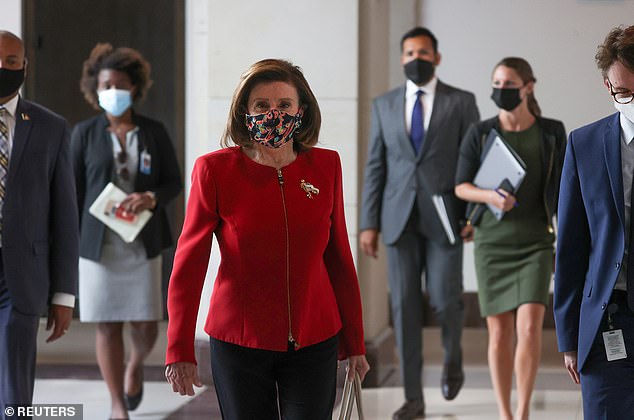 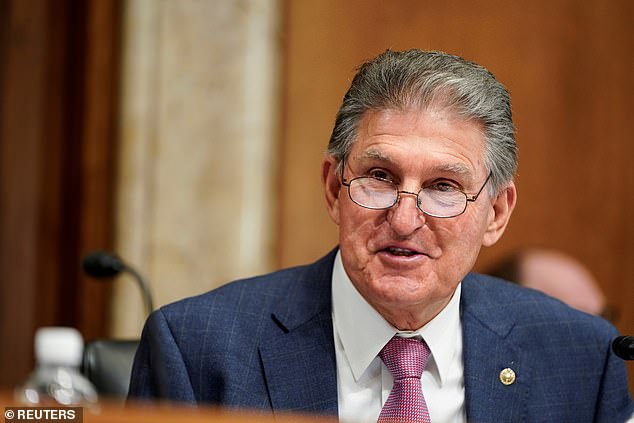 Democratic Senator Joe Manchin has privately warned that he can only support about $1 trillion of President Biden’s $3.5 trillion budget plan 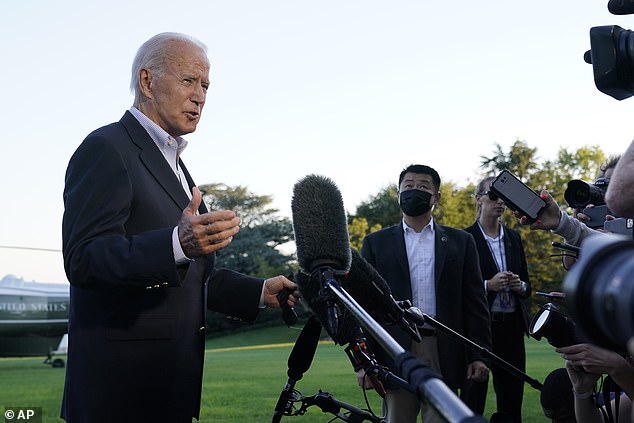 President Joe Biden expressed confidence he would get Manchin’s vote

The issue will come to a head in the next few weeks as Congressional committees meet to work out the details of what will be in the package – including its final price tag and how it will all be paid for.

But Biden expressed confidence he would get Manchin’s vote.

‘Joe, at the end, has always been there. He’s always been with me. I think we can work something out. I look forward to speaking with him,’ Biden told reporters Tuesday on the South Lawn of the White House after returning from seeing the damage from Hurricane Ida in New York and New Jersey.

Manchin infuriated many Democrats last week when he called for a ‘pause’ on Biden’s budget plans, saying he can’t support them because of the price tag. He didn’t publicly give a figure he’d support but did leave open the option of supporting a lower figure.

Biden, meanwhile, prides himself on his personal relationships with lawmakers after spending nearly 40 years in politics.  It’s unclear if the president would entertain a lower number to get moderates on board. In the 50-50 split Senate, Biden needs every Democrat to vote for his plan.

Pelosi and Senate Democratic Leader Chuck Schumer are preparing for nightmare September where they try to negotiate the details of Joe Biden’s $3.5 trillion budget, pass an infrastructure bill, raise the debt ceiling and fight over voting rights.

It begins this week when congressional committees meet to begin formally drafting the president’s ambitious social policy program but the passage of the trillion-dollar program is not guaranteed.

Last week, Manchin called for a ‘strategic pause’ in spending, saying he could not support the $3.5 trillion price tag.

‘Instead of rushing to spend trillions on new government programs and additional stimulus funding, Congress should hit a strategic pause on the budget-reconciliation legislation,’ he wrote in an op-ed published Thursday in the Wall Street Journal.

‘A pause is warranted because it will provide more clarity on the trajectory of the pandemic, and it will allow us to determine whether inflation is transitory or not. While some have suggested this reconciliation legislation must be passed now, I believe that making budgetary decisions under artificial political deadlines never leads to good policy or sound decisions,’ he added.

The next few weeks will be crucial.

Schumer has given his committees a September 15 deadline to finalize their part of the spending package. Then it will have to be negotiated among Senate Democrats, including Manchin and Sinema.

Manchin left the door open to supporting a smaller package that supports social programs like free pre-K, expanded paid family and medical leave and climate issues. But he said the amount of government spending tied to the coronavirus pandemic and fears about inflation had him worried about more money.

‘I, for one, won’t support a $3.5 trillion bill, or anywhere near that level of additional spending, without greater clarity about why Congress chooses to ignore the serious effects inflation and debt have on existing government programs,’ he noted in his op-ed.

A number of House committees are meeting ahead of the chamber’s return to work out details on their end. 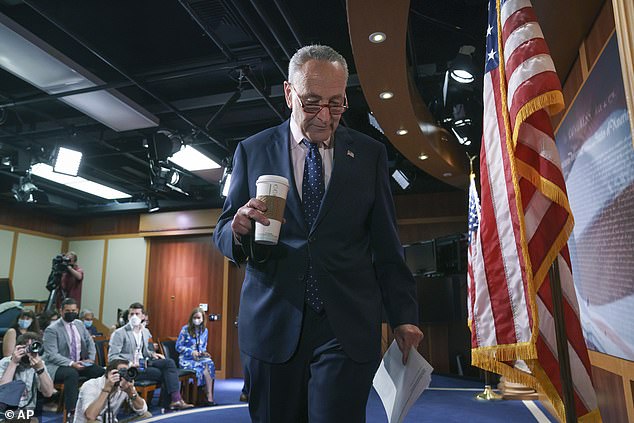 As lawmakers craft the president’s ambitious $3.5 trillion budget plan, Democrats are already warring with one another over what to include in it at what level of funding, including the expansion of Medicare and paid family leave.

And Democrats are still trying to lock down how to pay for the package, bridge divisions on shoring up the Affordable Care Act and expanding Medicare, draft immigration reform language and iron out sections on climate change.