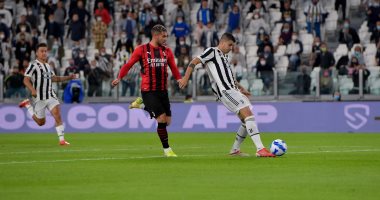 Juventus, led by its technical director Massimiliano, continued its disappointing results in the Italian league, after it failed to achieve any victory during the first 4 rounds of the competition, after its draw on Sunday evening, against its guest, Milan, 1-1, which was held at the “Allianz Stadium” “.

In the opening meeting, Juve tied with Udinese with two goals each, then lost in two meetings against Empoli, with a goal in return, and then fell against Napoli with two goals against a goal.