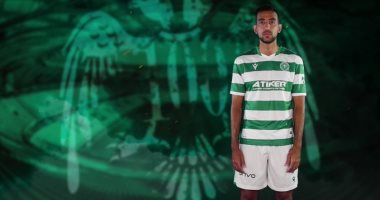 Egyptian striker Ahmed Hassan Koca scored his team Konyaspor’s first goal against Kasim Pasha 1-0, during the match that the two teams are currently meeting at the latter’s stadium, in the seventh round of the Turkish League.

The goal came in the 18th minute during the match in which he is participating for the first time since joining the Turkish team last August, where his team is currently leading 2-0.