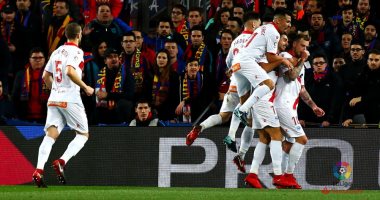 Deportivo Alaves managed to defeat Atlético Madrid with a goal scored by Victor Laguardia in the fourth minute of the first half of the match held at Mendizorosa Stadium, in the seventh round of the Spanish League.

Atlético Madrid is in second place in the La Liga trip, two points behind Real Madrid, the leader in the competition, as after the last victory against Getafe, it raised its score to 14 points from six matches.

Atletico Madrid hopes to continue victories to put pressure on Real Madrid, the leaders in the competition, While the team hopes Alaves achieved a surprise in search of a way out of the gloom that has been chasing him since the beginning of the season, which made him vulnerable to relegation.