How shedding pounds could slash your health and life cover bills

Shedding some weight around the middle could add several pounds to your back pocket.

Louise Cuming, managing director of broker The Life Dept, in Northwich, Cheshire, says: ‘Obesity is a huge health risk, linked with an increased chance of heart attack, cancer and diabetes.’ 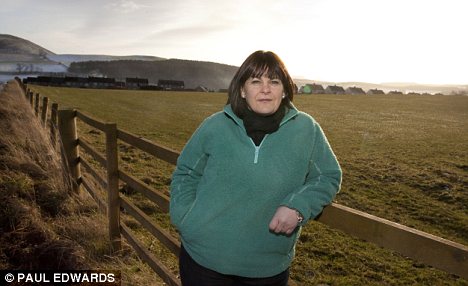 Shocked: Lynne Taylor was classed as obese when she applied for life insurance

The World Health Organisation says excess weight can also cause musculoskeletal disorders such as osteoarthritis. In America, insurers routinely ask customers for their body mass index on application forms and British insurers are also turning to BMI as a key indicator.

Women who take a size 18 dress are routinely hit with premium loadings, while for many men insurance alarm bells can start ringing once their waist hits 36 inches. In the worst cases, cover is declined altogether.

Cuming says: ‘A BMI of 35 could see a 50 per cent increase in premiums while a BMI of 40 or more could see them double.’ Premiums last for the term of cover, so it is essential to get the right deal at the start.

How to work out your BMI

Body mass index is calculated by dividing your weight, in kilograms, by your height, in metres, squared.

The simple calculation does  not work if you try to divide stones and pounds by feet  and inches.

Do the calculation with our life insurance obesity tool.

According to the World Health Organisation, a healthy body weight is a BMI of between  18 and 25. It classes a BMI of 25 to 30 as overweight while more than 30 is obese.

But BMI is not an exact science. There are several factors that will influence the numbers. These include ethnic origin and lifestyle. For example, sports enthusiasts with heavy muscle tissue can end up with a high BMI despite their good general fitness.

Cuming says: ‘The lady was shocked. She thought she was in fine health and hadn’t realised her weight would make such a difference.’

Nursing care manager Lynne Taylor is also aggrieved insurers put such an emphasis on BMI. Lynne, from Earlston in the Scottish Borders, is 4ft 11in, which exaggerates the impact of her weight on her BMI, which is just over 30.

Lynne, 40, was shocked to be classed as obese when she applied for life and critical illness cover. ‘There is no way I’m obese,’ she says. ‘I can wear a size 14 and go to a Zumba fitness class every week. Insurers focus on the BMI and don’t ask other questions about lifestyle.’

Lynne, who has two children, Stuart, 11, and Katie Grace, 4, was initially quoted more than £60 a month for cover because of her BMI. But she shopped around on confused.com and Friends Life will cover her on standard terms, subject to a medical. Ironically, one reason for the focus on BMI is that average prices have fallen for those in good health.

Edwards says: ‘Ten years ago, 90 per cent of the population would have been insured on standard rates. Now with greater competition, we ask more questions and it is just over 80 per cent who qualify for standard terms.’

Insurers are even more sensitive to BMI for critical illness cover, which pays out a lump sum if you are diagnosed with a particular condition, or for income protection insurance that pays a regular monthly sum if you are too ill to work. Here, those with a BMI as low as 32 or 33 may be asked to go for a medical examination before they will be accepted for cover.

Matt Morris of specialist adviser LifeSearch says: ‘Each insurer has a different attitude. We will always try to do a bit of pre-underwriting with clients so we can direct them to an insurer that is more likely to say yes, or to give cover at standard terms.’

Insurers are particularly concerned about younger people who are overweight. There is more tolerance of ‘middle age spread’. For example, insurer Ageas will charge a 28-year-old with a BMI score of 34 an extra 50 per cent for life insurance, whereas a 48-year-old with the same BMI pays the standard rate for a person of their age.

Morris says: ‘Insurers feel that a high BMI in early years can be an indicator of genetic factors or lifestyle issues that will cause problems in later years.’

(CNN) — It's not been an easy year running a travel news desk. Openings, closings, ever-changing...