An ex Queensland MP has lashed out at the state government over the controversial 99-year lease granted to a Chinese developer.

Wealthy Chinese developers snapped up a portion of Keswick Island on the Great Barrier Reef for about $20million in 2019, but now residents say the Beijing-backed buyers are trying to stop Australians from setting foot on the sub tropical paradise.

The firm has banned boats from accessing the public ramp, shut down the air strip, attempted to stop visitors from using the beach – and locals claim it is being kept exclusively for rich Chinese tourists.

While the breathtaking Whitsundays oasis, 34km north-east Mackay in central east Queensland, is 80 per cent national park, the Chinese company controls the remaining 20 per cent and has used its power to padlock all access points to the otherwise government-owned park. 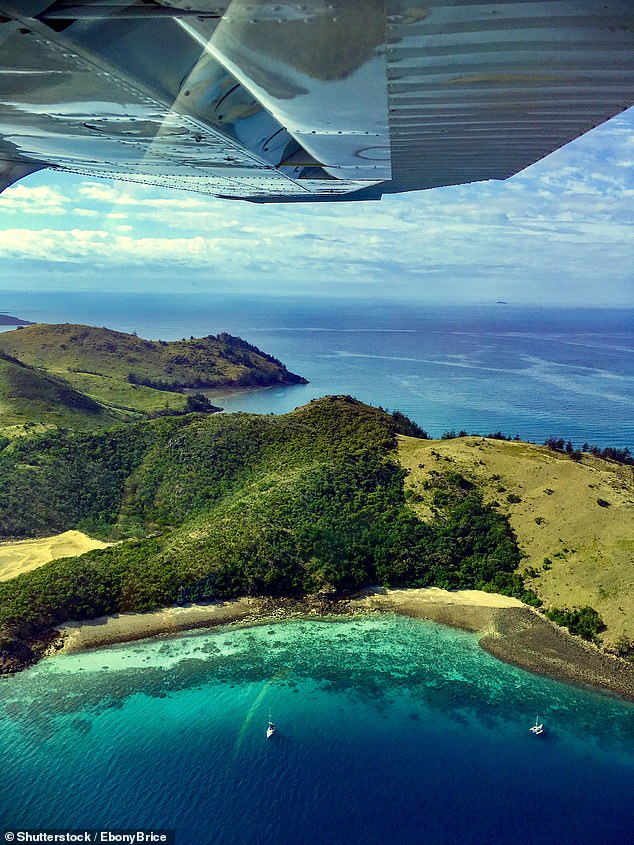 ‘I’m happy to supply the bolt cutter… this is the Whitsundays, not Wuhan. What is going on here?’ He told 2GB radio on Friday.

‘I can’t believe the government signed up investors for 99 years and they treat the community with contempt.’

Mr Costigan is now calling on Annastacia Palaszczuk’s government to come down hard on the developers lording over the island.

‘What we are seeing is land-banking by these foreign companies and the government basically being fooled and taken for a ride hook, line and sinker.’

Diplomatic relations between Canberra and Beijing have deteriorated in recent weeks with the introduction of huge tariffs on a range of key Australian exports. 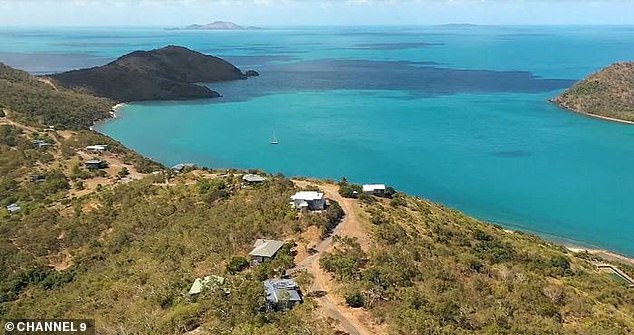 Locals also claim China Bloom has killed tourism by banned homeowners from renting their properties or advertising on AirBnb. Pictured: properties on the island 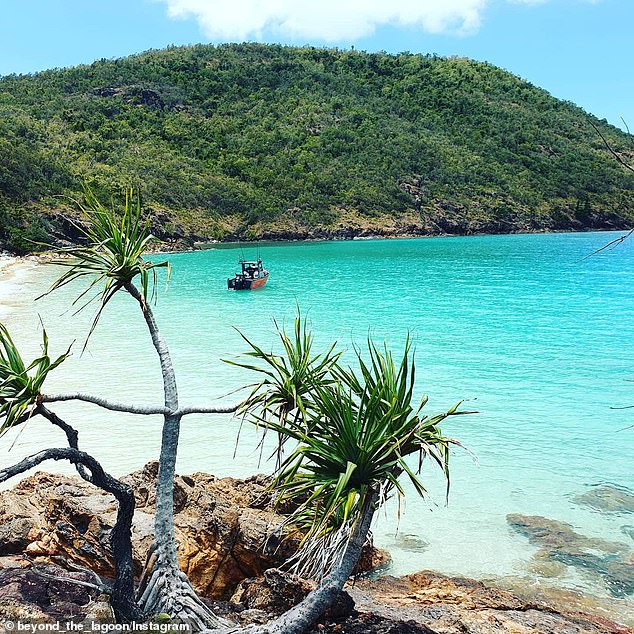 ‘We see it happening under both major parties and it’s got to be called out,’ Mr Costigan said.

‘It’s probably a very difficult time at the moment, given the relationship between Beijing and Canberra, but someone’s going to have to say this is absolute BS.’ 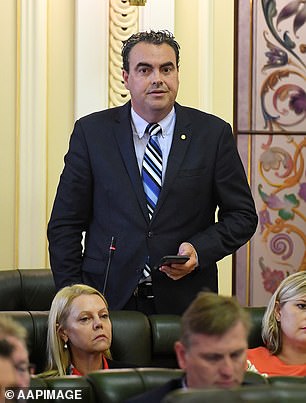 Signs welcoming guests to Keswick Island are still up, but locals are concerned about the array of other signs appearing around public areas, including the pristine beaches of Basil Bay, warning residents to ‘keep out’.

‘I just don’t think they want Australians on the island. I think that they want to have this island solely for the use of the Chinese tourism market,’ former resident Julie Willis told A Current Affair.

Ms Willis and her partner Robert Lee were shocked when they were given three days to vacate their rental property in February, despite having lived there without a problem for six years.

The couple then went to buy a home, but the company demanded they pay an extortionate $100,000 as a security deposit to fix any damages to the house.

Ms Willis said the solar panels needed replacing, but claimed the cost would be ‘nowhere near’ the amount the company asked for. 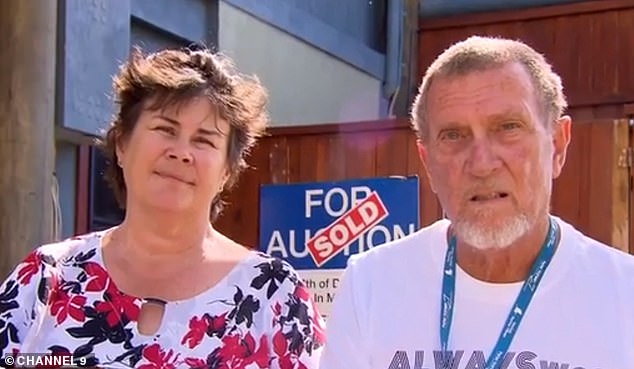 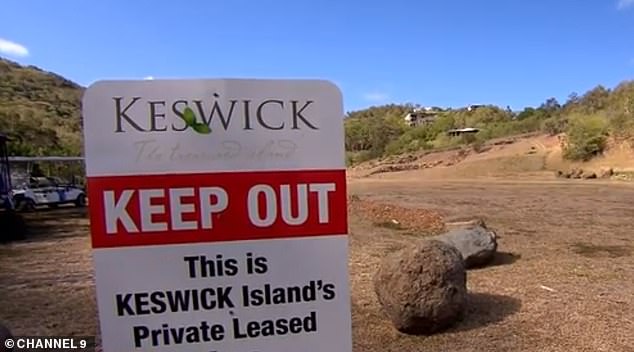 Signs welcoming guests to Keswick Island are still up, but locals are concerned about the array of other signs appearing around public areas (pictured)

‘I think they’re trying to deter us from buying the property,’ she said. ‘They don’t want us here.’

Locals also claim China Bloom has killed tourism by banning homeowners from renting their properties or advertising on AirBnb.

‘As far as I know, there have been no tourists since September last year,’ said Rayna Asbury, who has owned a home on the island for 15 years.

‘At the end of the day, we are all law abiding citizens, we all want to do the right thing, and that’s all we are asking for on this island – for everybody to be doing the right thing.’

Ms Asbury also said the first line of the head lease agreement between the Queensland government and China Bloom states that Keswick Island is for tourism.

She added that the beach, which is a known turtle nesting area, has been overrun with heavy machinery.

China Bloom’s Australian agent is called Greaton Holdings, which is responsible for a number of elaborate constructions projects across the country, including Sydney’s Darling Harbour. 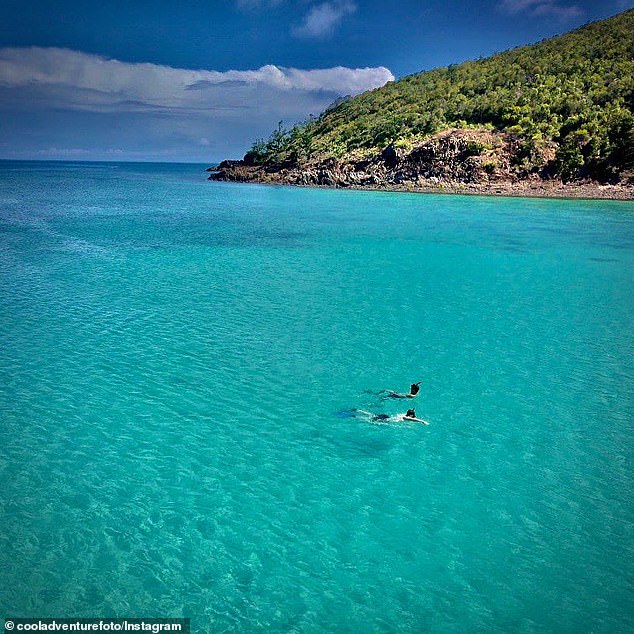 A spokesperson for the Queensland Department of Resources told the program that the issues should be resolved privately between the head lessee and residents. Keswick Island pictured

A spokesperson for the Queensland Department of Resources told the program that the issues should be resolved privately between the head lessee and residents.

‘The Department’s responsibility is to work with both the head lessee China Bloom and sublessees to ensure all relevant activities are in accordance with the terms of the lease, particularly as China Bloom works to upgrade the island’s roads, boat ramps, jetties and marine infrastructure,’ it said.

‘The majority of the issues raised by a small number of sub-lessees do not fall under the terms of the lease and are a commercial matter between them and the head lessee to resolve.’

It also said no one has made a formal application for mediation or arbitration to the department. 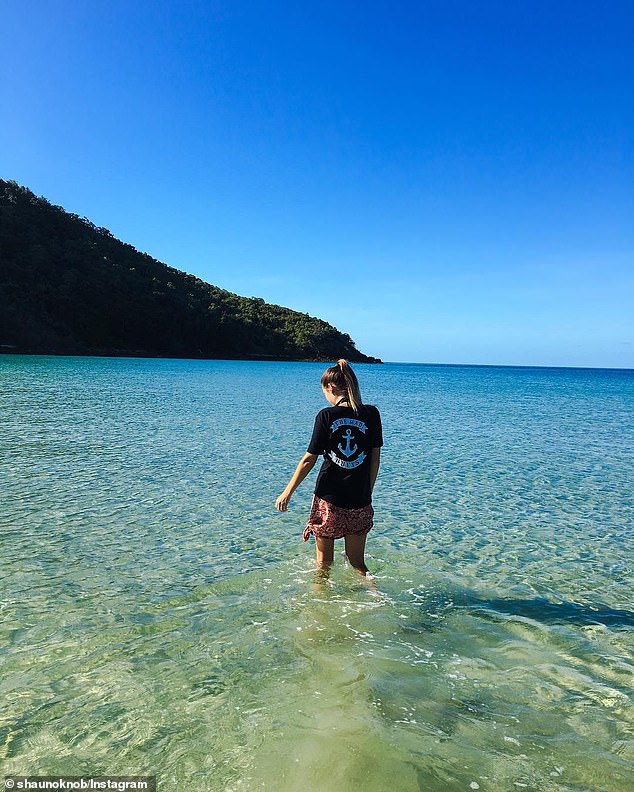 A Department of Environment and Science spokesperson said the beach was being investigated and there was no evidence to suggest turtle habitats were disrupted.

Ms Willis believes Australians should be outraged that China Bloom have restricted access to public land.

‘We want to make a home here, we want to buy our piece of Australia, and China is making it very hard.’

Ms Asbury added that it ‘feels like Keswick Island has become the property of the Chinese Communist Party’.

NIGEL OWENS: We should not change rugby's laws, but be stricter on refereeing them - including me!